Opening film "In the Same Breath," a documentary from Chinese-American director Nanfu Wang, charts the misinformation and propaganda that accompanied the spread of the coronavirus in both Wuhan and Washington. 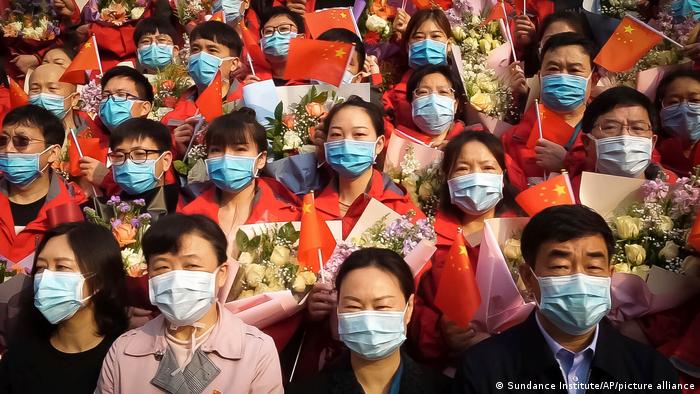 In 2021, the whole world is living under the shadow of COVID-19. So it's grimly fitting that this year's Sundance Film Festival opened with a documentary that reminds us how we all got here.

In the Same Breath from director Nanfu Wang (One Child Nation) is a gripping, emotional account of misinformation and government mismanagement of the pandemic in both China and the US. Wang, who grew up in China but has lived the past decade in the US, draws direct parallels in how the COVID crisis was handled in Beijing and Washington — with authorities first downplaying the danger then mishandling the emergency response.

Wang gathers evidence that questions China's official COVID death count. The official toll, in April, was 3,335 fatalities. The actual figure, the film argues, is likely ten times that. But she also shows how mistrust of the government and the mainstream media led to anti-lockdown protests, conspiracy theories, and the world's highest infection rate and death count in the US. 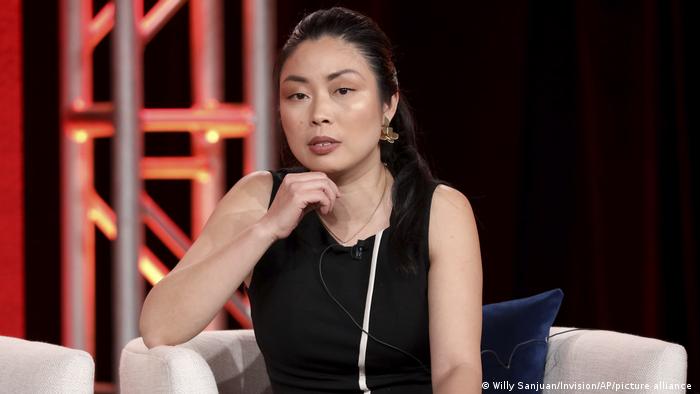 Nanfu Wang in Pasadena, California in 2020

"I have lived under authoritarianism and I have lived in a society that calls itself free; in both systems, ordinary people become casualties of their leaders' pursuit of power," Wang says in a voice-over near the end of the film.

Politics, the pandemic and media manipulation: It's a blistering way to kick off Sundance, which, because of COVID-19, will be almost entirely virtual this year. Aside from a few socially-distanced events in Park City, Utah, the 2021 festival will be online-only. Sundance is smaller than usual — with around 70 films shown over 7 days, compared to about 100 over 10 in a normal year — but there's still plenty for locked-down cinema fans to discover.

Documentary Highlights: Refugees, Soul Music, and a 'Glitch in the Matrix'

Sundance has always been a hotspot for documentaries — over the past five years, the festival has produced three of the five Oscars documentary winners, and 13 of the 25 nominees — and this year looks a prime crop.

Life in a Day 2020 from Scottish director Kevin Macdonald is a sort of companion piece to Wang's film. Compiled from more than 300,000 YouTube videos shot on July 25, 2020, the film promises a snapshot — or thousands of snapshots — from a year many would like to forget. 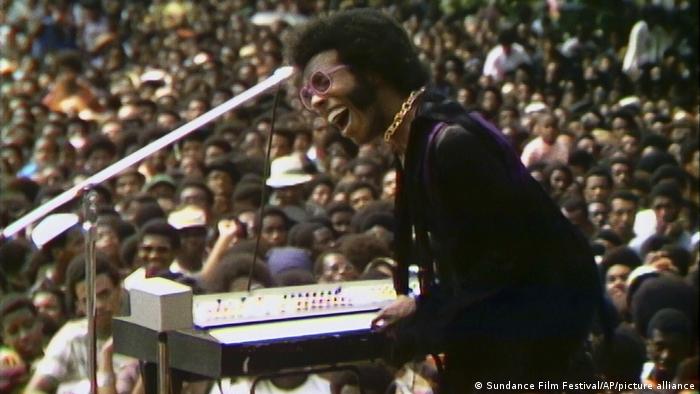 "Summer of Soul" debuts at the 2021 Sundance film Festival

Disaster of the environmental sort is at the core of Lucy Walker's Bring Your Own Brigade, which looks at the impact of the wildfires that have become depressingly common in California.

Other non-fiction highlights include Summer of Soul from director and Roots frontman Questlove, about the 1969 Harlem Cultural Festival, a celebration of African American music and culture that has been almost entirely forgotten; Jonas Poher Rasmussen's animated documentary Flee, about the experience of an Afghanistan refugee in Denmark; and A Glitch in the Matrix, the latest from cult documentary maker Rodney Ascher (Room 237), which looks at that age old question: Are we living in a real world or just a (computer) simulation?

A Focus on Female Directors and Black Power

Historically, Sundance has been a leading force in driving inclusion and diversity, promoting cinema's under-represented voices. 2021 is no exception, with female filmmakers and directors of color taking center stage. Two of this year's must-see movies are from actresses-turned-directors. Land, from House of Cards star Robin Wright, is the story of a woman who sets off into the American wilderness, trying to find meaning in her life after a near-death experience. Wright also stars in the film.

Passing, directed by Britain's Rebecca Hall (Vicky Cristina Barcelona) is a period drama based on the novel by Nella Larsen. Tessa Thompson and Ruth Negga star as two African American women able to "pass" as white decide to live on different sides of the racial divide.

America's tumultuous and often violent history of racial division is the backdrop for another Sundance highlight. In Shaka King's Judas and the Black Messiah, Daniel Kaluuya (Get Out) stars as Fred Hampton, the chairman of the Black Panther Party in the late 1960s who was fatally betrayed by FBI informant William O'Neal (Lakeith Stanfield). 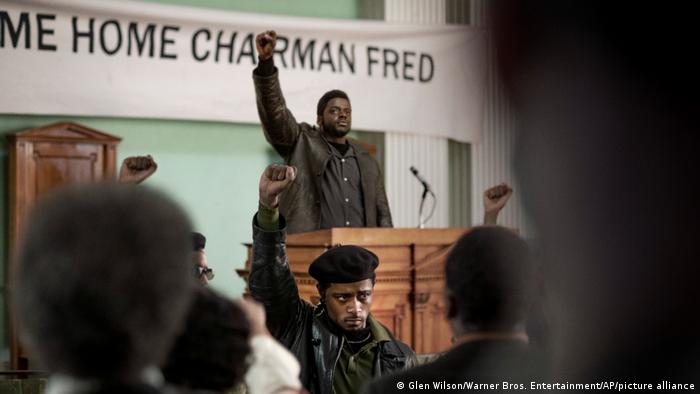 "Judas and the Black Messiah" is in the Oscars race

The film, which HBO Max will release online in the US on February 12, is already a frontrunner for this year's Oscars.

Sundance will also give a few overlooked gems a second chance. Philippe Lacote's spellbinding Night of the Kings and The World to Come from Norwegian director Mona Fastvold both premiered to critical acclaim in Venice last year but have since slipped off the radar. The first, a powerful, modern-day take on One Thousand and One Nights, set in Ivory Coast; and the second — a lesbian love story set in mid-19th century America — deserve another look. Robin Wright stars in and directs "Land," the story of a bereaved woman who seeks out a new life off the grid in Wyoming

Sundance is still the world's most important festival for independent movies and remains true to its reputation for presenting new discoveries. In 2021 these could come from anywhere. Luzzu, a production from Malta about a struggling fisherman, features a cast of non-professional actors; and Cryptozoo, a Wes Anderson-esque animated comedy from American director Dash Shaw, are among the buzziest wildcards.

And for those who want to know what they're getting, there's always Prisoners of the Ghostland, starring Nicolas Cage as a notorious criminal out to rescue a kidnapped girl caught in a supernatural town filled with cursed Samurai.

What more could you ask for?

Berlinale plans a 'festival in two stages' amid COVID uncertainty

2020 European Film Awards turn a challenge into an opportunity