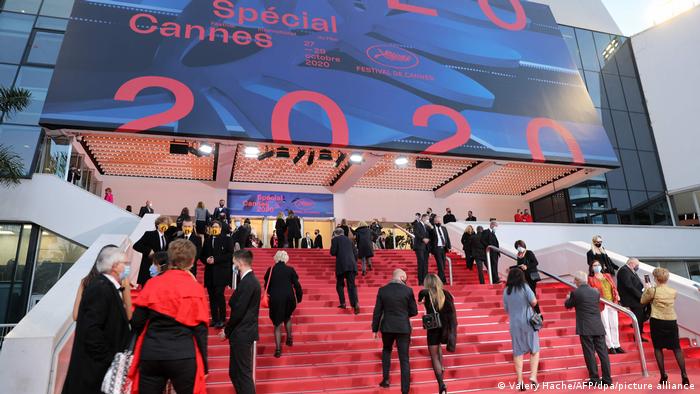 Usually stars and starlets, producers, distributors, film critics and film fans meet at the Côte d'Azur in May. They pose on the red carpet, watch films in movie theaters, chat, discuss, celebrate, make contracts, take selfies. Filmmakers whose works are in the running for the Golden Palm, the prestigious award presented at the Cannes Film Festival, hold their breath.

After hopes for a regular festival were dashed by the COVID-19 pandemic and rising numbers of new infections in France, Cannes offered a symbolic version of the renowned film festival, from October 27-29. Since August, the Cote d'Azur, and that includes the Croisette, the beach promenade and heart of Cannes, has been considered a risk area.

Yes We Cannes: Mini-version of film festival in pandemic

'Special Cannes': A declaration of love for culture

It came as no surprise that no Hollywood stars attended this year and that the event was cut down to three days. But at least it wasn't completely cancelled, said the artistic director Thierry Fremaux on Tuesday evening at the opening ceremony.

Festival President Pierre Lescure called it a "declaration of love" to culture. Previously, the festival organizers had already awarded 56 films with a so-called Cannes Seal of Approval, which means the films can boast they belong to the official, prestigious Cannes selection — even if they never reached the festival screens. 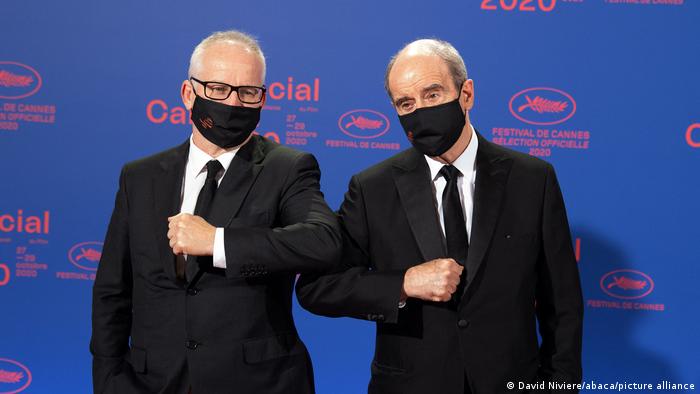 This year, however, everything was different and less glamorous. With a 9 p.m. curfew, there was no typical festival mood to speak of. Whoever walked the red carpet had to pass through disinfection stations and had their temperature taken.

Wearing face masks and keeping a distance, selected guests watched on Tuesday the opening film, Emmanuel Courcol's Un Triomphe. Based on a true story, the tragicomedy is about an unemployed actor who gives theater workshops in prison, performs a play with the inmates and even goes on tour with them.

As the event closed on Thursday, a black carpet covered the traditional red one, and guests observed a minute of silence for the victims of the knife attack in neighboring Nice. 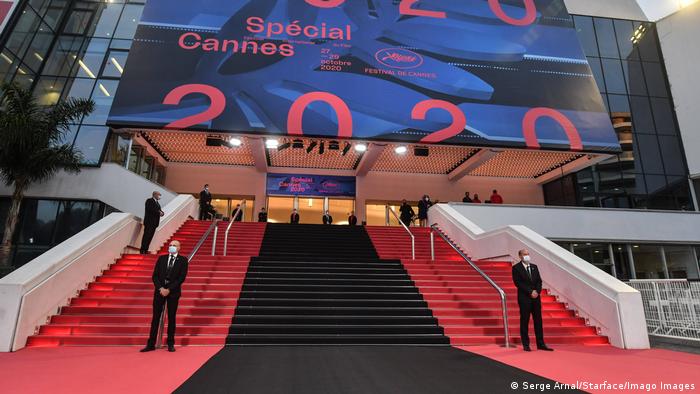 Beyond the pandemic, the terrorist attack in nearby Nice also darkened the red carpet atmosphere

It is an irony of fate that the Cannes special edition was the last film event before the new lockdown, said festival director Fremaux. Beginning on Friday, the entire country goes into lockdown, just like in spring. People will only be allowed to leave their homes with an attestation outlining essential reasons, and all movie theaters in France will be closed.

Next year, the plan is for the festival to take place as usual with a full program in May. No one knows how realistic that is under the present circumstances. But festival director Fremaux is confident: "Cannes will be the first major international event after the pandemic." Just like it was the last before the second French lockdown.

The Venice Film Festival has been marked by the COVID-19 pandemic. The result is an astonishing diversity of films in the competition, including a German one.