Sufi Islam: What you need to know

Sufism is mystical and ascetic form of Islam practiced by tens of millions of Muslims. But radical Islamists have taken to targeting Sufis in brutal attacks, such as the recent massacre in Egypt. 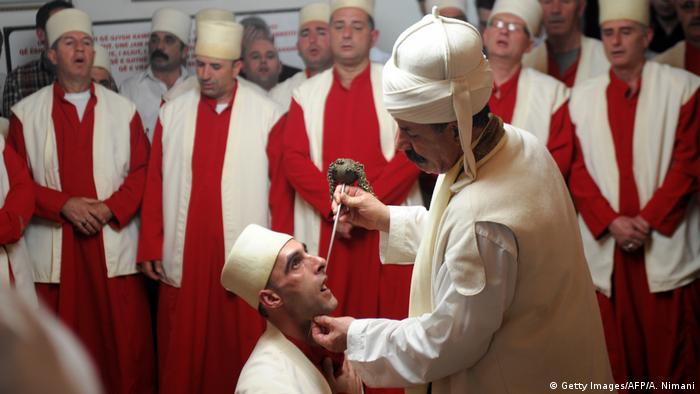 A suspected "Islamic State" militant attack on a mosque in the Sinai peninsula on Friday was the deadliest terror attack in Egyptian history.

The motive behind the attack that killed more than 300 worshippers remains unclear. But the prospect of IS targeting a mosque frequented by Sufis has raised the specter of further violence against a form of mystical Islam with deep roots in the Muslim world.

Sufism is a mystical and ascetic Islam practiced by tens of millions of Muslims. Known as "Tasawwuf" in the Muslim world, in the West it is often erroneously thought of as a separate sect.

Sufism is more prominent among Sunnis, but there are also Shiite Sufi orders, or "tariqa."

Followers of Sufism believe they can become closer to Allah through inner purification and introspection. They do this by meditating and receiving guidance from their spiritual leaders, or "murshid" (guide).

Adherents of Sufism follow the five pillars of Islam just as other practicing Muslims. They declare faith in one God Allah and Mohammed as his messenger, pray five times a day, give to charity, fast and perform the Hajj pilgrimage to Mecca.

Timothy Winter, an Islamic scholar at the University of Cambridge, describes Sufism as "a broad devotional tendency."

"There are no practices or beliefs characteristic of all Sufis. It is too diverse for that," he told DW.

The most well-known "tariqa" in the Western world is the Mevlevi Order, founded by the followers of the 13th Century Persian poet and mystic Rumi after his death in the Turkish city of Konya.

The Mevlevi Order performs the Sufi practice of "dhikr" in a musical ceremony and dance, giving them the moniker "Whirling Dervishes."

Dhikr is a central practice in Sufism, whereby adherents recite divine verses and intone the name of Allah. It can be performed individually or in a group, and can be quiet or out loud. Dhikr practices vary among Sufi orders. 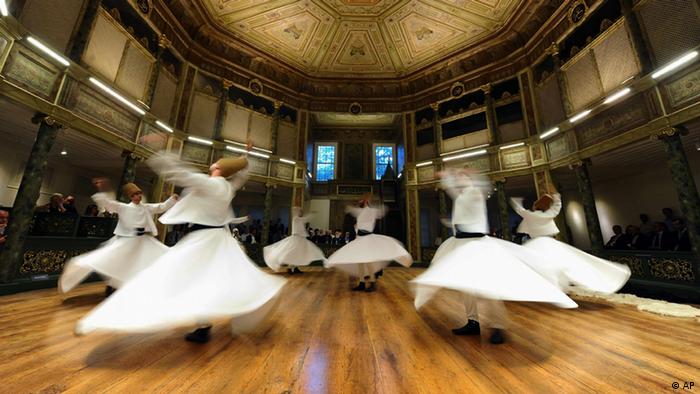 Whirling Dervishes perform the Sema ceremony in Istanbul. They are followers of the Mevlevi Order.

‘Sufism provides for joy in life'

Sheikh Esref Efendi, the spiritual head of the Germany-based Sufi Center Rabbaniya, which is part of the Naqshbandi Order, described Sufism for DW.

"The Sufis are Muslims and live Islam in perfection with body and soul. The body of Islam is Sharia, the law, and soul of Islam is Sufism, spirituality. For Sufis, Sharia is indispensable, because law provides order in life and Sufism provides for joy in life. The daily remembrance of God in the dhikr and the different forms of meditation in the community, strengthen the conscious feeling of closeness to God and the charity for the other."

He continued: "Sufis adhere to the prophet's tradition of loving every creature for the sake of the Creator's love. So they overlook the mistakes and blemishes of the people they encounter and only look at the light of God in them. By recognizing the light of God, the Sufis practice forgiveness of mistakes of man." 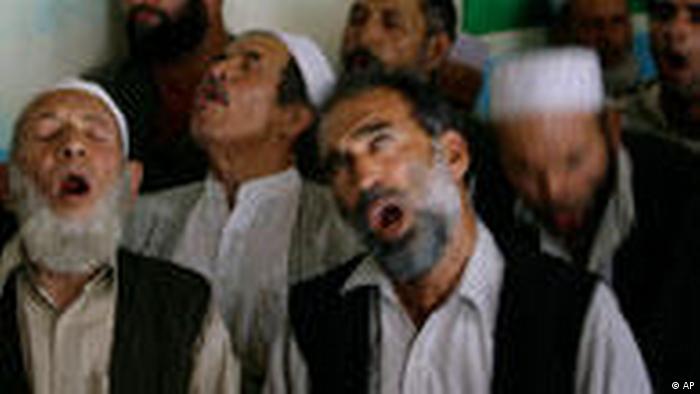 Afghan Sufis of the Naqshbandi Order perform dhitr at a mosque in Kabul.

Sufism originated after the death of Mohammed in 632, but it did not develop into orders until the 12th Century.

The orders were formed around spiritual founders, who gained saint status and shrines built in their names. There are dozens of Sufi orders and offshoots.

Sufism spread throughout the Muslim world, becoming a central component of many peoples' religious practice from Indonesia and South Asia to Africa and the Balkans.

Sufi orders were sometimes close to the ruling powers such as the Ottoman Empire, helping their spread and influence.

As it spread, it often adapted to and incorporated local beliefs and customs that made it popular, but would later become to be viewed by Islamic extremist groups as heretical. 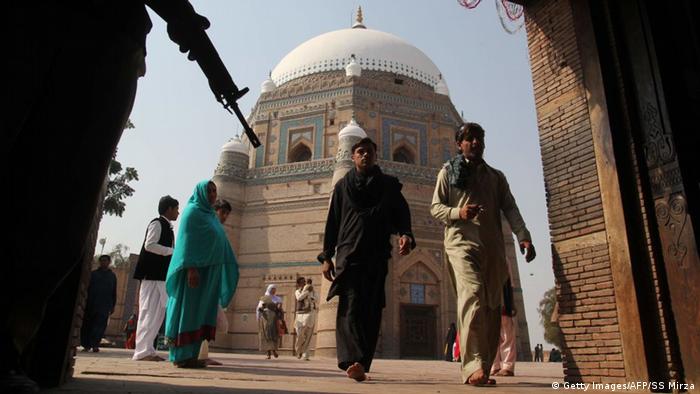 A policeman stands guard in front of the tomb of 13th Century Sufi saint Shah Rukn-e Alam in Multan,Pakistan.

The 18th Century saw the emergence of a new puritanical Islamic ideology and movement on the Arab peninsula that would later give birth to violent extremist groups such as al-Qaeda and IS.

Wahhabism sought to purge Sunni Islam of accretions and innovations such as the widespread Sufi practice of venerating saints and visiting tombs and shrines. The goal was to create a "pure" Islam.

The Wahhabi movement allied with the House of Saud, which eventually established the Kingdom of Saudi Arabia in 1932.

From the 1960s onward, Saudi and Arab Gulf oil wealth helped fuel the global expansion of Wahhabism ideology, which is often associated with hardline Salafism.

Salafist jihadists have repeatedly targeted Sufis, deeming them heretics. They have also targeted Christians, Shiites and others they deem apostates.

Earlier this year, an IS suicide bomber killed more than 70 people at a Sufi shrine in Pakistan.

While no group has claimed responsibility for Friday's attack on a mosque attended by Sufis in the Sinai peninsula, it bore all the signs of IS.

It comes as the Egyptian IS affiliate last year beheaded the blind Sheikh Suleiman Abu Heraz, a Sufi figure.  In January, IS' online propaganda magazine advocated targeting Sufis and warned it would "not permit (their) presence."

Wahhabism vs everything else

For centuries, most of the Muslim world has accepted Sufism, a stance that has been supported by leading mainstream Sunni Muslim scholars and centers of learning.

"The current disputes in the Middle East are not really between 'Sufism' and 'extremism,' but between Wahhabism and everything else," said Winter, adding that mainstream Sunni Islam advocates tolerance and peace.

As Sheikh Esref Efendi explains, IS only sees perceived violations within Islam and "not the people and the light in the people, and therefore call Sufis traitors of Islam."

"IS thinks that any wrong must be punished. They think and commit even the greatest sin of Islam: They declare themselves Gods who can decide on life and death and use violence to kill."

The deportations of an Algerian and a Nigerian, both born in Germany and classed as dangerous, have been backed by Germany’s top administrative court. The evictions stem from a little-used clause in German residency law. (22.08.2017)

Amid celebrations at their largest religious festival of the year, Egypt’s Sufis are struggling with economic and security concerns. Farid Farid reports from Sayeda Zeinab. (27.05.2017)

Critics say a recent ban on hijabs in schools in Karnataka state indicates an attempt to quash religious pluralism in the Hindu-majority country.