It seems you're never too young for a smartphone. Their use to access the Internet is becoming the norm for many of Germany’s children, says an IT lobby group. 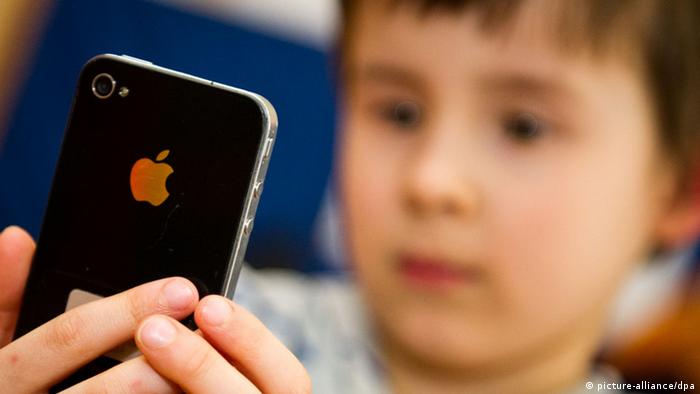 Results of a survey released on Tuesday (29.04.2014) by German IT industry lobby group BITKOM showed children aged 10 average 22 minutes of screen time daily. Nine percent of them use a smartphone to access their chosen online portal. By the age of 12, the organization reported, many children have their own smartphone and by 14 a large majority of teenagers are active within the world of social media via their phones. Researchers noted the number of users accessing the Internet via a smartphone decreases to 47 percent in people aged over 19.

Millions of Internet users communicate with emojis - smiley faces, hearts and little monsters - to avoid misunderstandings and save time typing. But are they causing the death of traditional language? (23.01.2014)