Digital natives use emoticons because they are ′too lazy′ to write properly | Science| In-depth reporting on science and technology | DW | 23.01.2014

Millions of Internet users communicate with emojis - smiley faces, hearts and little monsters - to avoid misunderstandings and save time typing. But are they causing the death of traditional language? 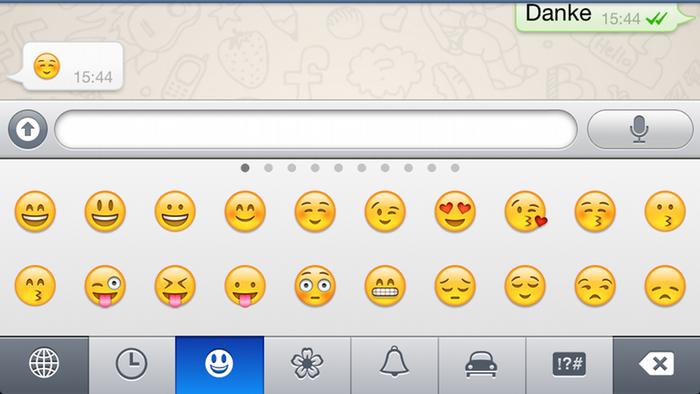 Just how did we arrive in the age of the emoji?

We used to paint pictures on walls in caves. Today, instead of using a piece of charcoal, we use our smart phones. And the subjects have changed too. Instead of drawing mammoths, fire and people throwing spears, we now go for comic figures, airplanes and people holding hands.

These small, ubiquitous symbols - known as emojis or emoticons - have gone from a quasi secret code, used by those who think it's natural to represent a smiley face with a colon, dash and closed bracket, to a fully fledged graphical part of the digital lingua franca.

Emojis are everywhere: in chat apps, such as Whatsapp, on social networks such as Facebook, and the virtually "old-skool" text message.

Alone on Apple's iPhone, emojis have been downloaded more than 20 million times. You can choose from more than 720 icons on most smart phones - with icons ranging from the traditional smiley face to monsters, steaming feces, and bubbly champagne glasses.

Some linguists say the rise of the emoticon is leading to the atrophy of the written language.

They say the digital natives - that's generally people born after the year 2000 who have grown up with computers and the Internet as an integral part of their lives - are "too lazy" to express themselves precisely with words. 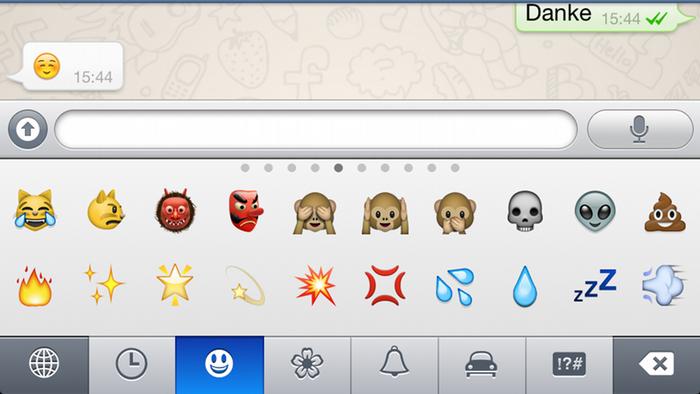 But social psychologist Tina Ganster says emojis are a "creative way of getting around the limitations of digital communication."

Ganster says emoticons are the same as other forms of non-verbal communication in real life.

It's almost impossible to convey gestures, body language and tone in a short, text message. As a result, Ganster says, emojis are often the only way for us to express emotion in an online text.

"These symbols let us make it clear how a message is meant," Ganster says. "They can convey irony or sarcasm and as a result allow us to avoid misunderstandings."

Throw in a winking emoji and the sentence "don't forget to invite your mother to the party" takes on a completely different tone and meaning.

Just as in real conversations, says Ganster, in digital communication we also want to make an emotional connection. Emojis can help us, she says, even while using digital technology, to build such a relationship.

Peter Schlobinski, a linguist at the Leibniz University in Hannover, agrees. He says emojis pose no threat to traditional language.

"It's not as if these symbols are used everywhere and all the time," says Schlobinski. "They are used for a particular form of communication - in text messaging and in chat apps."

As you might expect, the classics are the most popular emjois. emojitracker.com scans all tweets on Twitter for emojis and at the time of writing had a red heart on its No. 1 spot. The red heart has been used more than 242 million times. It's followed by tears of joy in 2nd place (used 153 million times) and a smiling face in 3rd (86 million). 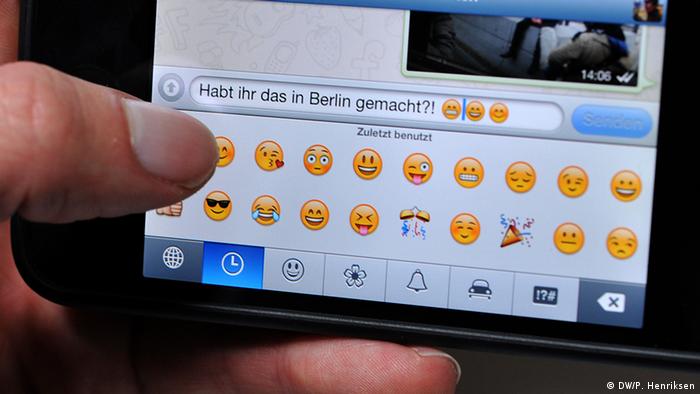 They are the successors of the original emoticon ":-)" which was invented in 1982 by the American computer scientist Scott Fahlmann, a professor at the Carnegie Mellon University. He had grown frustrated because so many of his colleagues misunderstood the comments he made in jest on an online forum. He also invented the character-based symbol for a human smile, which is still used today on the Internet.

The linguist Schlobinski says people also use emoticons to be economical with language. Why waste the few characters we have on Twitter with a whole sentence, asks Schlobinski, when a single emoji will say it all?

When to use an emoji - and which one - depends as much on local culture as our "normal" forms of emoting.

"For instance in Asia, emojis look different," says Ganster. "On faces, the eyes are bigger - much bigger."

Emojis are especially popular in China and Japan, says Ganster, because even their traditional language is based on symbols rather than words.

But beware: emojis can illustrate gestures that mean different things in different cultures.

Take the symbol - and emoticon - that's used by divers to say "okay" - where the thumb and forefinger are joined to make a circle and the rest of the fingers are spread out. It may be a positive gesture in some countries, but in Brazil it's an insult.

Despite the hundreds of emoticons that exist, it's still possible to be misunderstood - just as it is in real life ;-)

Have reports on Facebook's death among teens been greatly exaggerated?

A British researcher has declared Facebook "dead" among teens, despite high penetration. How young people use Facebook certainly does seem to be changing: It's part of a general evolution in the social media landscape. (02.01.2014)

Share prices for the micro-blogging site Twitter surged during its IPO on Thursday. But the online service's massive losses and slumping user numbers raise questions about the business' profitability. (07.11.2013)