US researchers have used probability theory to calculate that the global mean sea level rose slower throughout most of the 20th century than previously thought. But more recently, it may be rising faster. 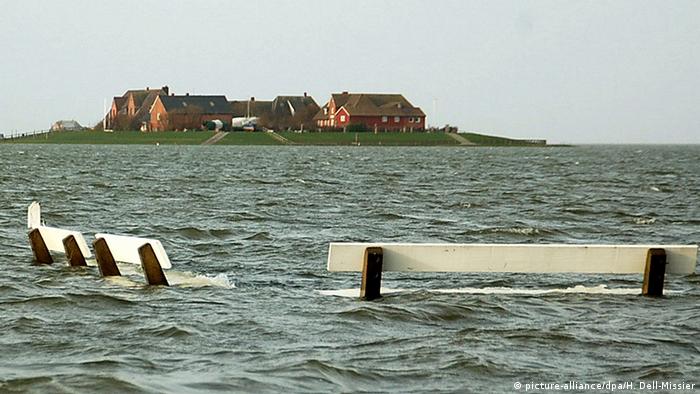 A new study helps clarify the mystery of why the sea levels seem to have risen faster than was expected during most of the 20th century.

So far, researchers assumed that worldwide, the oceans have been rising constantly by 1.6 to 1.9 millimeters per year. But this was far more than could be explained by available data, including on the speed of glacial melt, expansion of water in the oceans due to increasing water temperature, and increased flow of water into the oceans through human-caused draining of land surfaces.

Using a new calculation, researchers found that sea levels likely rose by only 1.2 mm per year from 1901 to 1990. In past decades, this appears to have accelerated to 3 mm.

Probability instead of data

A group of researchers around Harvard University geophysicist Carling Hay had tackled the issue. The study, published January 14 in the journal Nature, used a mathematical method called Kalman filtering to come to its conclusions.

Kalman filtering analyzes incomplete records, taking into account specific probabilities. Besides existing tidal gauge records, the researchers also included specific assumptions about processes that may be contributing to sea-level changes- like melting glaciers or ice at the polar caps.

The result of this "probabilistic reanalysis": Sea-level rise has not been a steady process, but rather has accelerated since the late 20th century. 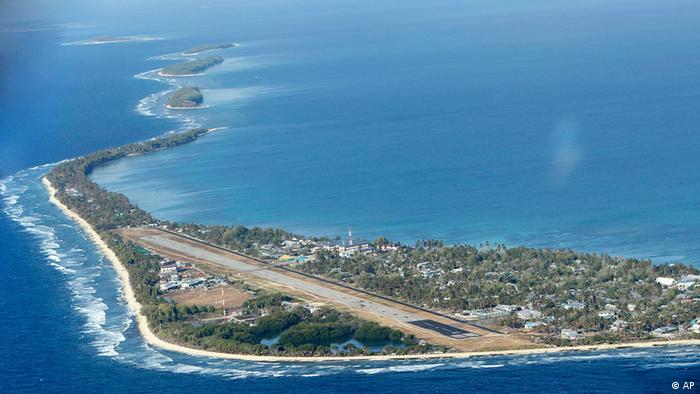 Indeed, records are incomplete. "Global measurements of the sea-surface in form of satellite-data exist only since 1992," says German researcher Sönke Dangendorf, who analyses sea-level changes in the North Sea.

"Before 1992, the only thing we had was tidal gauges, which are located only in specific places along the coasts," Dangendorf told DW.

But for reliable calculations of the global sea levels, those gauges are of limited use. "They are strongly influenced by regional effects: For example by wind systems, which transport huge masses of water from one part of the ocean to another," Dangendorf says.

Dangendorf also pointed out another problem: tidal gauges are located on land. "But the land itself can sink or rise relative to the ocean," he says. 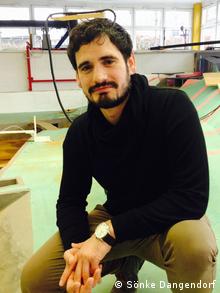 This can happen through volcanic and tectonic activity of the earth, through groundwater level changes, or even through the slow settling of landscapes after the last big Ice Age.

Even though such effects can be included in the calculations, large uncertainties remain.

Making the analysis even more difficult is that before 1950, gauges existed almost exclusively along European and North American coasts.

"There were only three gauges at the beginning of the 20th century in the southern hemisphere: Two in Australia and one in New Zealand - but none in South America or in Africa," Dangendorf says.

Calculating a global average from very local records also presents challenges. "The farther we go back in history, the bigger the uncertainties - because regional sea levels start dominating."

Modern satellite data has made it easier for the researchers to collect reliable data: about the height of the water surface, the movement of water masses, and temperatures in the ocean; as well as about the development of glaciers, and ice sheets on the polar caps.

Dangendorf assumes that in decades to come, it will be possible to tap satellite observations to eventually also measure accelerated sea-level rise, even at individual gauges. He stresses, however, that up to now gauge records show "no statistically relevant changes."

Especially the role of ice sheets in the polar regions needs to be further researched. "Antarctica is the greatest factor of uncertainty in these observations," because scientists there have "not understood the processes very well," Dangendorf concludes.

Removing CO2 from the atmosphere

Global warming must not exceed two degrees Celsius. To achieve this, CO2 emissions have to be reduced and greenhouse gases removed from the atmosphere by 2100, say experts. (15.01.2015)

Bankers and investors are questioning whether it's worthwhile to invest in fossil fuels, especially in light of new climate agreements that could leave the materials in the ground forever. (22.12.2014)

On analysing sea level rise in the German Bight since 1844