Study: Right-wing extremism and Islamism reinforce each other

An analysis of social media content has found right-wing extremists and Islamists share fundamental similarities. The racism of the far-right and religious beliefs of the Islamists result in similar viewpoints. 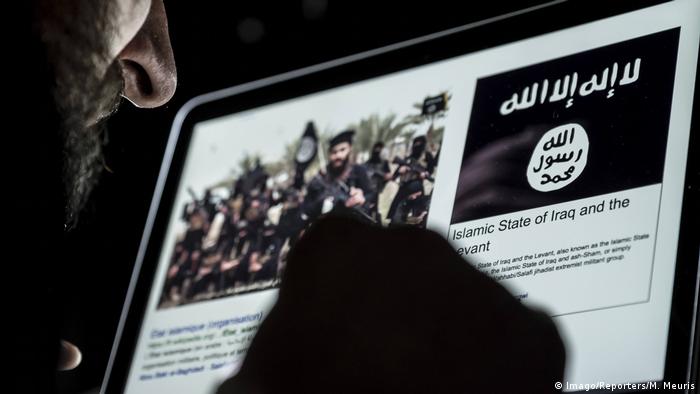 Hostility towards Muslims and Islamism are closely linked and mutually reinforcing, according to a study from the Jena Institute for Democracy and Civil Society published on Friday.

Between 2013 and 2017, researchers from the Jena Institute and the London Institute for Strategic Dialogue examined more than 10,000 pieces of Islamist and right-wing extremist Facebook content, as well as more than 1 million German Twitter contributions.

The analysis of the social media content found the mobilization and radicalization strategies of the two groups were similar, but anti-Muslim contributions by comparison were "more radical and more widespread."

Islamism and right-wing extremism meet ideologically in anti-Semitism, in conspiracy myths and in the goal of homogeneous societies, the study found. The respective beliefs are therefore racist on the right and religiously founded among the Islamists.

It found the two groups relied on each other to foster the sense of an enemy and to give credibility to their extremist narratives.

The study was funded by the German Federal Ministry of Family Affairs.

Germany's Interior Ministry has said at least two extremists were granted asylum thanks to a flawed processing system at the BAMF Bremen office. Another 44 approved refugees were also found to have Islamists ties. (04.06.2018)