Study: Child obesity rates in Germany high, but not increasing

A top German health body has released a report on children’s health. Obesity, smoking and psychological issues all remain problems. 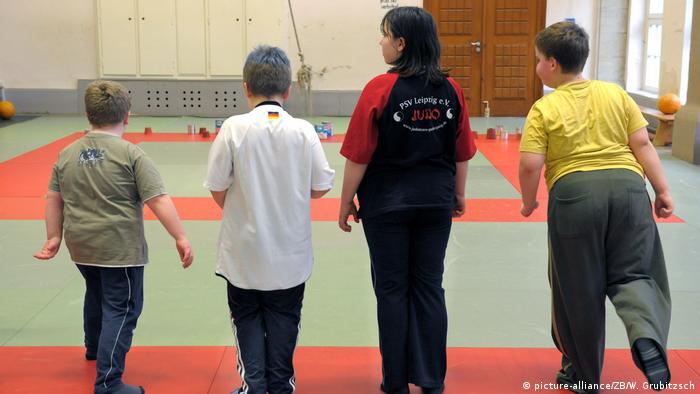 One in five children in Germany show indications of having psychological problems, according to a study released on Thursday by the Robert Koch Institute, Germany's public health body.

Boys are more likely to have both emotional and behavioral problems than girls.

According to the study, 15.4 percent of children between 3 and 17 are overweight or obese. That is a similar percentage to numbers from more than a decade ago.

Although overweight or obesity rates are high, researchers found it positive that the upward trend has stopped. At the same time, they say that the fact that the levels remain so high means there is no room for complacency.

The study also found a correlation between children's weight problems and their socio-economic status, with kids from less-educated and well-off households most affected.

Another issue is lack of exercise. Only 22.4 percent of girls and 29.4 percent of boys aged 3 to 17 years exercised 60 minutes daily, as recommended by the World Health Organization.

The study also found that adolescents who smoke are likely to continue to do so as adults. Only 15 percent were able to quit as adults.

Smoking mothers have an impact on children's health. One in nine mothers with children aged 0-6 smoke. That is about a 50 percent drop from more than a decade ago.

Some 25,000 children, adolescents and parents participated in the latest study conducted between 2014-2017.