Two years after Moammar Gadhafi was killed in the revolution against him, the country still stands on shaky legs. Strikes at oil fields and ports are both a symptom and a cause of national instability. 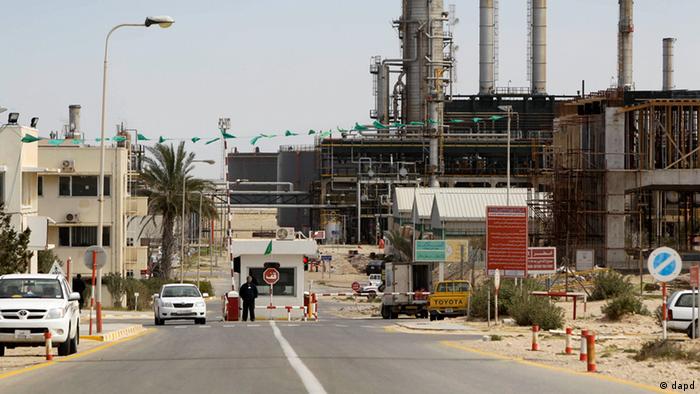 Libyan officials could heave a sigh of relief - albeit it a small one - last week when a notorious militia in the west of the country reopened a criticial pipeline and consequently the path to greater oil production which had fallen to just ten percent of pre-revolution levels.

Prime Minister Ali Zeidan's government had spent weeks in talks with the Zintan militia and protesters, most of whom are oil field security guards calling for back pay and better living conditions. It is not, however, clear whether the decision to resume operations at the El Sharara oil field is part of a lasting agreement, or a more temporary measure.

Shortly before the valves were opened, the Libyan leader warned that he was not willing to "let anyone hold Libya and its resources hostage." He said he hoped his government would not be forced to do anything it would rather not, but that the groups behind the stoppages should "calculate what they are doing, so that when action is taken, everyone will understand why."

As yet, there has been no such action, and Zeidan also agreed to a 20 percent pay rise for civil servants, which includes oil field security guards. So for the time being production in the west of the country is back up to some 700,000 barrels per day. But the heavily armed Zintan militia, which is also holding Seif al-Islam Gadhafi and refuses to hand him over to Tripoli, is unpredictable. 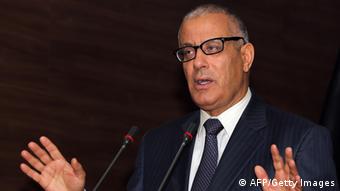 Premier Zeidan is accused of empowering the militias

The situation in the east of the country, which is home to the majority of the country's oil production, is even less certain. There, the pipelines remain dry, and the protesters resolute.

"The strikes in the east are mostly for economic and political reasons and are linked to a move to support federalism," Charles Gurdon, managing director of political risk consultancy Menas Associates told DW.

Since the revolution, the eastern state of Cyrenaica has been calling for autonomy from Tripoli, which syphoned off its oil reserves and revenues during the long Gadhafi era. In June of this year, the Cyrenaica Transitional Council said it was ready to go it alone, and has since threatened to continue, and indeed escalate oil strikes in the region unless the Libyan government agrees to its demands.

Tripoli strongly opposes federalism and is not going to concede ground by changing the structure of government, but at the same time, it desperately needs to return to producing - and exporting - oil at a level closer to its pre-2011 average of 1.6 million parrels per day. This mutual exclusivity, coupled with leadership weakness, leaves the nation at an impasse.

"The problem in Libya is that there isn't a national army, but militias everywhere that are largely predicated on local demands, local power and local resources," Gurdon said. In short, the government simply isn't strong enough to take control of the situation.

Last month, Interior Minister Mohammed al-Sheikh stepped down, citing Zeidan's failure to tackle widespread violence and accusing him of relying on tribal support rather than concentrating on building up a national army and police force. 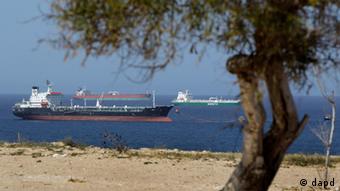 Richard Dalton of the Chatham House Libya working group says the way out of the current stalemate is unclear. "They want to talk down the individual groups involved, and to end their blockades by negotiation," which Dalton describes as the "Libyan way" of doing things. But the longer the situation persists, the weaker the government looks.

Dalton says the government will not use lethal force, but that in threatening to arrest those who hold up oil production - many of whom are former anti-Gadhafi rebels - it leaves some doubt in the minds of the militia. Whether that doubt is a match for the desire for regional autonomy is debatable.

In a press statement, it said the "security and business situation" meant it had decided to pull staff out of the country, but that it would be happy to reconsider the situation as and when Libya becomes more stable.

That scenario, however, may be a long time coming.

Elastic at the best and worst of times, the price of oil has been rising in keeping with tensions in the Middle East. DW looks at the possible effects of the Syria conflict on the global energy market. (11.09.2013)

NATO is holding off on Syria. But, members - in particular, the US - should intervene, argues alliance chief Rasmussen, because the use of chemical weapons must be punished. (02.09.2013)

Oil, politics and the family in Liberia

Eyebrows were raised in Liberia when President Ellen Johnson Sirleaf accepted her son's resignation as chairman of the National Oil Company of Liberia and as her senior adviser. (20.09.2013)