Parts of Germany have come to a standstill after storms and torrential rain, especially in the south. One person died and daily life has been disrupted. The worst weather appears to be over, for now. 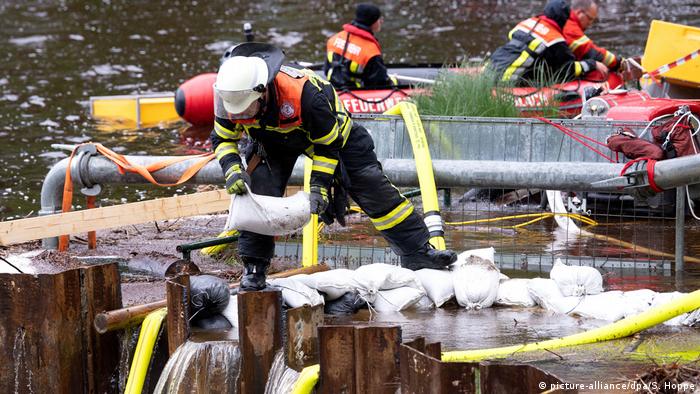 Heavy rain and thunderstorms, mainly in southern and central Germany, have left rivers overflowing and streets flooded. A man was reported to have died in the Bavarian town of Aurach on Tuesday after his car skidded off the highway.

The heaviest rainfall was recorded on Germany's southern border with Austria. The Deutscher Wetterdienst (DWD) weather service reported that some locations in the region experienced a month's worth of rain in 48 hours. Areas in western Austria and eastern Switzerland were also affected by the storm.

The DWD said that strong rain and storms would continue in the eastern part of Germany into early Wednesday. 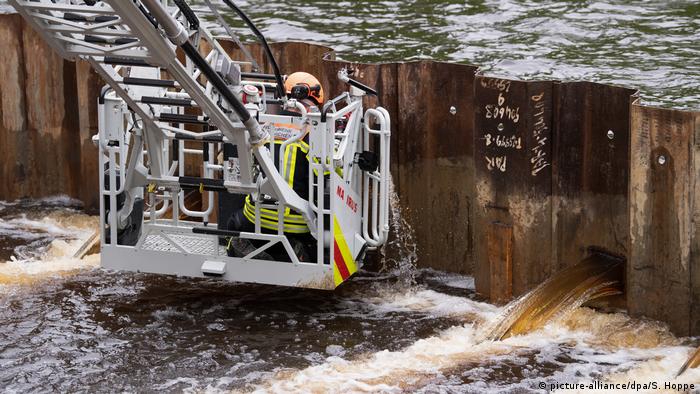 A firefighter tries to open a flood gate in Strasslach, Bavaria

Images from locations in Bavaria showed water had reached knee-level in the streets. Melting snow from the Alps joined the rain in the foothills to make the flooding worse. 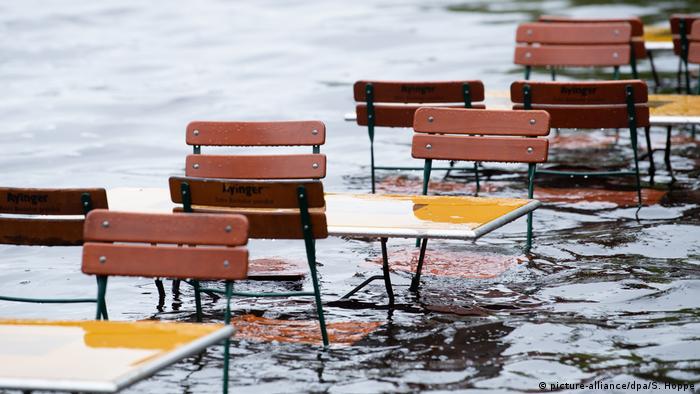 The water rose over tables and chairs in Strasslach, south of Munich

In the north, the worst of the rain appeared to be over by Tuesday evening with sunny spells due to high pressure expected later on Wednesday, a DWD spokesperson said.

"The wind stream should be heading east, towards Austria, and the problems in the south, in Bavaria, should ease on Wednesday but further storms may return on Friday." 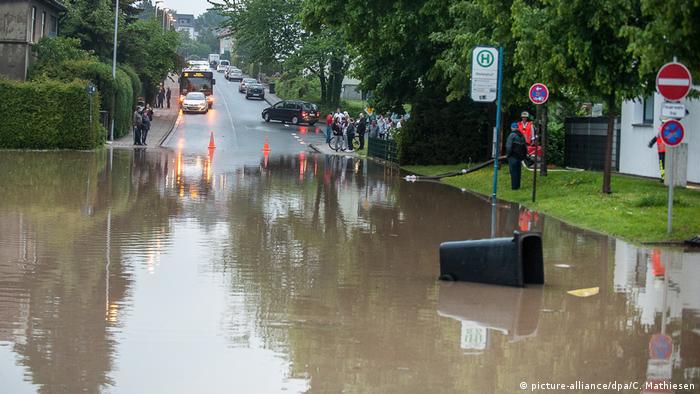 A flooded road in Bielefeld, northeast of Dortmund

Further north on Tuesday, a hospital was partially evacuated in the city of Helmstedt, east of Hanover, following a ceiling collapse. The incident took place in the delivery room and was due to a clogged downpipe. 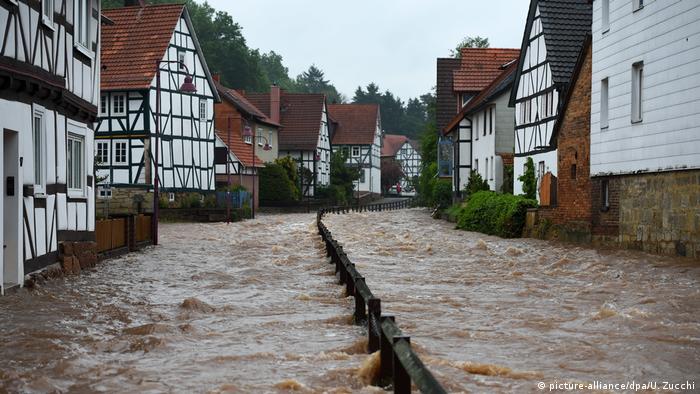 The river Losse burst its banks in Hesse

By the Austrian border, the city of Wangen in the Allgäu triggered a flood alarm as the Upper Argen, which flows through the city, exceeded safe levels, said a spokesman for the city.

Further disruption due to downpours resulted in motorways being closed, and a number of rail links, including South Thuringia, were affected.

In 2013, record flooding hit the South German village of Fischerdorf. Authorities are erecting new defenses to protect residents in the future. Our reporter spoke to locals still rebuilding their lives five years on. (16.04.2018)

The second major storm to hit Germany in a month has flooded city streets and caused havoc for transport. Four people were killed when the brutal winds brought down trees in Poland and the Czech Republic. (31.10.2017)

Snowmelt in the Alps and volatile weather patterns have caused rivers across Germany to burst their banks. Europe's most important shipping routes have been closed off to traffic, with some areas facing evacuation. (06.01.2018)