Twitter banned, the opposition threatened - at least one of Germany's ruling parties has had enough of Turkey's government, and wants to prevent the country joining the EU. But Berlin and Brussels are less strident. 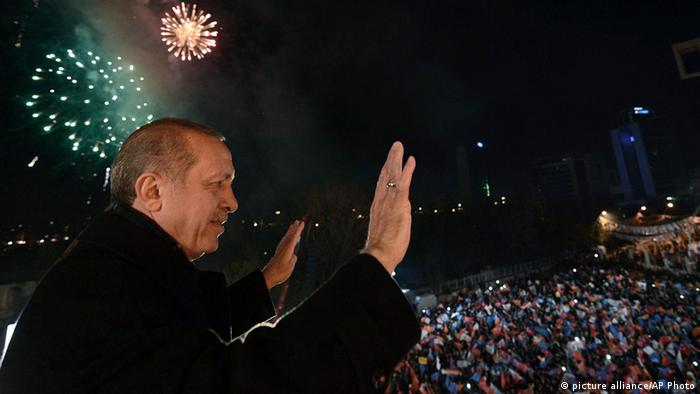 Gerda Hasselfeldt, Berlin regional leader of the Christian Social Union, the Bavarian sister-party to Chancellor Angela Merkel's Christian Democratic Union, tried to calm the waters - even before they were disturbed.

On Monday evening (31.03.2014), her party's general secretary, Andreas Scheuer, had called for the negotiations on Turkey's accession to the European Union to be stopped. "It is becoming clear that Erdogan's Turkey does not belong to Europe," he said in Munich. "A country in which the government threatens its critics and tramples democratic values cannot belong to Europe."

The most that the EU should offer Turkey, he said, was "privileged partner" status, before adding that the CSU was calling on anyone who had campaigned for Turkey's full EU membership, "to finally renounce that decision and join the CSU's objections." This remark was aimed at the Social Democratic Party and the Greens. Merkel, like her partners the CSU, is in favor of a privileged partnership for Turkey rather than full membership. 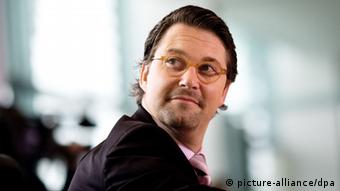 Scheuer thinks that enough is enough

But Hasselfeldt did not see any reason for immediate action. "Our position has always been that Turkey should not be allowed into the EU, and that we are pursuing the principle of privileged partnership," she said Tuesday. Current developments in Turkey have filled her with concern, she said, adding only that developments there would be closely observed.

The CDU's reaction has also been relatively calm. Parliamentary Chief Whip Michael Grosse-Brömer was critical of the limits imposed on social networks, such as Twitter, in Turkey, saying that being able to express your opinion via such channels was part of a democracy.

Not fitting the image

Germany's other major parties - the SPD, Greens, and the socialist Left party - did not initially respond to Scheuer's statements. But Turkey is certainly on the current political agenda all over Europe.In his victory speech Sunday night after local elections across the country, Turkish Prime Minister Recep Tayyip Erdogan declared that he would pursue his opponents "to their last hiding places." His enemies, he said, would have to "pay the price" for the accusations and criticisms of the past few months.

Rolf Mützenich, deputy chairman of the SPD's parliamentary group, said in a newspaper interview that Erdogan's threats "did not fit into the image of a modern Turkey." It would be necessary, Mützenich added, to raise the issues of basic rights and freedom of expression in the EU accession talks. CDU foreign policy spokesman Philipp Missfelder also expressed his concern: "The relationship to the NATO partners is difficult because we need Turkey as an important ally, but we can't observe with indifference the developments in the country ."

It is up to EU leaders in Brussels to decide on Turkey's accession. The negotiations, which began in 2005, were only just picked again last autumn, following a three-year hiatus. These talks are divided into 35 chapters - though more than a dozen of these are still blocked because of the stalemate over Cyprus, which Turkey has occupied the northern half of since 1974. 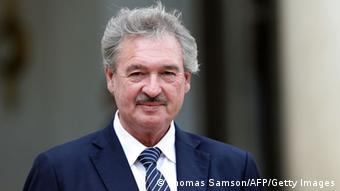 Asselborn says "we can't accept" the gap in basic values

Luxembourg's Foreign Minister Jean Asselborn also told Germany's "Tagesspiegel" newspaper that "we can't simply accept" when there are major differences on basic values between the EU and Turkey. And yet he did not agree with Scheuer's argument that talks should be terminated.

Elmar Brok, chairman of the European Parliament's Foreign Affairs Committee, made a proposal of his own in the same newspaper. It was time to consider having Turkey join the European Economic Area (EEA) instead - this would not exclude a possible EU membership at a later date. The EEA already includes a number of countries, such as Norway, that are not EU members.

Google has also expressed its own concerns. The California-based Internet giant said it has received several indications that Ankara is diverting the searches of Turkey's Google users. Turkey also took administrative action to ban the Google-owned video site YouTube.

Google software engineer Steven Carstensen wrote in the company's blog on Saturday that the majority of Turkey's Internet providers had manipulated so-called DNS servers. "Imagine if someone had swapped out your phone book with another one, which looks pretty much the same as before, except that the listings for a few people showed the wrong phone number. That's essentially what's happened," Carstensen wrote. This, he said, allows the government to effectively block websites it doesn't like.

Erdogan in Germany: cherished and controversial

Gezi Park protests, corruption allegations, YouTube censorship: Turkish Prime Minister Erdogan's image in Germany has been tarnished by several scandals. But German-Turks may still be important to him this summer. (30.03.2014)

Local elections in Turkey will show whether voters have decided to reward or to punish Prime Minister Erdogan for his style of leadership, says DW's Baha Güngör. (28.03.2014)