The Erdogan phenomenon and a desperate opposition | Europe| News and current affairs from around the continent | DW | 31.03.2014 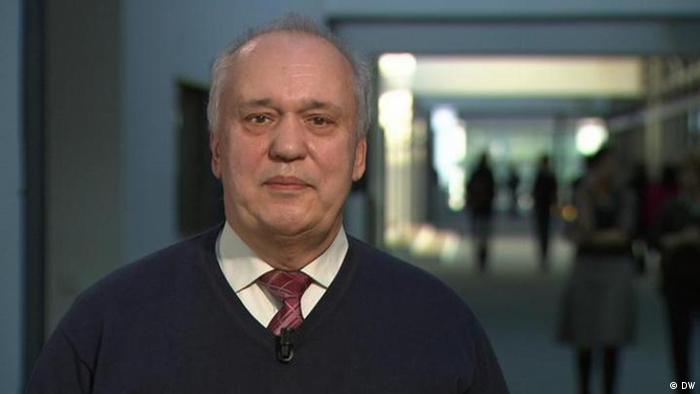 Erdogan's conservative AKP party once again triumphed in nationwide local elections in Turkey on Sunday. Meanwhile, his political opponents and critics are desperately trying to recover from the shocking result, which was even more clearly in favor of the AKP than expected.

The opposition parties' main failure was an absence of convincing arguments, strategies and manifestos. Their attempt in some regions to unite and stand up to the AKP never got off the ground.

How could that have happened? Hadn't countless corruption accusations surfaced against Erdogan, his family and several members of his government? Wasn't it a foregone conclusion that voters would teach him a lesson? How could the AKP once again win in populous areas like Istanbul and Ankara, despite rival candidates that were deemed to be very strong? These are some of the questions that beg to be answered after the failure of the anti-AKP front, and after Erdogan's party increased its share to more than 45 percent of the vote nationwide, compared to 39 percent in local elections five years ago.

The fact that the AKP didn't manage to win 50 percent of the vote in parliamentary polls three years ago is a blemish on the party's showing. The events have made the Republican People's Party (CHP) irrelevant. Under party leader Kemal Kilicdaroglu, who is pale in comparison to Erdogan, the CHP faces a descent into unimportance.

Revenge of the underprivileged

The outcome of the election is a slap in the face of the established parties and educated classes for their arrogance toward Turkey's masses, which have been oppressed and exploited for decades. People who work as servants and live in largely degrading housing projects in the major cities took revenge on their employers, as did traditionally disdained rural populations.

Erdogan knew how to give these people a convincing new sense of identification: religion instead of transient secular values. Undereducated Turks - easily the majority of the 77-million-strong population - regard Erdogan as their advocate, which is why they have allowed the accusations of graft to slide.

The center-left CHP, which only managed to increase its share of the vote by 2 percent - to almost 26 percent - didn't benefit from its cooperation with right-wing nationalists and Kurds. Instead, the odd, quixotic anti-Erdogan constellation damaged the Kemalist CHP's credibility.

Europe must be patient

Erdogan's speech on Sunday night was far removed from what victorious parties in Europe usually do on election night: strive for conciliation and thus sympathy. Instead, he made hazardous foreign policy remarks, stating that Syria is "at war" with Turkey - very risky comments for the prime minister of a NATO state whose allies don't want to be drawn into the Syrian civil war.

Fethullah Gülen is another clear loser of the elections. Both Erdogan and the rest of the opposition outperformed the cleric's movement, which has operated from the US since 1999.

What, then, should Europe expect? In negotiations, Erdogan will be more forward than ever, and he also won't shy away from challenging his country's aspirations to join the EU. But that should under no circumstances tempt EU governments to write off Turkey, and certainly not to break off accession talks. Europe still needs Turkey as a reliable economic and military partner in a troublesome region.

Local elections in Turkey will show whether voters have decided to reward or to punish Prime Minister Erdogan for his style of leadership, says DW's Baha Güngör. (28.03.2014)

The Turkish government has blocked YouTube and is outraged over the release of an official recording regarding national and international security questions. The fate of the perpetrators and the government are at stake. (28.03.2014)