Having dressed Beyonce, Lady Gaga and Kim Kardashian among others, Thierry Mugler is best known for his power dressing creations in the 1980s and was respected in LGBTQ+ circles. 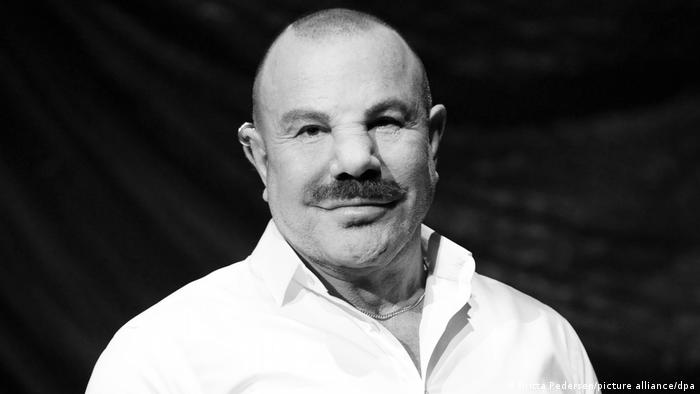 The godfather of power dressing

His death was announced via a statement in both French and English on Mugler's official Facebook page: "We are devastated to announce the passing of Mr Manfred Thierry Mugler on Sunday January 23rd 2022. May his soul Rest in Peace."

Described as architectural, avant-garde and theatrical, his fashion designs often featured broad shoulders, plunging necklines and sculptured silhouettes. While recent fans include Beyonce, Lady Gaga, he also dressed David Bowie, Diana Ross, Grace Jones and Duran Duran — among many others — during his haute couture heyday in the 1980s.

"I am deeply sad to hear that yet another of fashion's great innovators has left our world this week. Thierry Mugler, literally shaped the 1970s and 80s with his spectacular sharp designs," wrote Duran Duran keyboardist Nick Rhodes on the band's Facebook page, while singer Diana Ross shared a picture of herself and the designer on Twitter.

Besides his groundbreaking designs for women, Mugler also bucked convention by featuring a wide range of body types and gender identities on his runways. Trans models such as Teri Troye and Connie Fleming have been featured in his shows, while Mugler's successor Casey Cadwallader has continued with the fashion house's tradition, sending trans stars such as Hunter Schafer and Dominique Jackson down the catwalk.

Mugler also designed the outfits of singer George Michael's "Too Funky" music video in the early 1990s, which featured a host of supermodels including Linda Evangelista.

And the dress he fashioned for Demi Moore's character Diana Murphy in the 1993 film "Indecent Proposal" was once described as "the most famous dress of the 1990s."

Celebrities in the noughties also embraced Mugler's designs. Lady Gaga wore a Mugler outfit in her music video for "Telephone", while rapper Cardi B, who enjoyed a close friendship with the designer, often donned his designs on red carpets and in her music videos. Cardi B. at the 'Thierry Mugler: Couturissime' exhibition opening in Paris in September 2021

Mugler designed costumes for Beyonce and her on-stage persona Sasha Fierce on her "I Am... World Tour."

In 2019, he created a one-off design for Kim Kardashian to wear to the Met Gala, themed "Camp: Notes on Fashion." The body-skimming latex corseted dress was adorned with beaded crystals resembling drops of water dripping off the star's body. It took eight months to make and was the designer's first creation in two decades for the House of Mugler. 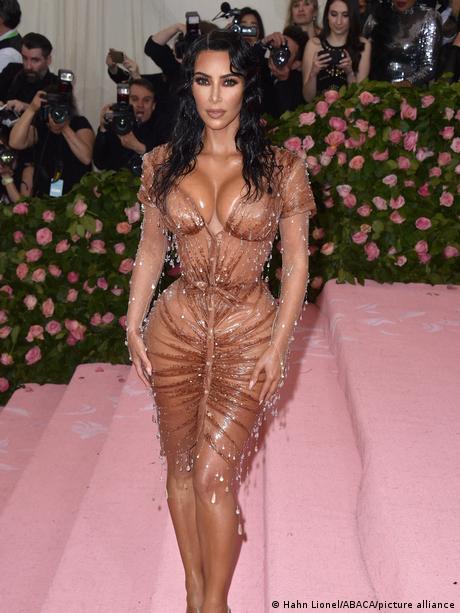 From Manfred to Thierry — and back

Born in Strasbourg, France, in 1948, Manfred Thierry Mugler had an authoritarian, old-style German upbringing, according to curator Thierry-Maxime Loriot, who spoke to DW in the past. His family relations lacked affection, and his mother was, according to Mugler's own description, "an artist, comedienne and tragedienne, diva and superstar." Tall, broad-shouldered and with flaming red hair, she made a strong impression on Mugler throughout his formative years and became his original muse.

Having learnt ballet, he joined the Ballet du Rhin aged 14. He also had stints as an acrobat and a fashion model. After landing fashion jobs and spending time in London, Amsterdam, Milan, Barcelona, he established his eponymous label in Paris in 1973, which impressed buyers from department stores in London and New York City.

As a marketing strategy, he dropped his first name, Manfred — which he began using again since 2007.

"I didn't rechristen myself, Manfred is my real first name, the one that appears on my passport. For the fashion world I needed a name that was more synthetic," Mugler said in an interview with the online magazine Numero Homme in 2017, adding that the name "Manfred, with its Austro-German resonances," did not quite fit his idea of a fashion label

In the same interview, he also attributed his vastly changed visage to "facial reconstruction following a serious accident at the gym that completely smashed my face. If that hadn't happened, I would never have done anything with my face," he said.

Mugler's iconic designs were featured in 2021 in an exhibition at the Museum of Decorative Arts in Paris entitled "Thierry Mugler, Couturissime."

Mugler's agent had told AFP that the designer had been planning to announce new collaborations this week.