Visionary couturier, director, photographer and perfumer: French designer Thierry Mugler is back in the spotlight with a retrospective celebrating how he empowered women by dressing them as superhero glam stars.

Looking at the creations on show — nearly 150 garments, illustrations, photos and videos — the link between heroine and hyper-femininity comes through each of Mugler's works, whether in his designs highlighting sculptural silhouettes, with broad shoulders and body-fitting shapes, or the playful, catwalk theatrics featured in the video he directed for George Michael's 1992 single, "Too Funky."

"All the women in Mugler's world were strong, independent and did not need men around," the exhibition's curator Thierry-Maxime Loriot told DW. "There is a beautiful message for a young generation of women to understand Mugler's fashion in today's social context — how his designs were a tribute to women and that he wanted to empower them with his clothes and give them the freedom to be whoever they wanted to be." 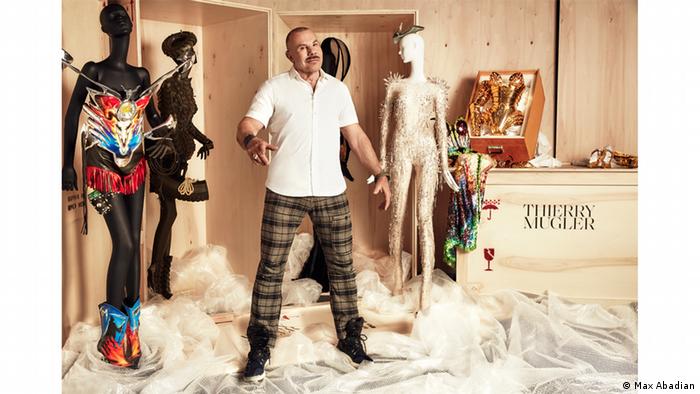 Thierry Mugler surrounded by his designs

Manfred Thierry Mugler was born in Strasbourg, France, in 1948. He had a "very authoritarian, old-style German upbringing," says Loriot. His family relations lacked affection, and his mother was, according to Mugler's own description, "an artist, comedienne and tragedienne, diva and superstar." Wide-shouldered, 175 centimeters tall and with flaming red hair, she stood out and made a strong impression on Mugler throughout his formative years, becoming his original muse.

"His mother considered the way she looked and her couture wardrobe a priority: Always stunning, she was a mix of Rita Hayworth and Betty Grable incarnate. She did her shopping at the local market, young Thierry in tow, shod in scarlet-red, high-heeled boots and dressed in a long lynx coat," says Loriot.

In Mugler's youth, music also played an instrumental role; he grew up listening to composers like Mozart and Beethoven. From the age of 9, Mugler learned classical dance. He was 14 when he signed his first contract with the Ballet de l'Opéra national du Rhin as a dancer.

Ballet costumes allowed him to develop his understanding of anatomy, movement and fabric functionality. "Dance taught me a lot about body language, the importance of shoulders, how to hold the head, walk, and place your legs; these sensations helped me create an essential fashion style that is both functional and refined. Fashion is like a daily personal 'performance.'" Mugler once said. 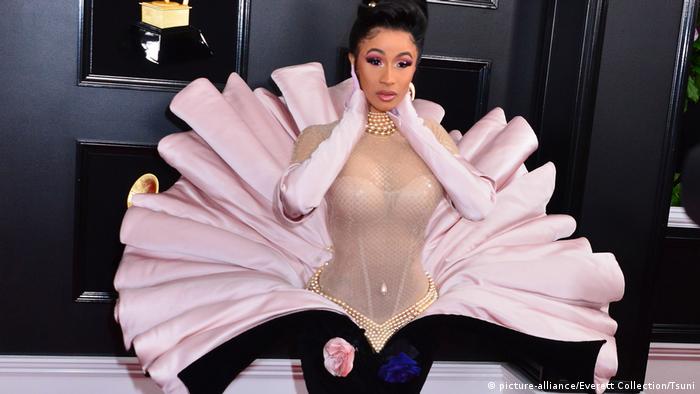 Dancing professionally for six years, he worked on various ballets, including productions of Swan Lake. Mugler then also studied at the École nationale supérieure des arts décoratifs in Strasbourg and began to make his own clothing. "As a child, nothing suited me in the way of clothes, and I was already cobbling together my own, which were an integral part of my search for an identity," Mugler told Loriot.

Paris became a haven for him as a young adult, and though he initially moved there to audition for dance companies, he quickly focused on his work as a designer, realizing he could make a living out of fashion when Dorothée Bis and Cacharel bought his illustrations.

After landing fashion jobs and spending time in London, Amsterdam, Milan, Barcelona, he established his eponymous label in Paris in 1973, which impressed buyers from department stores in London and New York City. As a fashion label strategy, he then dropped his first name, Manfred — which he has been using again since 2007. 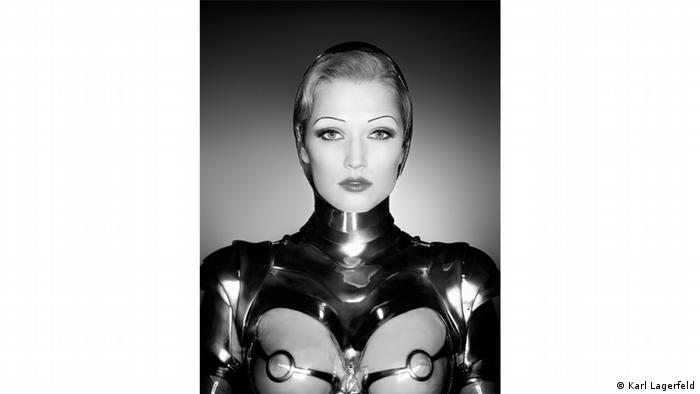 Mugler never forgot his ties to dance and theater. Fashion critics often refer to Wagnerian influences when reviewing his collections: "Out of Wagner operas floated velvet capes with enormous stand-up collars and leather military bandoliers over trousers, tight-fitting jackets and high boots," wrote for instance one journalist of his 1983 collection.

'A touch of fantasy and fetishism'

The designs on display at the "Couturissime" exhibition reveal what a "glamazon" — the glamorous female warrior — could possibly wear: body-hugging contours with angular shoulders and accentuated corsets with fitted waists.

Unafraid to experiment, Mugler integrated textural components like vinyl, fake fur, latex and metal in his designs. His iconic motorcycle corset stands out in the show, with its rear-view mirrors extending the curves of a bra, handlebars coming out from the waist and a hood ornament at the center of the bust.

That style left such an impression on Beyoncé when she saw the piece at the Metropolitan Museum of Art's 2008 "Superheroes: fashion and fantasy" exhibition that she contacted Mugler to design costumes for her "I Am… World Tour."

The collaboration wasn't the first time Mugler outfitted Hollywood and music stars. He has also designed Demi Moore's memorable black dress for the film Indecent Proposal (1993). Diana Ross and her daughter, Tracee Ellis Ross, have both walked the runway for Mugler, and he has dressed an impressive list of pop icons, including David Bowie, Céline Dion, Liza Minelli and Lady Gaga.

At a VIP dinner at the Montreal Museum of Fine Arts ahead of the opening of the exhibition on March 2, social media star Kim Kardashian was also among the guests, presenting archive Mugler outfits.

Mugler has also worked with prominent photographers like Herb Ritts, Peter Lindbergh and Helmut Newton. In 1976, Newton shot an advertising campaign for Mugler. Annoyed by the designer's constant interventions, Newton told him: "If you're so sure about what you want, then why don't you do it?" Mugler then took over the reins, photographing campaigns for his clothing and perfumes on his own.

Similarly, Loriot described his own working relationship with Mugler in putting together "Couturissime." Here too, the designer couldn't let go, even though they both enjoyed the process: "He was in fact interested in thinking how he would modify [his garments] or redo them now."

But for an individual who — from a young age — embraced the arts in diverse areas along the way, his raison d'être centered on design for dynamic women. In his own words, "The Mugler woman is a winner who is command of her look and her life. She is free and sure of herself. She has fun."

How Karl Lagerfeld made an icon of himself

He was more than a legendary designer. Gerd Müller-Thomkins, director of the German Fashion Institute, discussed with DW Lagerfeld's French and German sides, his irony and his unique twist on today's selfie society. (20.02.2019)

The Berlin show "Women on View" examines how photographers like Helmut Newton have depicted women as objects of desire. Despite today's gender rights movements, advertising remains in the Dark Ages of gender cliches. (01.02.2019)

The German-Jewish Blumenfeld was one of the mid 20th-century's most sought-after fashion photographers. But his work is more than glitz and glamour. An Amsterdam show highlights how avant-garde art played into his work. (14.02.2019)