Spotlight Berlin: Illegal Immigrants and the Health Care Dilemma | Germany | News and in-depth reporting from Berlin and beyond | DW | 26.02.2009

Berlin may introduce an "anonymous insurance certificate" to allow illegal residents to see a doctor without legal repercussions. Deutsche Welle looks at the issue of illegal immigration and health care in Germany. 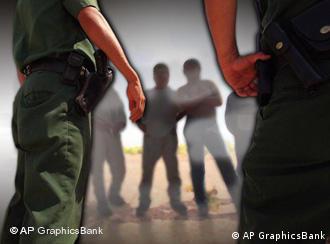 Germany is home to an estimated one million illegal migrants; in Berlin alone, up to 250,000 people live without any personal identity documents. That means they also lack the health insurance card that's required to get full medical treatment here.

According to German asylum laws, these people are entitled to medical treatment in cases of emergency. The problem is that if they reveal their identity they will be treated -- but might end up being deported as a result.

No political solution to this dilemma in the form of new laws is in sight. But the city state of Berlin is now seriously considering introducing an anonymous health insurance card for illegal residents on a case-by-case basis. Welfare offices would cover the costs for cardholders' treatments. The Senate is looking into the feasability of such a scheme.

Read on for background information on health care and illegal immigration in Germany.

Germany classifies as an illegal migrant foreigners who enter Germany without a valid passport, residence permit or visa. They are not otherwise exempt from these requirements, such as through European Union law or other international agreements.

Also, breaking the conditions set by a visa or residency permit, such as staying longer in Germany than allowed, can result in a person becoming an illegal immigrant.

In Germany, doctors, hospitals, social workers, teachers and other employees at public institutions -- often called upon to help illegal immigrants -- are among those who can be subject to legal action if they fail to report illegal immigrants to authorities. This is not the case in many other European countries. 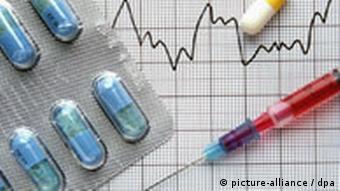 Doctors can be stuck with the bill for treating illegal immigrants

The German legal clause that governs this issue states that people who help instigate, prolong or support the stay of an illegal immigrant can be penalized.

Yet doctors' groups, among others, oppose this ruling. They say they shouldn't be required to report patients' personal information, including immigration status, to authorities.

Because public health care is covered by insurance providers, facilities that provide care to illegal immigrants without health insurance often have to pay for the treatment themselves.

The BAMF, however, added that indicators -- including the number of people caught trying to illegally enter the country, raids against human trafficking and smuggling operations, and the number of crimes committed by illegal immigrants -- pointed to a nearly constant decrease in illegal immigration since 1998.

Escaping poverty, war and repression, as well as family reunification, are among the main reasons people attempt to illegally enter Germany, the government said.

A new initiative in Brandenburg is aiming to remedy Germany's acute doctor shortage with professionals from eastern Europe. They'll be joining the growing ranks of health care workers from former communist countries. (16.03.2008)