Europe Agrees to Blue Card for Skilled Migrants | Europe| News and current affairs from around the continent | DW | 22.10.2008 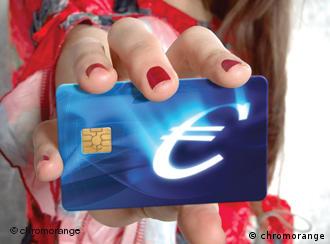 The Blue Card, which will be good for up to four years, will speed up the application process and make it easier for workers to bring families, get housing and acquire long-term resident status.

The EU hopes that the coordinated system for allocating work permits will allow the EU to compete with other Western countries for educated migrants such as technology workers and hospital staff. As Europe grows older, the shortage of skilled professionals is expected to increase.

The Blue Card would allow an immigrant to work in one EU country. After the first 18 months, the worker could then move to another country, but would still have to apply for a new Blue Card within a month of arrival. 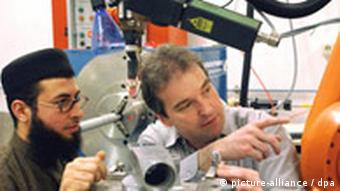 Germany, like other EU countries, is short on engineers

Some say that these limitations, insisted on by countries such as Germany, will make the scheme less attractive as the card will not allow Blue Card job seekers to move freely within the EU.

"It is clearly a step in the right direction but I don't expect it to be a big success because if you compare it to the United States, a similar title gives access to the whole US market," Jakob von Weizsaecker, a German labor market specialist with the Brussels-based Bruegel economic policy think tank told Reuters.

EU ministers are expected to endorse the Blue Card scheme before the end of 2008 and it will then come into force by mid-2010. New EU countries such as the Czech Republic insisted on the delay, since their own citizens are not yet allowed to work in all EU countries.

The German interior minister has expressed strong reservations about an EU-wide "Blue Card" at a meeting of ministers in Brussels. But the need to attract skilled foreign workers was widely acknowledged. (06.12.2007)

Several thousand people took to the streets of France's capital to protest against sweeping new immigration guidelines agreed by EU leaders as the British government warned of tougher entry restrictions. (19.10.2008)