Whether with "Do The Right Thing" or his upcoming Netflix release, Spike Lee's works offer essential snapshots of race relations. DW discussed US history with the filmmaker, going from George Washington to George Floyd. 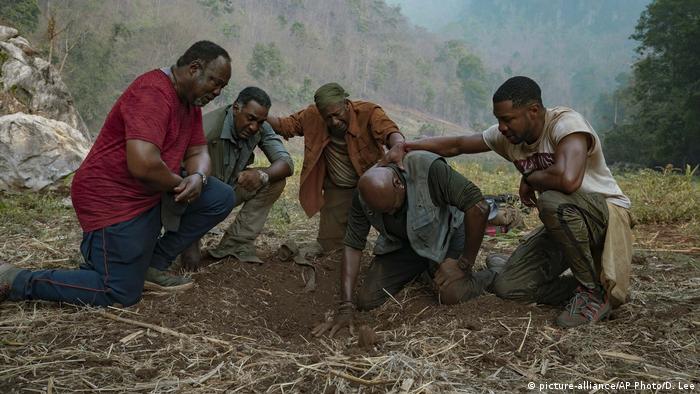 Spike Lee is up for it. The 63-year-old director of BlacKkKlansman, Malcolm X and Do The Right Thing has been doing quick hit interviews for his new film, Da 5 Bloods, which premieres worldwide on Netflix, June 12.

Lee didn't see anything new in that George Floyd video. At the climax of Do The Right Thing, the director's breakout film from 1989, the gentle Radio Raheem, played by Bill Nunn, is killed by the police. With a stranglehold.

"When I saw [the George Floyd video], I thought 'I just saw this, with Eric Garner!'" says Lee, referring to the 43-year-old black man who was filmed as he was killed by police, with a chokehold, on July 17, 2014. "I made a film about it! Do the Right Thing was based upon the real-life chokehold murder of graffiti artist Michael Stewart [on September 15, 1983]. And then I began thinking about all those other black people being killed."

Then Lee did what he does. He made a film about it. The short 3 Brothers, which Lee posed online June 1, edits together the real footage from the Eric Garner and George Floyd killings with scenes from Radio Raheem's fictional murder. The film starts with a title card. In red: "Will History Stop Repeating Itself?"

Sitting in his living room in Brooklyn (the interview was done, as is typical these days, via Zoom), Lee is framed by pictures of black stars from sports, show business and politics. The back wall is filled floor to celling with historic photos and newsreel shots. Lee is smack in the middle, wearing a black baseball cap emblazoned with the number 1619: the year when the first slave ship from Africa landed in America. Year one of African American history.

For nearly 40 years now, Lee has been mining that history for his work. Sometimes he goes at it straight on — like with epic biopic Malcolm X, the birth-to-assassination story of the legendary civil rights leader, played by Denzel Washington. Sometimes, like with the lightly-fictionalized BlacKkKlansman, based on the real-life Ron Stallworth, the African-American detective who infiltrated the Ku Klux Klan, Lee comes at history sort of sideways.

Staying alive to find a way to change America

In Da 5 Bloods, he manages to do both. On its surface, Da 5 Bloods is pure popcorn, a war movie/action adventure about four African-American war veterans who return to Vietnam to recover the remains of their fallen leader and search for a buried treasure. It's part The Treasure of the Sierra Madre, part Apocalypse Now. But fun. When the four vets meet up back in 'Nam, the first thing they do is hit a club. Cut to the aging quartet — Paul, Melvin, Otis and Eddie — as they shimmy through a crowd of 20-somethings. A true Motown fan will recognize their names as those of the Temptations.

In between the dancing and the action — there's the requisite exploding mines and jungle shootout — Lee slips in social commentary on race and, yes, African-American history. Like the fact that the first American casualty of an armed conflict —the first man shot at the Boston Massacre, on March 5, 1770, in the lead-up to the Revolutionary War — was a black man, Crispus Attucks. Or that George Washington, the first President of America, owned 123 slaves. "We were never taught that [in school]," says Lee. "They left that out! On purpose!" 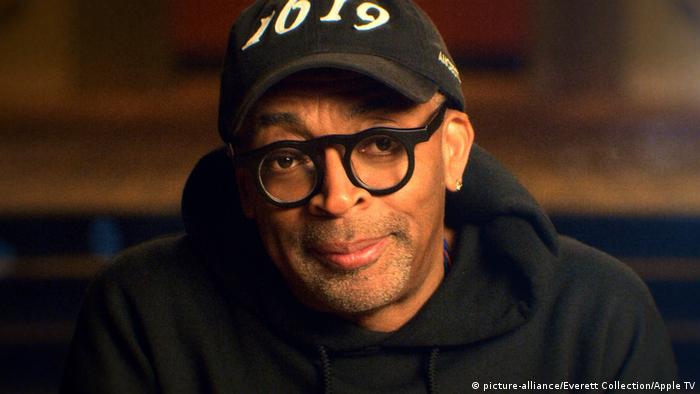 The number on Spike Lee's cap refers to the year a ship carrying the first enslaved Africans arrived in the English colonies of North America, in 1619

One of the strongest scenes of the films shows, in flashback, the black soldiers in Vietnam receiving the news of the assassination of Martin Luther King Jr. via an English-language Viet Cong propaganda broadcast. Heavily armed, and angry at being asked to die for a country that is killing their leaders, the men debate whether they should turn their machine guns on the white officers. Eventually, Norman, their squad leader (played by Black Panther star Chadwick Boseman), talks them down. Better to stay alive and find another way to change America.

He's heartened by growing calls, in Minneapolis and elsewhere, to defund the police. "There is a national cry for these police departments, across America. We have to do something with them, they've got to be reformed. Change has to happen in how policing is done in the United States of America."

Even the presidency of Donald J. Trump, the man Spike Lee calls "Agent Orange," isn't enough to deter him. "Agent Orange is going to go down as the worst president in the history of the United States," he says. "And it is funny now to see his allies, these generals and politicians, who are slowly starting to move away from him, because they can read the writing on the wall. And they don't want to go down in history attached to this guy. To be written down as on the wrong side of history. With a capital W."

"The hope I see is with the millions of Americans who are taking to the streets. Them saying enough is enough. I see hope. And I'll feel more hopeful on November 4th. That's the day after the presidential election."

The most successful movies of all time

Two of James Cameron's works are record-breaking titles, but overall, the "Avengers" films dominate the list of the world's top 10 box-office hits. (22.07.2019)