The man seen as the architect of the Social Democrats' victory in September's election, Lars Klingbeil, is to become party chairman. Together with leftist Saskia Esken, the moderate will lead Germany's oldest party. 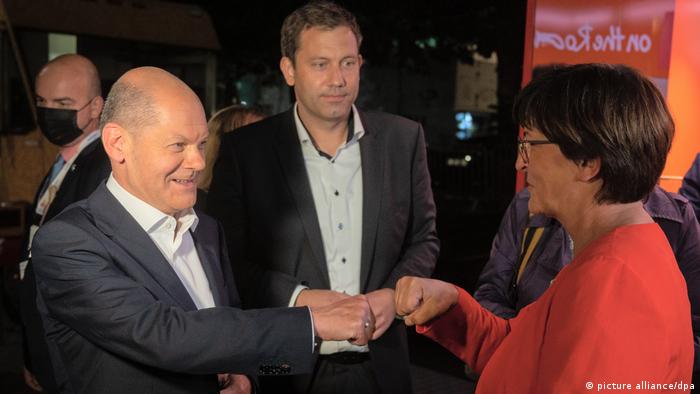 Olaf Scholz, Lars Klingbeil and Saskia Esken will be the new SPD leadership

Things are going well for Germany's center-left Social Democrats (SPD). At the end of September, they won the federal election; they are now in the process of negotiating a coalition agreement to govern jointly with the Green Party and the neoliberal Free Democrats (FDP). The SPD has already scheduled a special party congress for December 4, at which the coalition agreement is to be approved, and the election of the new government, with the SPD's Olaf Scholz as chancellor, is planned for the following week.

There's an old saying that one shouldn't change horses midstream. But in a way, the SPD is doing just that, as it prepares to step up from its position as junior coalition partner in the shadow of Chancellor Angela Merkel's long-governing center-right Christian Democrats (CDU). Klingbeil, who currently serves as the SPD's general secretary, is set to succeed current party co-chair Norbert Walter-Borjans, 69, who announced last week he wanted to step down. The duo was unanimously nominated and will be elected at the December 10-12 party congress.

The 43-year-old Klingbeil has won plaudits for his role in orchestrating the SPD's election success. The campaign was completely tailored to the candidacy of Olaf Scholz, who has been serving in Merkel's government as finance minister and vice-chancellor. It ran stringently, without disruption, and party operatives worked together effectively. In previous elections, the SPD's top brass was often prone to backbiting and internecine arguments. This time around, they presented a unified front, displaying an unprecedented degree of harmony. 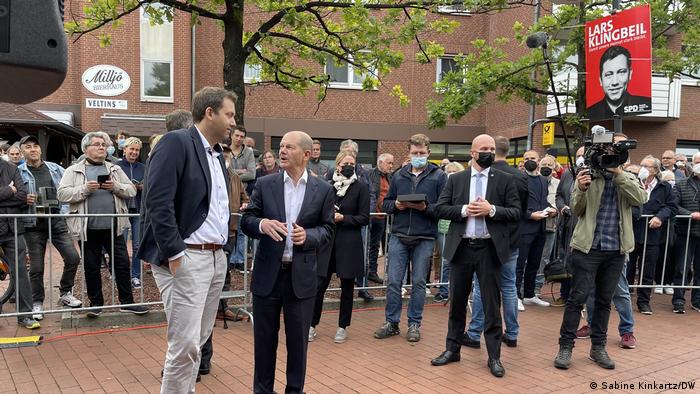 Lars Klingbeil orchestrated the SPD's election campaign, which was completely tailored to the candidacy of Olaf Scholz

It was by no means a given that things would go so well. Half a year before the election, the SPD was still hopelessly behind in the polls, rarely reaching more than 15% support among likely voters. An SPD election victory seemed unimaginable, and optimism among party leaders seemed at times almost grotesque.

But then, the opponent — Merkel's party colleague Armin Laschet — made one mistake after another. When the SPD did not react immediately, Klingbeil had to listen to a lot of criticism — even from within the ranks. He was slammed for being "not an attacker," showing too little assertiveness and being too soft. Attributes that a party secretary — whose job it is to orchestrate party-line attacks against political opponents — should traditionally not have.

But Klingbeil always saw it differently. "I have often been criticized for the fact that, as general secretary, I don't beat up the others enough," he said a year ago in an interview with weekly magazine Die Zeit. "That is neither my understanding of my role, nor is it my nature." But it's not just those like him in the SPD taking this approach — many others "have no more appetite for staged histrionics," he added. "Constantly stepping on others is a completely antiquated political model." 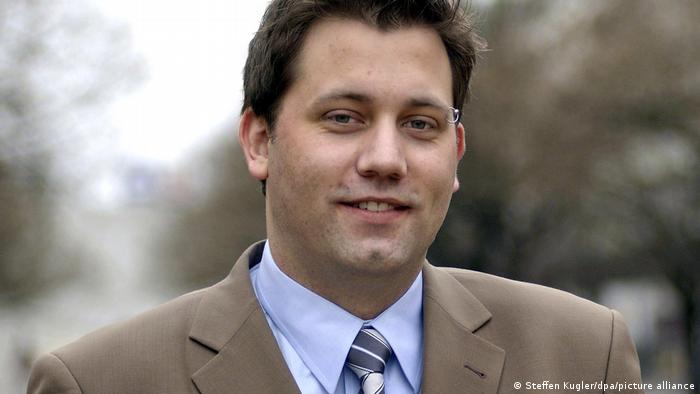 When Lars Klingbeil entered the Bundestag for the first time in 2005 at the age of 27, he came across as a bit of a rebel

Klingbeil has developed a reputation for being consistently friendly, obliging and adaptable. Growing up in the army garrison town of Munster, Lower Saxony as the son of a military officer and a retail saleswoman, he demonstrated as a schoolboy against the educational policy of then-State Premier Gerhard Schröder (SPD), who would go on to become chancellor: "Schoolchildren are getting more and more stupid thanks to Gerhard Schröder," he said then. Then, while studying political science at university, he later worked for Schröder in his constituency office in the state capital, Hanover. The two men remain friends to this day.

When Lars Klingbeil entered the Bundestag — Germany's federal parliament — for the first time in 2005 at the age of 27, he had his left eyebrow pierced. At the time, the SPD's parliamentary group leader introduced him with the words: "Lars is a young socialist — and you can see that in him." Klingbeil took out the piercing a short time later.

A pragmatist – Olaf Scholz of the Social Democrats

In 2017, Klingbeil became the party's general secretary. Since then, if you include the acting SPD chairs, he has seen eight party leaders over the past four years and has quietly worked alongside all of them in such a way that their successors have always wanted to keep him in the role.

"I am very happy to work with him in a very trusting manner and I am very much looking forward to our collaboration," said SPD chairwoman Saskia Esken on Monday. She appreciates "his positive charisma" and "the joy" he brings to the task. Party insiders have said that Esken and Klingbeil quickly agreed that they would go well together in the joint chair roles.

Klingbeil commented on his nomination in a video on the YouTube platform, saying that while the electoral success was a big win, he is not resting on his laurels. "I want it to continue. An election victory is not enough for me," said Klingbeil.

But the success of the SPD will largely depend on whether the party maintains the unity shown in the election campaign; how that works following a power shift will be key. Esken and Walter-Borjans started as an expressly left-wing leadership duo. Klingbeil is assigned to the more conservative wing of the center-left party. "I want to further modernize and open up the SPD and continue to work out the core of the SPD's brand in the future," said Esken, referring to the left-wing political issues she sees as the party's signature.

But Klingbeil works a bit differently when it comes to policy. In the Bundestag he is responsible for digital and defense policy and has nothing against the use of armed drones in the armed forces, for example. Many of his party's leftist rank-and-file reject this outright.

With his affable reputation, Klingbeil is able to get along with others, even if they have different interests. For example, he is also good friends with Kevin Kühnert, the former chair of the party's youth wing, who has just been elected to the Bundestag and is decidedly more to the political left. Kühnert is rumored to be one of the candidates to succeed Klingbeil as the new SPD general secretary.

When Olaf Scholz moves into the Chancellery, another center of power will arise there. For decades, it was a given that the chancellorship and the party leadership had to be filled by the same person. However, Scholz deliberately renounced the SPD chairship — likely because he knows that he cannot unite the party's more leftist faction.

That will be the task of the future party leadership. "No matter what position you are in, whether in the Chancellery, in the government, in the parliamentary group, in the states or in the party, we all play together and we shoot at the same goal," said Klingbeil in his video message.

German parties and ways to choose a new chairperson