Spanish state prosecutors are seeking long jail sentences for nine leaders of Catalonia's independence movement. But a separate body of attorneys also involved in the case is being milder in its demands. 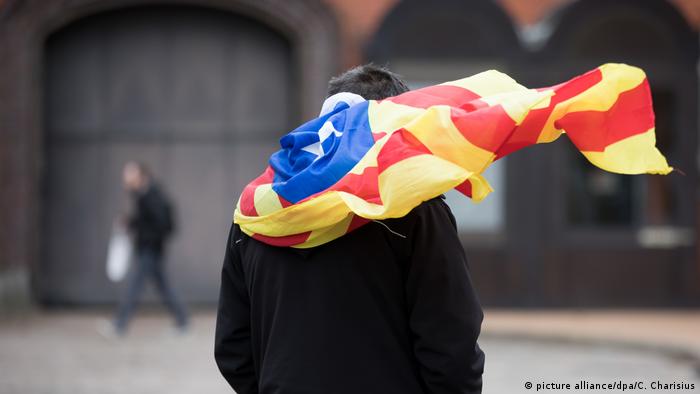 Spanish state prosecutors have called for former Catalan Vice President Oriol Junqueras to be imprisoned for 25 years on charges of rebellion and misuse of public funds over an illegal secession bid by Catalonia last year, it was announced on Friday.

For eight other jailed Catalan separatists, the prosecution has demanded 16 or 17 years in jail, as well as fines or shorter prison terms for a number of other politicians, activists and civil servants accused of being behind the independence push, including a banned referendum. 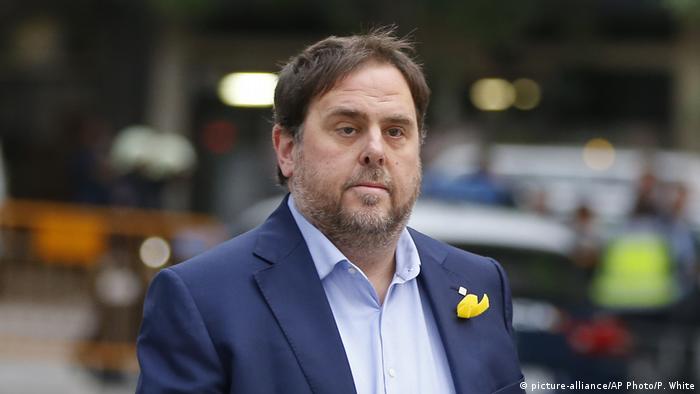 However, state attorneys, a separate group also prosecuting in the case on behalf of the Spanish government, have called for the charge of rebellion to be dropped and that of sedition — which under Spanish law implies that no violence was used to subvert the state — to be leveled instead. They sought maximum sentences of 12 years.

The lesser charge asked for by the state attorneys is being seen as reflecting the Spanish government's need for parliamentary support from separatist parties to pass the national budget and remain in power.

The nine Catalan politicians were jailed without bail for their involvement in last year's secession drive, which saw Catalonia being put under four months of direct rule from Madrid after the region declared its independence following a referendum that Spanish courts ruled as unconstitutional.

Spanish media have speculated that their trial might begin early next year after an almost yearlong investigation.

Former Catalan President Carles Puigdemont is still living in exile in Belgium after fleeing Spanish justice. A number of other Catalan politicians have either been indicted or have also left the country.

The Catalan independence bid was Spain's worst political crisis in the four decades since the end of the Franco dictatorship.