Neo-Nazi conspiracy theorists have been given the go-ahead for a rally marking the death of Rudolf Hess. They believe Hess was murdered by British spies. 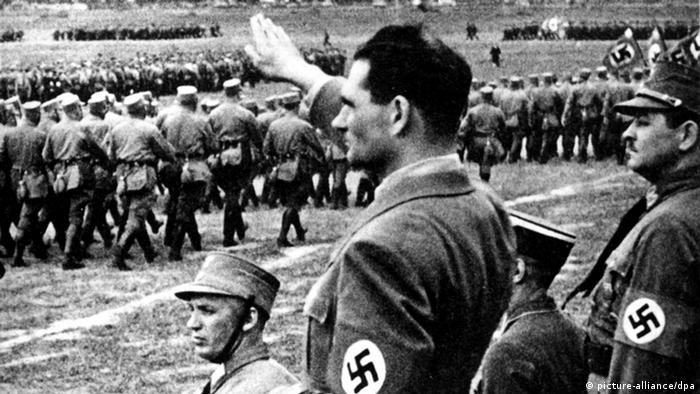 Neo-Nazis will likely be granted permission to hold a rally outside Berlin on Saturday to mark the 30th anniversary of the death of Adolf Hitler's deputy Rudolf Hess.

Local authorities said the planned rally did not fulfill the prerequisites required to ban such an event under freedom of assembly rules, the daily Berliner Morgenpost reported.

The neo-Nazis will be heavily limited in the words and symbols they can use, given strict laws against the glorification of Germany's Nazi past.

The rally organizers warned its attendees not to bring images or recordings of Rudolf Hess. Organizers also told potential attendees to avoid using certain specific phrases that glorified Hess, such as "His faith was stronger than prison and pain."

It presented its attendees with a code of behavior including bans on media interviews, alcohol, mobile phones and allied military clothing.

Hess hanged himself with an electrical extension cord in Spandau prison at the age of 93. The prison was demolished soon afterwards to avoid it becoming a far-right shrine and his remains were initially buried in a secret location.

Rally organizers claim that the official version of Hess's death is a conspiracy and are calling for a public inquiry into his death. Conspiracy theorists claim Hess was murdered by British spies.

More than 500 neo-Nazis were expected to attend the event, local paper Spandauer Volksblatt reported. The march was met with wide resistance but authorities were unable to prevent the march.

Spandau member of the Bundestag Kai Wegner had called on Berlin state Interior Minister Andreas Geisel to ban the march.

"I deplore the decision of Interior Minister Geisel to let the right-wing extremists march through Spandau," Wegner was quoted as saying by Spandauer Volksblatt.

"The so-called Rudolf Hess memorial marches in Wunsiedel were consistently banned from 2005, and the Federal Constitutional Court has upheld this practice," Wegner continued, referring to the rallies held at Hess's second burial place. 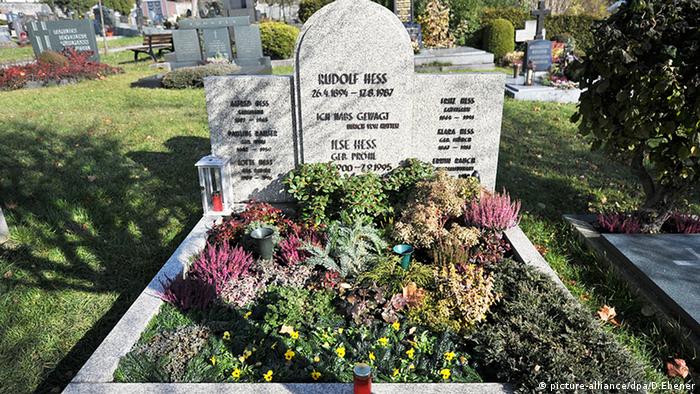 He said freedom of assembly was of great importance, "but a democratic society does not have to please a neo-Nazi march."

Read more: Hundreds of neo-Nazis band together for concert in Germany

But Geisel said there were no legal grounds to ban the rally. Several counter demonstrations were planned.

Hess was an early and loyal support of Hitler, even helping him write his hateful autobiography, Mein Kampf. Hess was Nazi Germany's third most powerful person, and his office helped draft the anti-Semitic 1935 Nuremberg Laws that formed the precursor to the Holocaust.

Read more: 'Mein Kampf' could return to German shelves in 2016

He was arrested in 1941 after he flew a solo mission to Scotland in an attempt to negotiate with an opposition party.