Many are asking what Spain's government has done so wrong in its handling of the coronavirus crisis. But overcrowded cities and expensive living conditions have not helped to slow down the spread of the virus. 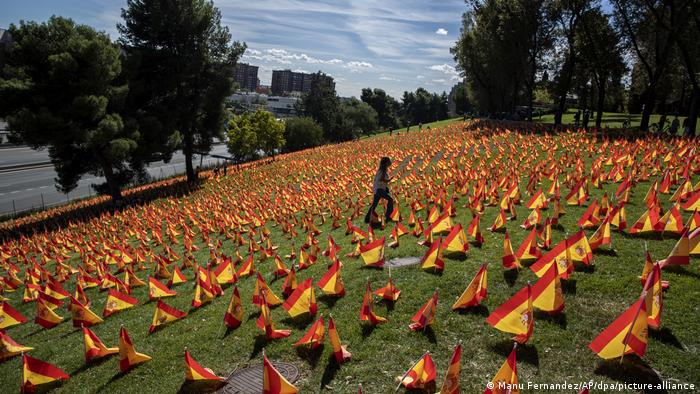 When the filmmaker Pablo Cerda came to the Spanish capital, Madrid, from Santiago de Chile to study, he was a little amazed at how small the apartments were in which people there lived.

But when he started looking for an apartment himself, he realized that one of the reasons for this was that the rents were so high. Another problem was the buildings themselves, which tended to contain lots of small rooms, some of them without windows, spread over many stories.

On top of this, as he gradually found out, many people have precarious working arrangements, and there are considerable numbers of non-Spaniards who do not have residency permits. The annual income for a Spanish family with two children after tax is more than €20,000 ($23,460) less than that for an equivalent German family, according to Eurostat, the EU's statistics agency — this, despite the fact that, according to a study by the lifestyle magazine Magazyne, the average rent for an adequate apartment in Spain is not much lower than that in Germany.

When Cerda came to Madrid in September 2019, a one-room studio in the center of the Spanish capital cost between €650 and €900 per month, and this has not changed much amid the current economic situation. He initially landed in the working-class district of Vallecas, where the rents have also risen by 21% in the past four years, according to the real estate website Fotocasa. "I was still interested in the atmosphere," said Cerda. He spent the entire lockdown from March to May in his 6-meter-square (64.6-feet-square) room there, which still cost €350 per month.

"Living like this changes people, especially in times of a pandemic," he said. 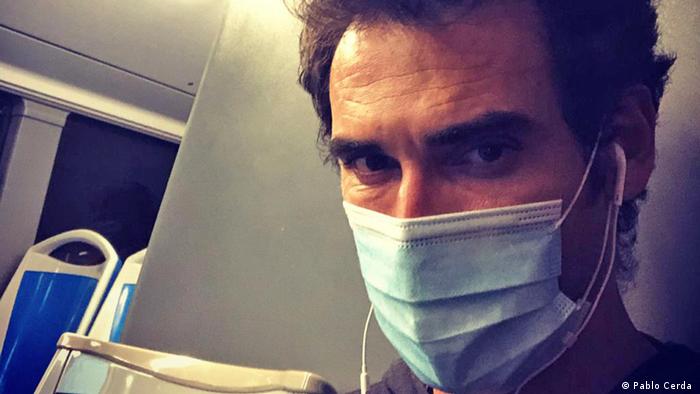 In Spain, the restrictions put in place back then to curb the coronavirus pandemic — which have now been reimposed — were particularly strict. But the number of infections has remained high throughout, with poorer, crowded urban districts proving to be veritable viral hotbeds. In such districts, most people are forced to go out to work in hospitals, care homes or restaurants and cannot work from home at a laptop. Many people in Spain's poorer areas are also working illegally. They cannot afford to take time off if they test positive for COVID-19, and often they cannot isolate themselves in their crowded accommodation.

The region of Catalonia has now introduced a new measure to address the issue. A few years ago, Barcelona, which saw about 30 million foreign visitors last year, put a cap on the number of apartments used for tourism, just as Berlin did, in order to free up housing. Now, the region has also put a cap on rent hikes.

Private and institutional investors are not subject to the same regulations, however, and the rent cap is not applied in all cities. However, it is particularly important in Barcelona where the lack of housing has been a major factor in the spread of the pandemic, in the opinion of Jasper van Dorrestein, who lives there. 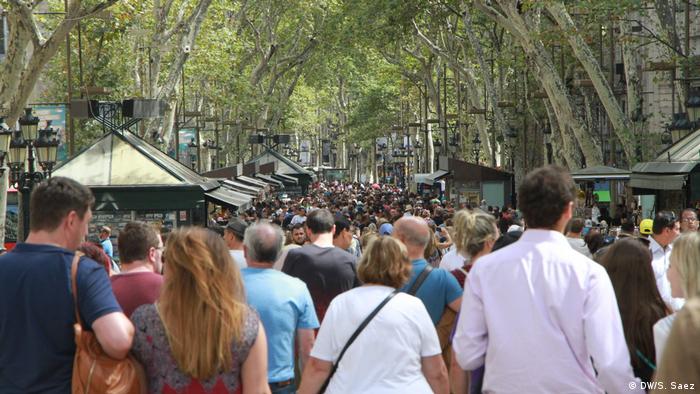 "It's not only the relatively high rents but also the conditions often imposed on tenants, such as having to pay a deposit worth several months' rent that you don't get back when you want to move out," said van Dorrestein, who is originally from the Netherlands.

The government in Madrid also changed this in the past year as well and reduced the financial burden on renters. But there are still a lot of illegal rental agreements where different rules apply.

But none of this is helping to combat the spread of the novel coronavirus at the moment. On Wednesday (14.10), Catalonia introduced new measures. Hotels can no longer receive guests, and bars and restaurants have been closed down for 15 days.

"The problem is our whole system," says Pedro Abella, a real estate expert at Madrid's IE University. He said that urban properties had simply become too expensive in recent decades. "More social housing needs to be built on publicly owned land, of which there is a lot outside the city" he maintains.

But in addition to these, some estimates say there are several million apartments in Spain that are simply empty or not for sale. Many of them belong to banks that repossessed them during the financial crisis several years back, and their number is likely to increase in the coming months. These apartments are increasingly being occupied by squatters, because people, whether foreigners without a contract, or Spaniards with low incomes, see no other way to obtain housing. 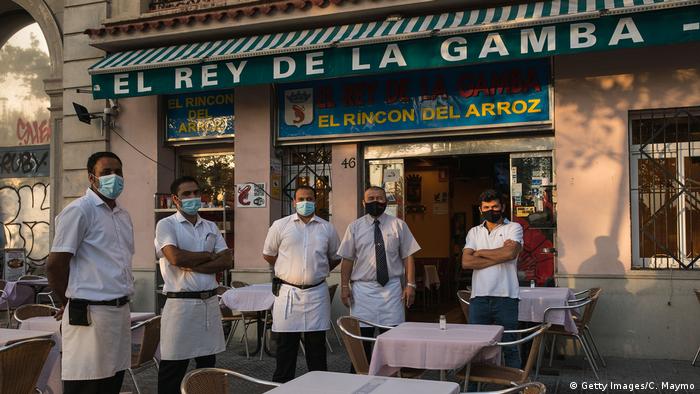 Mask-wearing no longer suffices: Restaurants in Barcelona have been temporarily closed again

There are also hundreds of thousands of foreigners in Spain who do not have residence permits. "Someone who has a work contract is always needed to rent a place, and that person has to make sure they get the rent from the others," says Bulgarian Ivanka Ivanova, who speaks from her own experience. Read more: Spain's tourism industry is in deep trouble 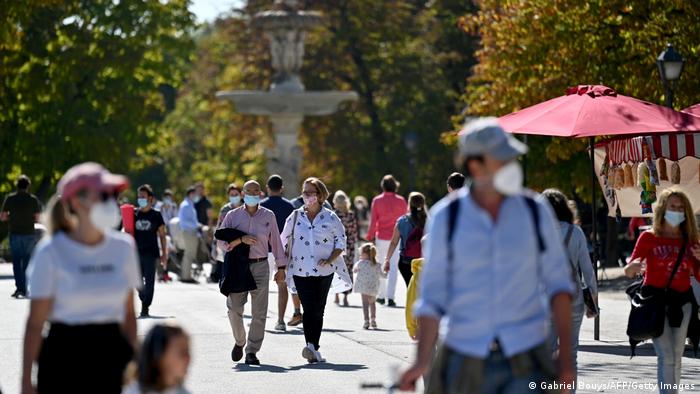 Madrid is once more under partial lockdown

On top of this comes the fact that the cost of living is not much lower than in Germany, for instance. Particularly in the cities, wages often aren't enough to make ends meet. "Madrid is expensive compared to cities such as Paris or Moscow," says Cerda, but he says Spain is safe compared to many of the places in the world that he has worked and lived in.

Nonetheless, there are many homeless people and beggars, he says, and many close-packed rows of ugly high-rise buildings and huge hospitals that make the city less attractive. This is despite the fact that Spain has one of the lowest population densities in Europe.

One solution would be to build horizontally rather than up, says Abella. "Especially seeing as there is a decline in population in rural areas."

The Spanish film composer Manuel Villalta says that there is a cultural reason why people are packed together in high-rises and businesses in commercial districts. "We like concentrating everything and we love gatherings. It's not that common for Spaniards to own a house as I do. But during the pandemic, I am pleased to be living alone in the country," he says.

But most of the 300 hospital beds per 100,000 inhabitants that Spain has (compared to 800 in Germany) are in Madrid, Barcelona, Bilbao, Valencia and Seville, and not the rural area where Villalta lives.

"That's at least one advantage that we have here in Madrid," jokes Cerda.

On the other hand, there is also more chance of getting infected there. A vicious circle.

Spain: Barcelona and the virus

Catalans wore masks and gathered in small, well-spaced rallies, to demand independence from Spain. Grassroots organizers said some 60,000 people participated in the demonstrations across the region.

New COVID-19 cases in Spain have spiked following the reopening of schools, taking the total to beyond 500,000. Meanwhile, French football star Mbappe tested positive. DW rounds up the most important new developments.