South Korea celebrity suicides put spotlight on gender inequality | Asia | An in-depth look at news from across the continent | DW | 11.02.2021 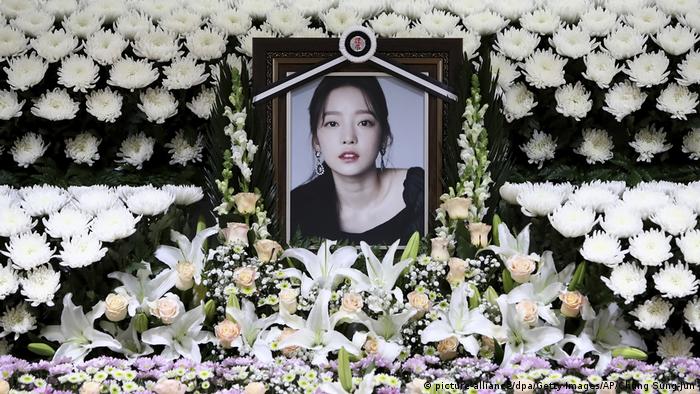 Over 4,000 South Korean women took their own lives in 2019, including young female K-pop artists Goo Hara and Sulli

Young actress-model Song Yoo-jung had enjoyed a successful career before a recent downturn in work and prospects. On January 23, she died suddenly. Initial media reports suggested she took her own life. If true, she would be the latest in a series of young South Korean female entertainers to die by suicide.

In addition to uncovering the mental health challenges facing those in the spotlight, it shows the alarming trend of suicides among young women in a country already grappling with a high suicide rate.

The reasons behind this disturbing development are many. For Song and Oh, it may have been most connected to the waning of their careers. For Sulli and Goo Hara, more related to the stress of lives in the public eye.

Sulli had stepped out of the carefully corporate-crafted mold of K-pop idolatry to expose South Korea's societal Achilles' heel — gender inequality. After joining a feminist group advocating women not to wear bras, she was bombarded by online trolls, which many suggested contributed to her vulnerability. 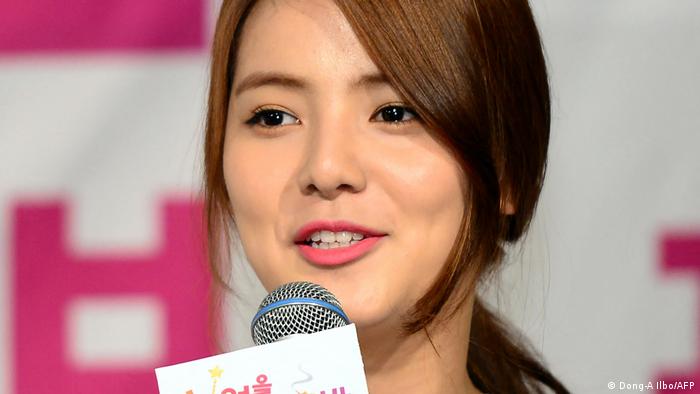 For the last ten years, the suicide rate of young South Korean women has been increasing by roughly 5% per year. Overall, South Korea has the highest suicide rate in the Organization for Economic Cooperation and Development (OECD) club of advanced industrial nations, with about 14,000 people taking their own lives in 2018. Although men still die by suicide more often than women, by about 2 to 1, more women attempt suicide.

When it comes to suicide among celebrities, Jang explains that social media plays a role. Everything celebrities do and say is revealed, manipulated, critiqued and sometimes — driven by identity politics — shown hate.

The increase in suicide is not due to the so-called Werther effect, Jang said, arguing that it's not a copycat trend. What is seen in South Korea is an ongoing increase in female suicides, with numerous interrelated causes, the expert pointed out.

'There is endless competition'

After the 1950-53 Korean War, South Korea enjoyed rapid economic development, but the so-called Miracle on the Han River did not happen without great sacrifice.

That ideal of sacrifice, coupled with classicism, ageism, and patriarchy in society, creates an insurmountable obstacle for the modern, perhaps ambitious, unconventional young woman.

The way to success is seen as paved by education, dependent on the brand of the institute attended, like the "SKY" universities. For graduates of Seoul National, Korea and Yonsei Universities, doors open. For others, it's more of a struggle.

"There is endless competition. They are just enduring life day-to-day. Staying alive itself is very tough, it's a suffering, and the only happiness they feel is in very minor things like eating something delicious," Jang said. "As for everything else in life, things are unbearable, tough, and competitive." And when they get out of university, the patriarchal nature of South Korea's working culture can be oppressive. 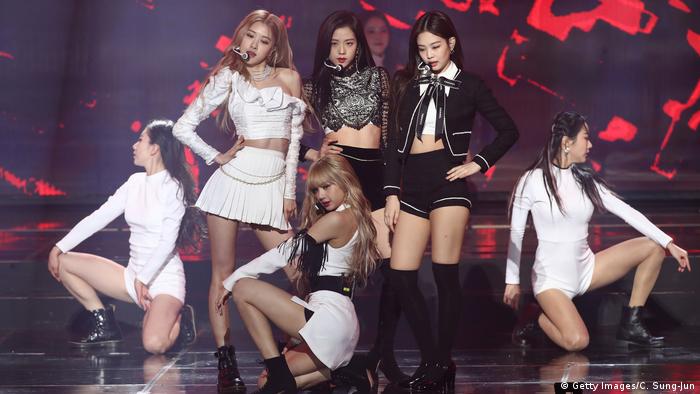 Everything celebrities do and say is revealed, manipulated, critiqued and sometimes — driven by identity politics — shown hate, said Jang

Now, young people in South Korea also confront the effects of COVID-19. In the first half of 2020, when the pandemic struck the country, there was a 30% spike in young female suicides. The societal consequences of the health crisis have weighed more heavily on young women here.

South Korea has fared relatively well economically since the onset of the pandemic, with GDP declining by just 1%. The modest decline was partly due to the nation's export-driven economy, which offers little comfort to the hardships faced by those in low-end, temporary and service jobs, predominantly women, said Jang.

Prior to the health emergency, the youth jobless rate stood at about 20%, now it's roughly 25%, say government statistics.

Strengthening suicide prevention is not enough, argued Jang. The problems driving people to take their own lives here stem from deep-rooted societal inequalities, she said. "These require mid- to long-term solutions … employment and economic support for youth in their 20s and 30s, and much more support for young families with children."

K-pop's online fan base gets political – unlike its stars