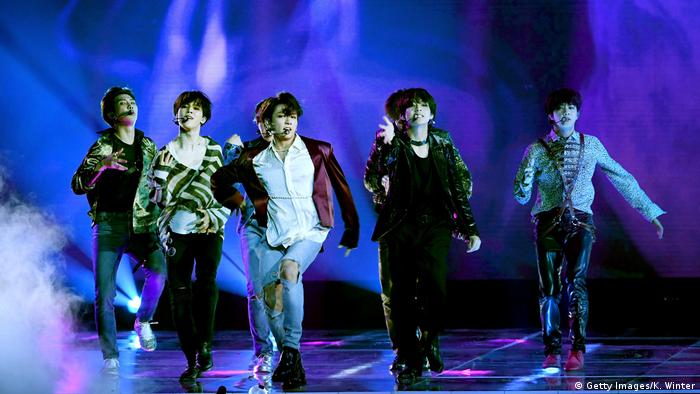 I struggle for balance as I try to swing my hips and squat all while lifting my left leg and drawing circles in the air with my right hand. The fact that I didn't  take synchronized dance classes in my youth doesn't make things easier. The 12 teenagers dancing next to me seem amused by my clumsy efforts. I also happen to be the oldest person and the only man in the class.

I joined that K-pop dance class in Bonn to find out more about the hype surrounding pop music from South Korea.

Before taking part in the class, my only reference to K-pop was Psy's 2012 record-breaking hit, "Gangnam Style," and the wacky horse-rider dance that spread through the song's video, which has since been clicked 3.5 billion times on YouTube.

But I quickly realized that there are many more K-pop mega-hits. South Korean pop is one of the country's largest exports; it's a billion-dollar business. 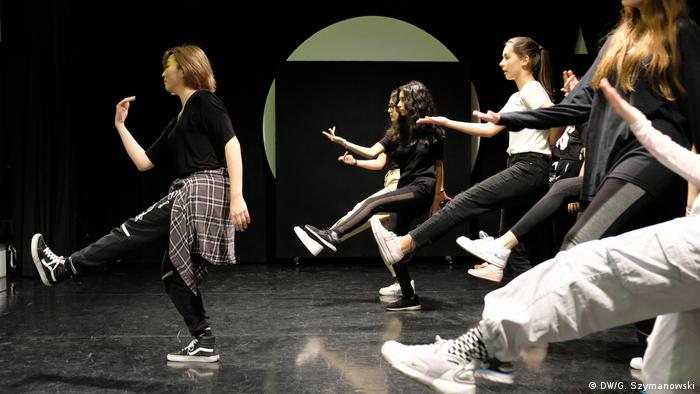 Hundreds of groups have been successfully reaching international audiences. In Billboard's "Social 50," in which the US weekly ranks the global popularity of artists in social networks, eight of the top 10 positions are currently occupied by K-pop bands. For the past 154 weeks — that's three years — the top spot has been claimed by the band BTS, also known as the Bangtan Boys.

In Germany, the market for K-pop has been comparatively slower to take off, but interest for the genre is growing quickly. When BTS announced their first concert in Berlin in 2018, the 30,000 tickets for the event were sold within nine minutes.

Jiwon Kang, who teaches the dance workshop I visited in Bonn, is excited by the development. The 24-year-old comes from the South Korean island of Jejudo and has studied contemporary dance in Seoul. She came to Germany over a year ago to further study dance in Europe and is paying her way through her studies by teaching K-pop dance, which combines elements of hip-hop and jazz.

When the teacher puts on the song "Hip" by the band Mamamoo, a few girls in the class scream with excitement. The song came out two weeks ago, but has already been watched 20 million times on YouTube. 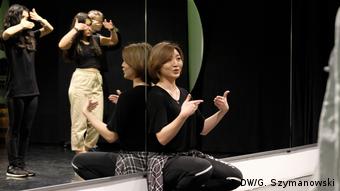 The fact that the girls don't understand the lyrics doesn't matter — just like we used to invent words to sing along to US hits in my youth. Similarly, no one cares that Jiwon Kang doesn't speak much German yet either. All we have to do is simply follow her movements.

Still, it's not that simple. We have to repeat even short sequences of steps several times to get them right.

It reminds me of the notorious training systems of the South Korean music industry. Children, are recruited at the age of 12 or 13 and are drilled for years with dance and singing lessons to eventually become the next "idols," as K-pop artists are called. The Backstreet Boys are nothing in comparison; K-pop raises the old boy band standard to a new level.

The K-pop scene has also recently made headlines with different negative stories. Two female singers committed suicide in the past few days, apparently because of cyber-bullying; two men were sentenced to prison for their involvement in a gang rape. These are dark sides of a scene that might otherwise look perfect, like the best choreography.

A message of love

But these unfortunate events have little to do with the fascination surrounding K-pop.

What do the participants in Jiwon's dance class like so much about Korean pop? "I like how the group members lovingly deal with each other, there's nothing like that in American bands," says Lea, who is 14 years old.  Solin, 17, appreciates the values they convey; she mentions how BTS sing a lot about self-love. "The language and the people are beautiful," finds Celin, 15. Galina, another 15-year-old, has even started learning Korean.

Munich-based journalist Lisa-Sophie Scheurell understands their passion. She says she also "fell into the K-pop hole" a year ago, after listening to the music of BTS. She then started "K-pop Pardon?," the first German-language podcast dedicated to the band.

"Since the stars spend so much time in front of the camera, we get to know them in a very special way," says Scheurell, "It's as if they were our friends." She notes that the word "star" does not feel quite right: "Through all their videos, they give the impression that they are completely normal people," she adds.

I watch an episode of the series Run BTS. The seven boys with perfect hairstyles and sparkling smiles are spending a day at a water park. They slide and jump in the water, run through an obstacle course. Even though they are competing for points, they're all really nice to each other. The video is 30 minutes long, has subtitles in 25 languages and has been watched 11 million times. 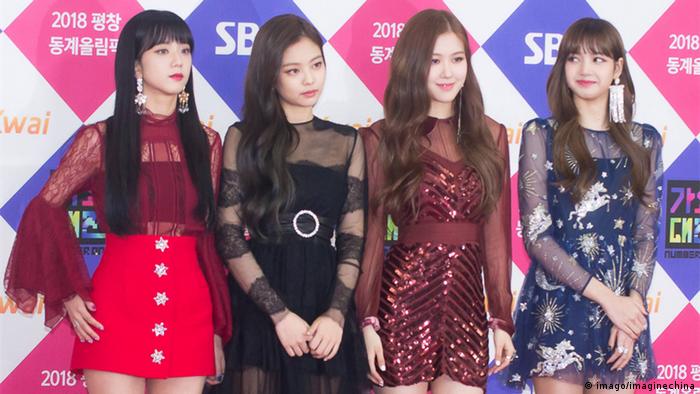 Blackpink is one of the most popular Korean girl bands

Samghun Lee, a 27-year-old from Munich with South Korean roots, organized with a few friends his first K-pop party a year ago and it quickly became a success. Today, with their company JIN Entertainment, they organize regular K-pop nights in 12 major cities in Germany as well as in Zurich, Vienna and Prague.

"The scene in Europe is not as big as in Southeast Asia or South America," says Samghun Lee, who sees a lot of potential for expansion: "We have lots of minors who want to come to the parties," he points out. "We tell them to come back when they're 18 — there will a lot more people soon." 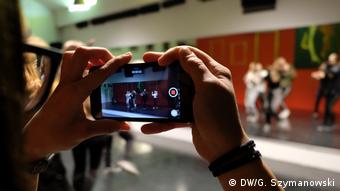 A must: Filming the newly learned dances

Jiwon Kang's dance lessons are also an example of how the social media phenomenon also inspires offline activities. At the end of the class, the girls film themselves practicing their new choreography, hoping it'll soon be good enough to post it online.

I realize the next day just how catchy K-pop songs can be, as I find myself singing Mamamoo's "Hip" while having breakfast. With invented words, of course.

If you are suffering from emotional strain or suicidal thoughts, seek professional help. You can find information on where to find help, no matter where you live in the world, at this website:www.befrienders.org.

K-pop star and actress Sulli has been found dead at her home south of Seoul, police say. There were no signs of foul play, and officers did not find a suicide note. (14.10.2019)