The recent death of a K-pop star and TV celebrity, Goo Hara, has reignited a debate about the abuse, exploitation and online bullying faced by those in the country's notoriously competitive show business industry. 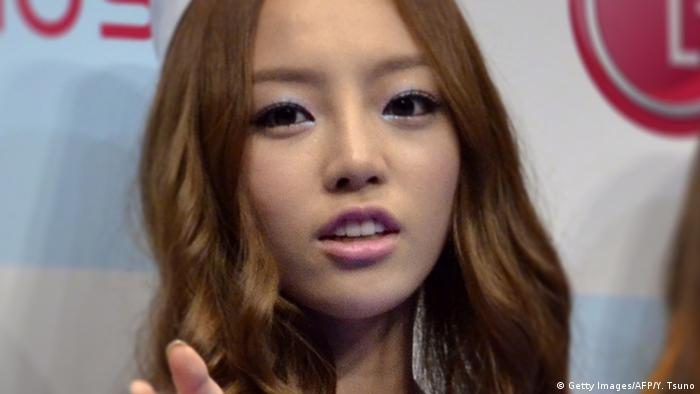 K-pop star and TV celebrity Goo Hara, 28, was found dead at her home in South Korea's capital, Seoul, on Sunday in a possible suicide, which would make her the second female singer in a month to take her own life in the high-pressure industry.

Police were still investigating the cause of Goo's death and Yonhap news agency reported they were "keeping the possibility of suicide in consideration".

Only last month, 25-year-old Sulli, another K-pop star and a close friend of Goo, was found dead at her home near Seoul.

"When I heard about Sulli's suicide, I was very angry. And when I heard about Goo Hara's death, I just felt helpless. I felt hopeless about South Korea — not only as a woman but also as a citizen," Kim Eunsoo, a student at Ewha Women's University in Seoul, told DW.

South Korea has one of the world's highest rates of suicide. According to recent government figures, suicide is among the top causes of death for those under 40.

Goo made her debut in 2008 as a member of the girl group Kara, which had big followings in South Korea, Japan and other Asian countries. She later worked as a solo artist and appeared on many TV shows. 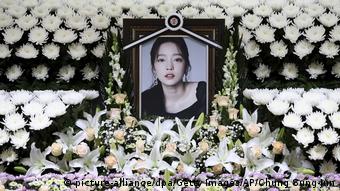 Goo was hospitalized in May after a suspected suicide attempt

In May, Goo was hospitalized following a suspected suicide attempt. The star later apologized to her fans, saying she had been "in agony over a number of issues."  Goo had been abused by an ex-boyfriend who, after they split, blackmailed her and threatened to post her spycam sex videos online.

The problem, however, doesn't just affect K-pop stars and celebrities in South Korea.

In South Korea's conservative society, women who appear in such videos often feel shame — despite being the victims — and face ostracism and social isolation if the images become public.

Goo's death sparked an online petition on the website of the South's presidential office calling for stronger punishments for cybercrimes and abusive online comments, which garnered more than 20,000 signatures in less than a day.

But South Korea is not the only country facing the problem of cyber sexual violence.

"It's happening in other countries as well. Cyberspace doesn't respect national borders," Heather Barr, a director of the women's rights division of the NGO Human Rights Watch (HRW), told DW. How South Korea deals with this problem and the lessons learnt are also relevant for other countries, the expert said.

HRW says it has launched a research project to understand the problem of digital sexual violence in South Korea and come up with potential solutions.

"Very few countries are doing a good job teaching people about sexual consent," Barr said, adding: "We've got to change the culture to make it unacceptable to betray someone's trust in this manner."

Goo's tragic death has also reignited a debate in South Korea about the abuse, exploitation, online bullying and relentless public pressure faced by those in the country's notoriously competitive K-pop industry.

"Yes, I see discussions on social media about suicide and women's rights issues now. It has become way more public and open online. People talk about it and it's influencing people," Yudori, a feminist and social media cartoonist, told DW.

K-pop stars like Goo and Sulli are picked up by agencies at a young age — usually in their early- or mid-teens — and live under tight control, with their days taken over by gruelling singing and dancing training.

Earlier this year, Goo had spoken out about abusive comments, depression, and her difficult life as a celebrity.

"Sulli and Goo Hara were both iconic, in the way they survived sex scandals," Yudori said.

Sulli was also known for her feminist voice and outspokenness that was rare among female entertainers in deeply conservative South Korea. Before her death, she appeared in a TV show and spoke out against online backlash she received over her lifestyle.

Some hope the public debate on the subject now will lead to a positive change in society and help prevent more young stars and celebrities from losing their lives.