South Korea's intelligence agency reported Pyongyang's attempt to hack into information on vaccines. A lawmaker said the report mentioned Pfizer, which has facilities in South Korea. The spy agency said it didn't. 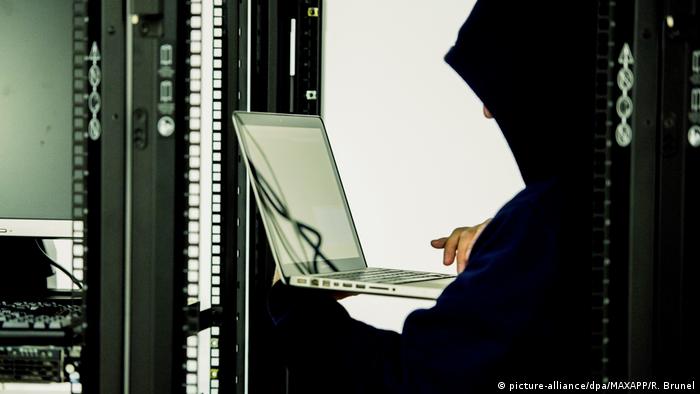 North Korean hackers tried to steal information on COVID-19 vaccines and treatment from South Korean drugmakers, a legislator in Seoul said on Tuesday.

During the coronavirus pandemic, health institutions, scientists and pharmaceutical companies have been targets of cyberattacks by state-backed hacking groups.

Ha did not provide reporters with any information about the timing or success of the hack attempt, saying the information hailed from a briefing by South Korea's National Intelligence Service (NIS).

But The Associated Press reported that the NIS denied having identified Pfizer as a target when approached and asked to confirm the information. It is not particularly uncommon for the NIS to decline to publicly confirm sensitive information leaked from its private briefings with politicians. A representative at Pfizer's South Korean facilities told AP that it was looking into the claims.

North Korea has long been accused of backing an army of hackers as an alternative source of money, as the country drowns in international sanctions.

More recently, it seems the country's interest has switched to research on COVID vaccines, despite the Democratic People's Republic of Korea (DPRK) officially claiming not to have registered any coronavirus cases during the pandemic.

The NIS recently thwarted attempts by Pyongyang to breach South Korean drug makers' systems, which were developing COVID-19 vaccines. In December, Russia security software developer Kaspersky reported that North Korean hackers tried to access a pharmaceutical company's computer network, which was working on a coronavirus vaccine. The report did not name the company.

A group of North Korean hackers, called Lazarus, had previously been accused of attempting to steal information from banks and multinational companies, including a 2014 attack that targeted Sony Pictures.

North Korea has not reported a single coronavirus case since the beginning of the pandemic, but NIS said that the country was likely to have experienced an outbreak, citing trade and exchange across its land border with China in early 2020 as the virus began to spread.

North Korea is set to receive about 2 million doses of the AstraZeneca-Oxford coronavirus vaccine, provided through the WHO's COVAX vaccine-sharing program.That would cover only a fraction of the population of roughly 25 million.