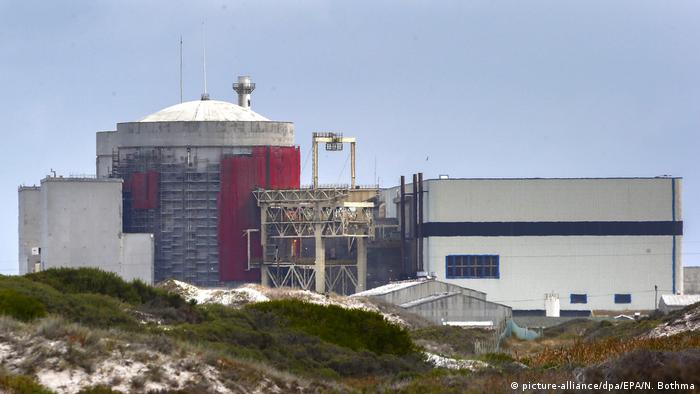 The initial shock waves triggered by President Jacob Zuma's radical cabinet overhaul may have subsided, but South Africa has since been gripped by fresh controversy over plans for expanding its nuclear power program.

There are concerns over a deal for the construction of new nuclear reactors in which Zuma's new cabinet has a crucial role. "The deadline for the deal was last night," wrote Sibusisiwe Mngadi, member of the ruling ANC, in a Facebook post on Sunday. "And guess who signed the deal: the new finance minister Malusi Gigaba." Gigaba, who had been in office for just two days, issued a swift denial. He hadn't signed anything, he said, not even an order for new calling cards.

But such remarks are unlikely to reassure sections of the population uneasy with the government's nuclear power plans.  Social media are awash with debate about an alleged South African deal with the Russian state nuclear monopoly Rosatom.

South African commentators also have their suspicions. It is no secret that Gigaba's predecessor as finance minister, Pravin Gordan,  who was fired last week, was an ardent opponent of the pro-nuclear lobby. He had repeatedly warned of the high costs of nuclear projects, believing they would plunge South Africa deeper into debt. Interestingly, the ministers for energy and for public works in the old cabinet also lost their jobs in the reshuffle .

The new nuclear reactors are expected to cost more than a trillion rand (65 billion euros, $73 billion). Hartmut Winkler, professor of Physics at the University of Johannesburg, told DW that the affair reeks of corruption. "Zuma fired Gordan so that he could replace him with someone who wouldn't raise any major objections to the planned nuclear deal," he said. 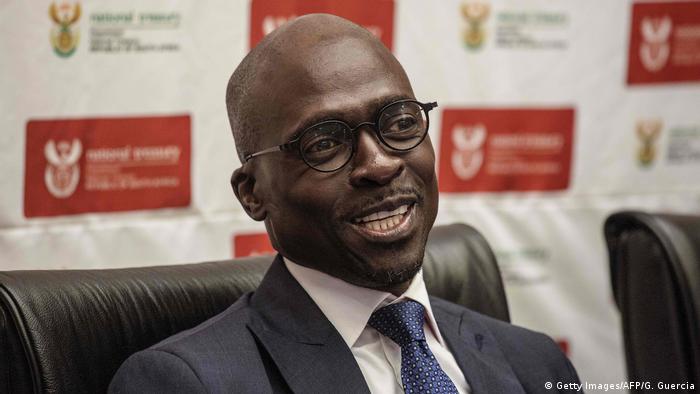 Rosatom announced that it had sealed a "strategic partnership" with South Africa in 2014 when President Jacob Zuma visited his Russian counterpart Vladmir Putin in the Kremlin. The plan was to build eight nuclear reactors in South Africa with a combined output of 9.6 gigawatts by 2030. But when details of the tentative deal reached the public, they caused a scandal. "Zuma and his henchmen were to have profited from the deal," said Winkler. "The Gupta family were also involved. They own the Shiva uranium mine near Johannesburg." Until recently, Zuma' son Duduzane used to work there.  The Gupta business family, Ajay, Atul and Rajesh, have been linked to several scandals involving deals with Zuma. In 2016, they nearly cost Zuma the presidency.

Eskom, the South Africa power utility, which belongs to the ministry of public enterprises, is apparently responsible for executing the deal. But Eskom told DW that "we are not aware of any deal between Russia and South Africa." South Africa was in the process of collecting bids," the utility said in a written statement. Companies could submit bids until April 28. "A number of companies have ready promised do this including major suppliers of nuclear technology from China, France, Russia and South Korea." Eskom would send the paperwork to the finance ministry and the cabinet and was hoping approval for the project before the end of the year.

Rosatom has had offices in South Africa since 2012. According to its website, the concern wants to revive interest in nuclear energy in the region and Africa generally. The Russian media have also been reporting on Moscow's interest in a nuclear deal with South Africa. TASS said in January 2017 that Rosatom had already submitted a bid. Research by DW indicated that Rosatom is the favorite to secure the deal. However, Nesca, the state-run nuclear energy corporation, has denied this. 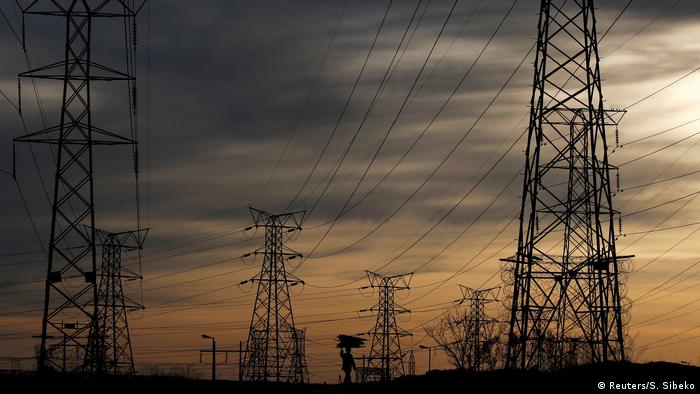 The South African environmental organization Earthlife Africa is convinced that Russia and South Africa have already signed a deal in secret. The activists have gone to court to demand access to the files and to stop the construction of the plant. "We have a right to information and transparency," said environmentalist Makaoma Lekalakala. He says that South Africa has already signed agreements countries offering nuclear technology, such as China, but the deal with Russia is far more wide-reaching and comprehensive. "If anything goes wrong, Rosatom will not bear any responsibility," Lekalakala said. If something like that has been contractually agreed, then there is something odd about this deal. "When all is said and done, it is the Russians, along with the middlemen and political elites, who will be receiving South African taxpayers' money.

South Africa's energy policy envisages the development and use of inexpensive energy sources. They are abundantly available in the form of wind, solar power and biogas. Various new programs have got off to a good start off. But then Eskom announced it would not be signing any more contracts with independent electricity producers for reasons of cost.

Winkler says that if the planned nuclear deal comes to fruition then it will be mostly the South African consumer who suffers. "Electricity will become much more expensive," he said. Power consumption in South Africa was not climbing fast enough to justify considering nuclear energy as a future option. The "green" energy program, which was launched in 2012, was a success. Studies have shown that South Africa could do without nuclear power altogether for the next twenty years, Winkler said.

Only three weeks after partnering with Russia, South Africa has reached a similar nuclear agreement with France. The deals represent Pretoria's renewed steps in building up the country's nuclear energy program. (10.10.2014)

A new study has raised safety concerns over the site of a proposed new nuclear power plant in South Africa. The study adds to controversy over transparency, economics and environmental issues. (26.11.2016)