In a ministerial shake-up South Africa's new president, Cyril Ramaphosa, has reappointed two ministers fired by Jacob Zuma and demoted others. The balancing act is an attempt to appease many factions in his ruling party. 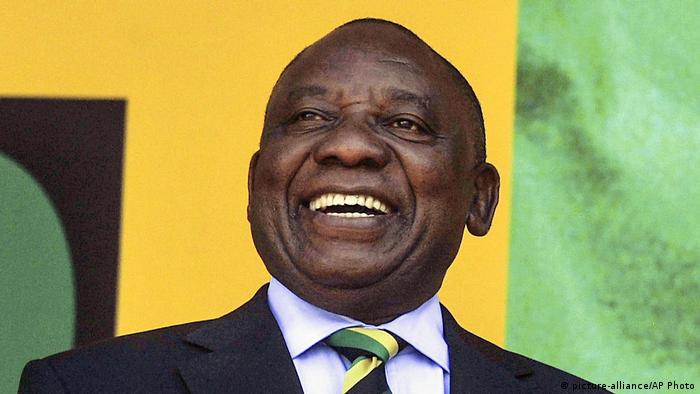 South Africa's former finance minister, Nhlanhla Nene, was reinstated in the role by the country's new president, Cyril Ramaphosa, as part of a far-reaching Cabinet reshuffle on Monday.

Nene was sacked two years ago by embattled former leader Jacob Zuma, who was ordered by his African National Congress (ANC) party to step down two weeks ago.

Read more: The rise and fall of the ANC

The ex-finance chief's return is likely to be welcomed by the business community, who credited him with keeping a tight rein on public spending during his previous stint in the role.

More controversially, Ramaphosa stamped his mark on the presidency by picking David Mabuza, the current premier of Mpumalanga province, to be his deputy president — one of a total of 30 ministerial-level changes.

Mabuza's appointment was quickly denounced by South Africa's main opposition, due to his reputation as a tough hard-liner and accusations of links to political violence.

Several Zuma allies were demoted or sacked in Monday's reshuffle, but the former president's ex-wife Nkosazana Dlamini-Zuma — who Ramaphosa narrowly beat in an ANC party vote to take the head of state role — was appointed minister to the presidency, responsible for planning, monitoring and evaluation.

Malusi Gigaba, the outgoing finance minister, has been moved to the Home Affairs Ministry, while Lindiwe Sisulu, who withdrew from last year's ANC leadership race, was named foreign affairs minister. 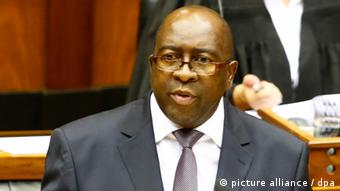 "In making these changes, I have been conscious of the need to balance continuity and stability with the need for renewal, economic recovery and accelerated transformation," Ramaphosa said in a brief televised statement.

Zuma resigned reluctantly under party pressure on February 14 after nine years at the helm, during which the country was stricken by weak growth, ballooning national debt, depressed investor confidence and record unemployment. Ramaphosa was sworn in as president a day later.

As well as accusations of economic mismanagement, Zuma's leadership was marked by multiple corruption allegations and disputed appointments. Zuma has denied any wrongdoing.

South Africa's new president has delivered a rousing state of the nation address promising to clamp down on corruption. Jacob Zuma was scheduled to deliver the speech, but resigned in disgrace two days ago. (17.02.2018)

The Gupta brothers are accused of having corrupt links to ousted former South African president Jacob Zuma. The country's state prosecutor has declared Ajay Gupta a "fugitive from justice." (15.02.2018)