South Africa's president has announced the easing of some restrictions and urged citizens to get vaccinated. Less than 20% of South Africans are fully vaccinated as the authorities urge a boost in vaccine take-up. 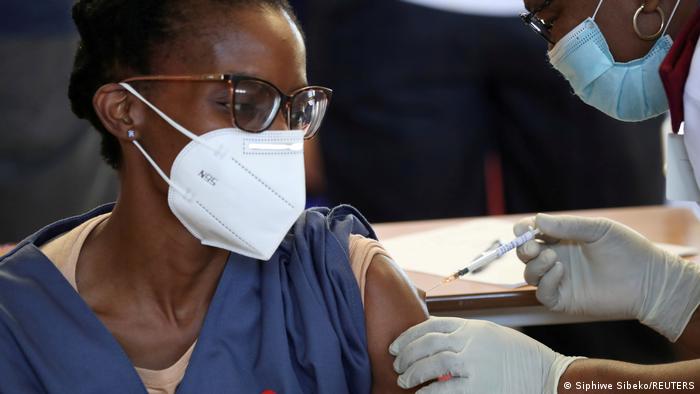 The road to Thulamahashe is full of potholes. The town is located close to Kruger National Park in the province of Mpumalanga, one of the poorest in the country. But the roads remain quite busy — especially on social grant payday, as hundreds make their way from the villages to the nearest town over.

Carlos Mavanga is one of them. Since 6 a.m. he has been waiting patiently in a long line in front of a supermarket where he will receive his pension — the equivalent of around €100 ($118). Five of his family members also rely on the grant.

While he is waiting, Mavanga is approached by nurses. They offer him a COVID-19 vaccine. He doesn't think twice.

"It is easier for me to get vaccinated at the same place where I pick up my social grant," the 64-year old tells DW. "They only came once to my village to vaccinate people — and I only learned about it when it was too late. That's why I am happy I can get it here today." 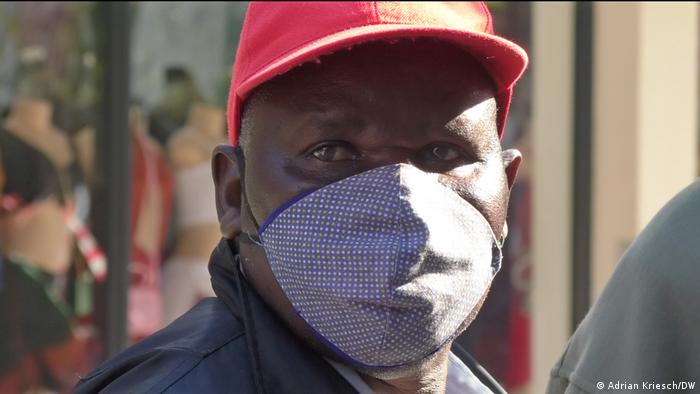 More than 100 mobile vaccination sites in the country are currently being set up in the same places where many residents receive their social grants.

Jane Simmonds from the South African Medical Research Council says the idea is simple: Bring the the vaccine to where the people are.

"We know that people over 60 are far more vulnerable and exposed to COVID and the severe consequences of COVID," she says. "So it was an obvious thing for us to come to the queue where older people are collecting their grants. Because they are already in town — and easy to find and approach." 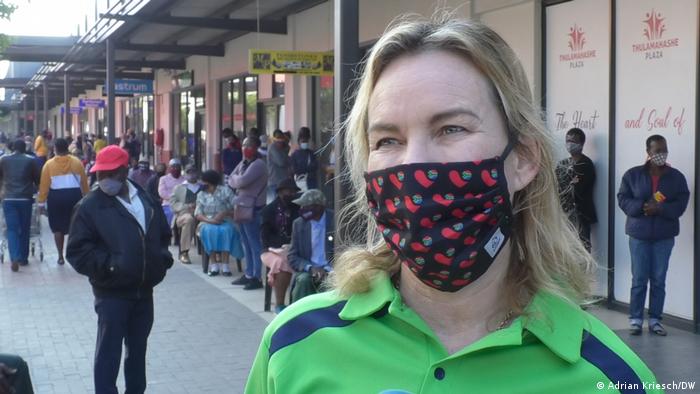 Mpumalanga still has one of the lowest vaccination rates in the country. In total, less than 20% of South Africans are fully vaccinated. President Cyril Ramaphosa spent months fighting for easier vaccine access — an issue plaguing much of the continent. Finally — at least in South Africa — the supply arrived. Then demand became the problem, with fewer people than expected racing to take the jab.

In an address to the nation on Sunday, Ramaphosa announced a loosening of COVID restrictions from Monday due to a decline in infections. The current nighttime curfew now begins one hour later at 11 p.m., larger gatherings are allowed and shops can sell alcohol on weekdays.

Many rules still remain in place, however, including mandatory face masks in public. While the third wave in South Africa still isn't over, the number of new infections have declined in the last few weeks. The official number of deaths due to COVID-19 in South Africa is 85,500, however excess death numbers suggest that the real toll may be closer to 200,000. 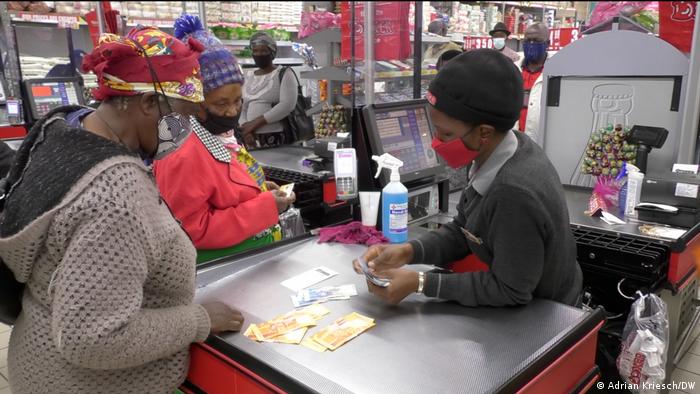 With South Africa still in the midst of its third wave, many rules — such as mask wearing in public — still apply

A long road to normality

As South Africa embarks on a hard-won path towards normality, President Ramaphosa has warned the country isn't out of the woods yet.

"The day will soon come when we can gather again without restrictions, when we can fill our stadiums," Ramaphosa said in his televised speech. "How soon that day arrives depends on one thing: How many of us get vaccinated — and how quickly we get vaccinated." 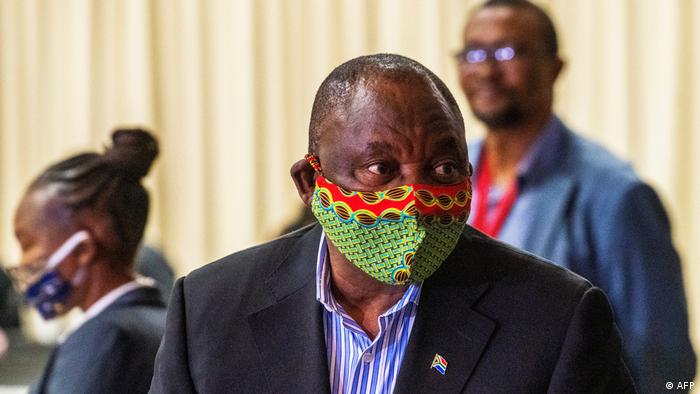 Ramaphosa has previously said no one will be forced to take the jab. But some members of his cabinet have already floated the idea, while a few major companies have announced mandatory vaccinations for their staff.

So far, there are no incentives in place for the easing of restrictions for those who are fully vaccinated. With a digital COVID vaccine certificate still in development, South Africans who get the jab are simply given a piece of paper to prove it.

In the bigger cities, the queues in front of vaccination centers have become noticeably shorter in the past days — a worrying sign, says Elizabeth Oduwole from the Faculty of Medicine and Health Sciences at Stellenbosch University.

She has been researching the drivers of vaccine hesitancy in Cape Town — which already existed before the coronavirus pandemic. The two main factors, she says, are religion and internet-sourced misinformation. 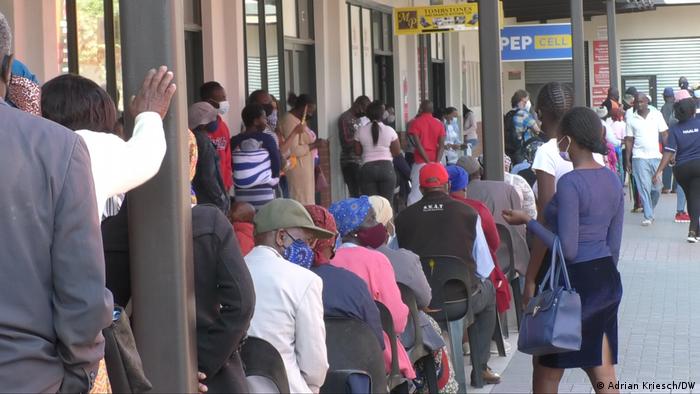 "The reasons that they gave is that, in our religion no needle goes in our bodies, we don't take in foreign things, we just let God and natural herbs help," she told DW. "We recommend stakeholder engagement: Engage religious leaders, opinion leaders, community leaders. But for social media…that's a tough nut to crack."

Oduwole has been observing this trend across the continent. In her home country Nigeria, she says the spread of misinformation has also posed a major challenge for the polio vaccination campaign.

Back at the social grant queue in Mpumalanga, many here are well-versed in the many  rumors surrounding the vaccine. But Carlos Mavanga isn't worried. He says all his friends who got it before him are doing just fine.

Should we be worried about South Africa's new C.1.2 variant?