A drought emergency has been declared by Somalia's new president, Abdullahi Mohamed, as emaciated people stream into Mogadishu. The UN estimates that half of the 10-million Somali population need assistance. 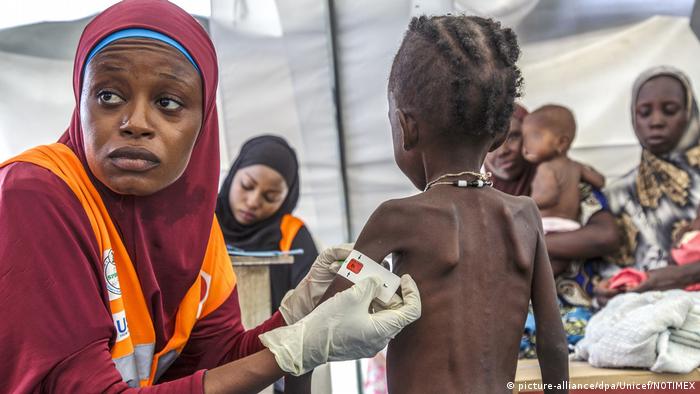 Two years of failed harvests amid al-Shabab extremist attacks prompted Somalia's President Mohamed on Tuesday to declare a "national disaster" at a UN-sponsored Mogadishu conference to discuss how to deal with the drought.

"We cannot and must not wait," Mohamed told the meeting, and urged the international community to "avoid humanitarian tragedy."

He also appealed to the Somali business community and diaspora world-wide to help out. 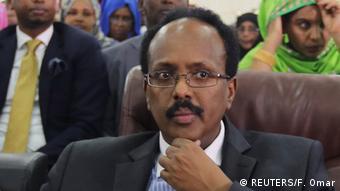 A lack of clean water in many areas has posed the additional threat of cholera and other diseases, UN experts have warned.

The situation had made Somalis "vulnerable to exploitation, human rights abuses and to criminal and terrorist networks," according to a government statement.

"The ravaging drought forced them to flee from their homes," said Abdullah Mohamed Ibrahim, deputy director of Sorrdo, a Somali organization. "They are so desperate."

Urgent nutrition support was needed for 363,000 acutely malnourished children, "including 71,000 who are severely malnourished," said the US Agency for International Development via its Famine Early Warning Systems Network.

Violent conflict was a common thread in all four countries, Guterres pointed out. 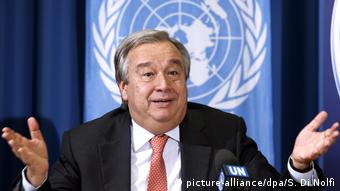 Last weekend, the head of the US military's Africa Command, General Thomas Waldhauser, said the Pentagon was taking a "fresh look at Somalia" to find ways to weaken al-Shabab's decade-long insurgency.

Other officials quoted anonymously by Associated Press said the US was considering sending special operations forces to assist Somalia's national army and ease restrictions on US airstrikes. Currently, it has only advisers present.

The officials also said the African Union was planning to pull out its 20,000 peaceceeping forces from Somalia in 2020.

Al-Shabab has been ousted from most Somali cities and towns, but continues to stage suicide bombings. In an attack on Monday, five Somali soldiers were wounded.

A bomb blast at a busy market in the west of the Somalian capital has killed more than a dozen people. The explosion is thought to have been caused by a car bomb. (19.02.2017)