A bomb blast at a busy market in the west of the Somalian capital has killed more than a dozen people. The explosion is thought to have been caused by a car bomb. 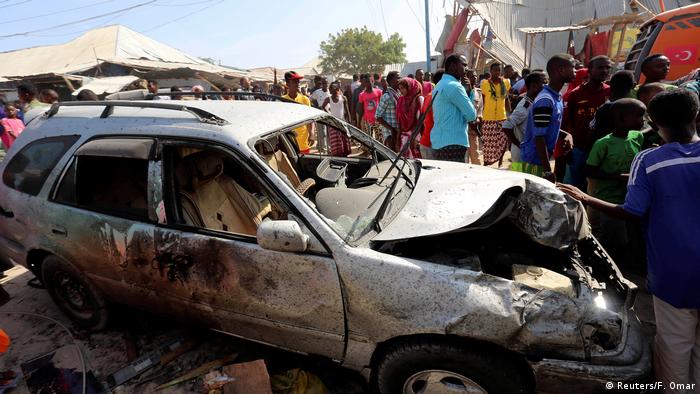 At least 20 people were killed and more than 50 injured on Sunday when a bomb went off at a market in western Mogadishu, Somali officials say.

A police officer, Captain Mohamed Hussein, said the powerful blast was thought to be from a car bomb. He added that the casualty toll might rise, as many of the wounded victims had suffered critical injuries.

Another security official, Mohamed Jilibey, said there were a lot of civilians near the site of the explosion.

Challenge for the president

No group has so far claimed responsibility for the blast. However, the incident bears the hallmark of an attack by the Islamic extremist group al-Shabab.

Although the group has been driven out of large parts of south and central Somalia, the rebels continue to carry out guerrilla attacks throughout the country, especially in the capital.

The explosion is the first big attack in the Somali capital since the election of President Mohamed Abdullahi Mohamed, and highlights the problems facing the new leader, with several rural areas still partly under the control of the militants.