Mohamed Abdullahi Farmajo has been sworn in as Somalia’s new president. Twenty-one candidates took part in the poll, which had been delayed several times. 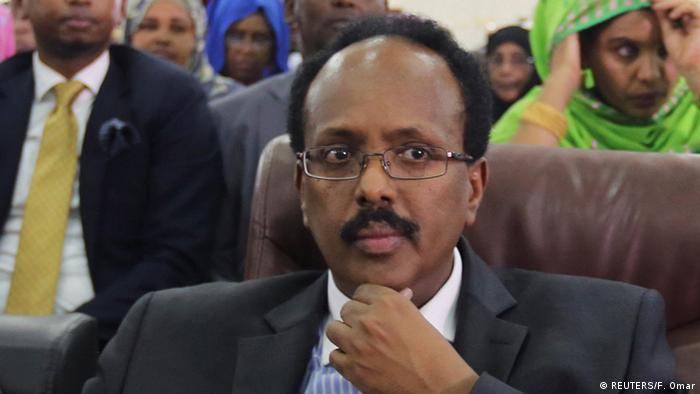 Farmajo's win indicates that Somalia's political representatives were clearly hoping for political change,  said DW's Somalia expert Ludger Schadomsky. "Farmajo has relatively little experience in running a high political office as his term as prime minister only lasted for eight months back in 2010 and 2011," said Schadomsky.

The incumbent president, Mohamud, was initially tipped as a favorite. "Let Farmajo prove to the Somalian people that he can stick it out longer this time," Schadomsky added.

The presidential switch-over from a member of the Haweiye clan to a Darod will also have consequences for the all-important clan balance in the country, Schadomsky explained.

Wednesday's vote was the last hurdle in an extended electoral process. Due to the volatile security situation in the country, 14,000 clan elders and prominent regional figures first elected 275 members of parliament and 54 senators last year. These, in turn, took part in the presidential elections. After repeated delays, the vote was held in the safety of Mogadishu's airport. Residents had reported a heavy security presence in Mogadishu a day before the vote.

UN representative Michael Keating said he is "cautiously optimistic" that universal suffrage - "one person, one vote" - will be introduced in Somalia by 2020. "But I am not saying it will be easy," he warned.

Somalia has been plagued by instability since 1991, when the long-time ruler Siad Barre was ousted. What followed was a prolonged period of civil war and a power vaccuum that led to the rise of the Islamist group al-Shabab.