Somali national charged over attack on Danish cartoonist | Europe | News and current affairs from around the continent | DW | 03.01.2010

A Somali man has been charged with trying to kill Danish cartoonist Kurt Westergaard, whose depictions of the Prophet Muhammad sparked violent protests around the world in 2006. 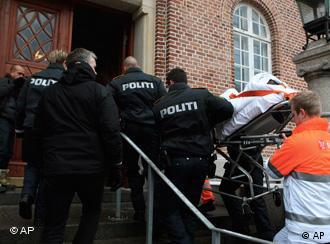 The suspect has been placed in custody for four weeks

A court ruled on Saturday that the 28-year-old Somali national would remain in custody until January 27. The presiding judge said the suspect would spend two of those weeks in isolation.

Westergaard was at his home with a five-year-old granddaughter when the intruder tried to break in early Saturday. 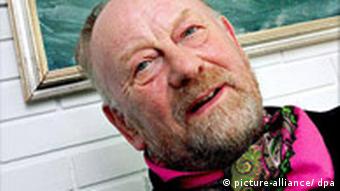 Westergaard was not injured in the incident

"I locked myself in our safe room and alerted the police," Westergaard told Danish news agency Ritzau. "He tried to smash the entrance door with an axe, but he didn't manage."

"He used insults, I don't remember which, but it was bad language. He spoke poor Danish and he wound up saying he'd be back," the 74-year-old cartoonist said.

The 28-year-old Somali, who was shot and wounded by police outside Westergaard's home, has denied charges of trying to kill the cartoonist and a police officer on the scene in the city of Aarhus.

Danish police said the man had been shot and wounded by an officer after attempting to enter Westergaard's home, armed with a knife and an ax.

Denmark's Security and Intelligence Service PET, a department of the national police, said the Somali man, who was not named, had links with Somalia's al Shabaab militant group as well as al Qaeda militants. It also accused him of involvement in a terror-related network with links to Denmark, where he has a residence permit.

"PET looks very seriously upon this case, which once again confirms the terror threat directed against Denmark and the cartoonist Kurt Westergaard in particular," the head of PET, Jakob Scharf, said in a statement.

"For some time this network has been the subject of PET's investigation without, however, this having any relation to the cartoonist Kurt Westergaard," PET said.

Danish Prime Minister Lars Lokke Rasmussen said that the incident was not only an attack on Westergaard "but also an attack on our open society and democracy."

Not the first threat 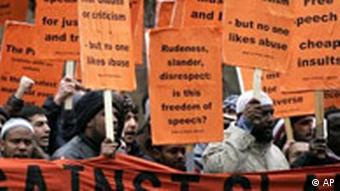 Westergaard has received a number of death threats since cartoons of the Prophet Muhammad appeared in the conservative Danish newspaper Jyllands Posten in 2005.

Westergaard's own cartoon, depicting Muhammad as a terrorist with a bomb in his turban outraged many in the Muslim world, in part because Islam considers any artistic renditions of Muhammad to be blasphemous.

The publication of the cartoons sparked violent protests worldwide in January and February 2006.

Germany's Die Welt newspaper and other European dailies, including France's Soir and Italy's La Stampa, reprinted the offending cartoons on February 1, 2006, as an act of solidarity to the right of Danish newspapers to publish the caricatures.

That month, Danish embassies in Damascus and Beirut were the targets of petrol bomb attacks and at least 50 people were killed in rioting in the Middle East, Africa and Asia.

Last year, US authorities arrested two men in Chicago who were suspected of planning attacks on Westergaard and the offices of the Jyllands-Posten newspaper.

Denmark's 200,000 Muslims make up 3.5 percent of the population and are the country's second largest religious community after the state-run Lutheran Church.

An organization of moderate Muslims in Denmark, the Danish Muslim Union, has condemned the attack on the Danish artist and any kind of extremism that leads to such acts.

This week's suicide attack on Denmark's embassy in Pakistan was revenge for cartoons Danish newspapers published of the prophet Mohammed, according to al Qaeda, which claimed responsibility for the attack. (05.06.2008)