Renewable energy is becoming increasingly viable worldwide. But how can governments spread the message to the public? In Morocco, the authorities have been looking to religion for the answer. 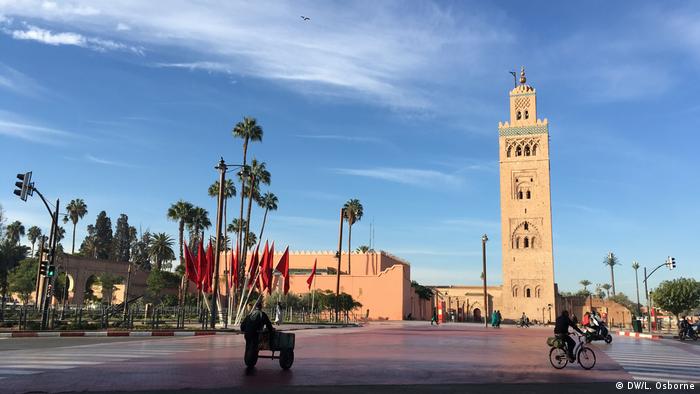 Revving engines and hooting horns – sounds from Marrakesh's busy street filter up to the rooftop of one of the Moroccan city's biggest mosques.

The mosaic-decorated, stone minaret of the Koutoubia Mosque, towers above the flat roof, providing little shelter from the strong sun that beats down onto a row of giant solar panels. That is precisely what Jan-Christoph Kuntze is counting on.

A project manager for GIZ, the German society for international cooperation in Morocco, Kuntze tells DW the panels were only recently installed but are already proving a success.

"It's basically for covering lighting needs and a couple of other energy needs in the mosque,” he says.

Although the roof panels are not visible from the street, a panel standing in front of the mosque informs passers-by how much electricity is being produced by the solar panels at any given time, and how many carbon emissions have been avoided. 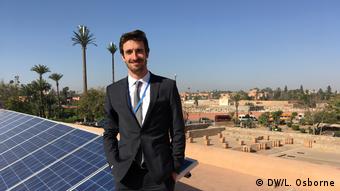 Something old, something new

It's all part of a scheme being pioneered by Morocco's Ministry of Islamic Affairs. Of around 50,000 mosques dotted across the country, the ministry is responsible for energy and water in approximately 15,000. The government plans to install electricity producing PV, or photovoltaic panels, LED lighting and solar thermal water heaters at around 600 mosques by 2019 and more after that.

Koutoubia is one of the country's first mosques to have solar panels installed and one of the most-high profile, says Kuntze.

"This is a very old mosque, one of the oldest in Morocco. There's a lot of awareness-raising potential via this mosqu,e because it's so important for Moroccans.”

The changes taking place at mosques are just some of the measures Morocco is taking in developing its renewable energy sector. A frontrunner in the region, the country has already rolled out large wind farm and solar energy projects. In 2015, the King of Morocco announced the country would aim to get more than half its electricity from renewables by 2030. 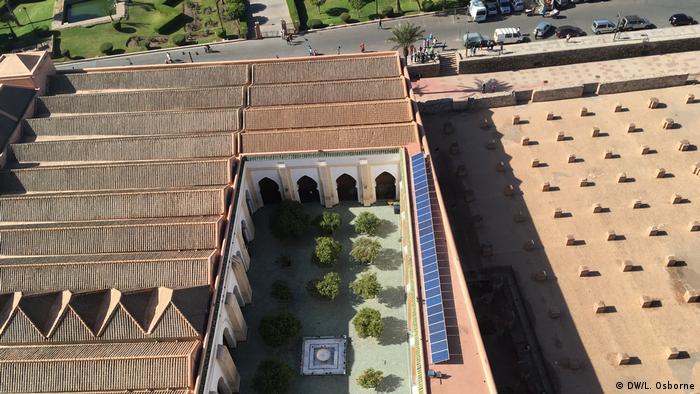 Getting used to green

The project was showcased at the UN climate conference in Marrakesh in 2016.  Said Mouline, general director of AMEE, the National Agency for Energy Efficiency Morocco, told the international community how the mosques can help achieve energy targets and raise public awareness.

Currently, Morocco is heavily dependent on energy imports. AMEE estimates that more than 95 percent of its energy comes from outside the country, which makes it vulnerable to energy price fluctuations.

The government believes that energy efficiency and renewable energy are the key to reducing the country's dependency and providing people with an affordable source of power, at least in the long run. But the initial costs for installing solar panels or measures to make their energy more efficient are beyond what many Moroccans can afford.

"We are looking for financing for citizens, for implementing energy efficiency. We have to convince them that it's better…,” added Mouline. 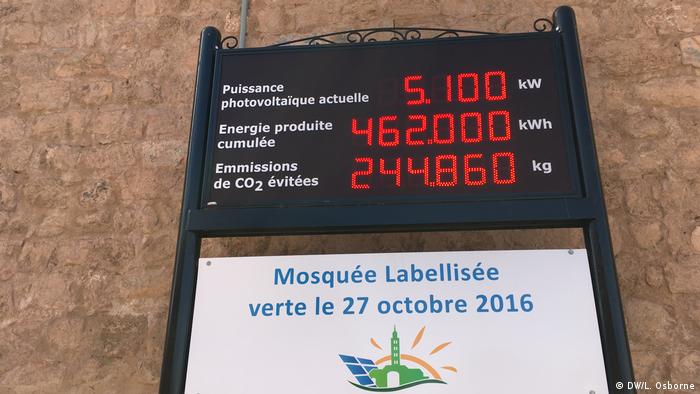 The call to prayer echoes across the square outside the Koutoubia mosque. People make their way quickly towards the building to take part in Friday prayers, one of the most important days of the week for Muslims.

Few mosque-goers here seem to be aware of the mosque's solar panels – not visible from street level. Still, people seem to be optimistic about the future of renewables.

"The good thing about solar energy is that unlike electricity, it is always available. It's from God,” says one man.

A young girl outside the mosque says that she could imagine using renewable technologies in her own home. "This could be the future for Marrakesh to depend only on solar energy,” she says.

There is still a long way to go before Morocco meets its renewables targets. But the future for Morocco's mosques at least, is looking decidedly greener.

Angola will become the first African country to supply Germany with green hydrogen as Berlin seeks to transition into clean energy. Experts say Africa has massive green energy potential, but it involves risks.