Sochi games mobilize Circassians in Turkey | World | Breaking news and perspectives from around the globe | DW | 06.02.2014

For many Circassians, Sochi conjures a past involving genocide and expulsion. The fact that the Winter Olympics is about to be held there has awakened a sense of nationalism among Caucasus descendents living in Turkey. 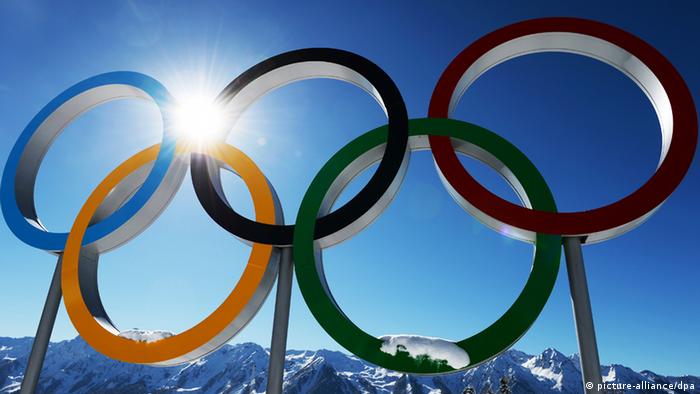 Between two and five million Turks are descendents of refugees displaced by conflict in the Caucasus. This group isn't just made up of Circassians; there are also Chechens, Abkhazians, Ossetians and Dagestani in their ranks. Today, some 60 member organizations of the Federation of Caucasian Associations in Turkey are calling on Ankara to recognize and protect their unique culture and languages.

Until recently, the federation's work focused mainly on the preservation of tradition and folklore, said Caucasus activist Ozgur Aktekin in an interview with DW. But now that's changed. Many Circassians in Turkey were completely shocked by Russian President Vladimir Putin's decision to hold the Olympics in Sochi, said the 28-year-old engineer from Istanbul. "By choosing Sochi, Putin gave the Circassian movement a new dynamism."

Sochi is a significant place for many Caucasus descendents living in Turkey today, and many of them see the decision to hold the games there as a type of provocation. The city is the site of the last battles of the Russo-Circassian War, in which Russia completed its conquest of the Caucasus in May 1864. In an early case of "ethnic cleansing," the Circassian residents were banished from the area. Some of them were absorbed into the Ottoman Empire, but hundreds of thousands died. Many Circassians refer to the events of this period as a genocide, and this year marks its 150th anniversary. 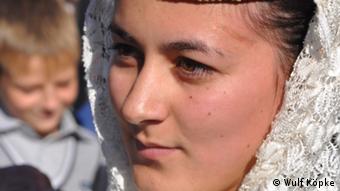 Hosting the 2014 games in this city of all places, is unacceptable, says Dogan Duman, another Caucasus activist. Speaking on Turkish television, he said he supports the spirit of the Olympics in general, "but cannot accept that the games are being held on the graves of my grandparents."

Fellow activist Kuban Kural also pointed out in an interview with the Amenian-Turkish newspaper "Agos" that the Olympic Village in Sochi had been constructed at a site where many Circassians were murdered by Russian soldiers.

For months, Turkish Circassians have been protesting in front of Russian institutions such as the Consulate General in Istanbul's city center. On Sunday (02.02.2014), several hundred Circassians with flags and dressed in traditional clothing rallied in front of the consulate to draw attention to "the truth behind Sochi," according to one protest chant. The Sochi games were even compared to the 1936 Summer Olympics in Nazi Germany. 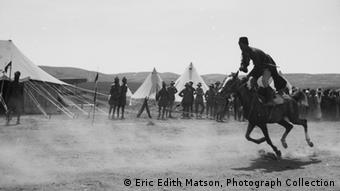 Aktekin said this work of raising awareness is the ethnic group's most powerful weapon. The Turkish Circassians want to distance themselves from violent Chechen groups and other extremists, but they're proud to have started a global, non-violent protest movement against the Sochi games. It was in Turkey that the international "No-Sochi" movement actually began.

Failed calls for a boycott

But the Circassian associations have failed to achieve one of their goals. Their calls for the Turkish government to boycott the event have been in vain. Prime Minister Recep Tayyip Erdogan is expected to travel to Sochi on Friday of this week for the opening ceremony, and to meet with President Putin. Six Turkish athletes are participating in the competition this year, which is consistent with attendance numbers in previous winter games. Erdogan doesn't want any conflict with Moscow - Russia is not only a major power in Turkey's immediate vicinity, it's also a major supplier of oil and gas. 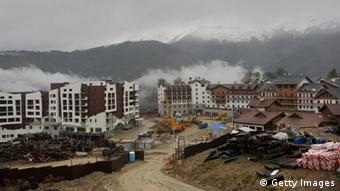 Still, Aktekin remains confident. "We've achieved so much," he said, noting that the Turkish Circassians are more aware of their identity now.

He's not concerned about the movement losing its newfound momentum after the games are over. "There are still crimes being committed," he said, referring to current instability in the Caucasus region.

In the long term, the Circassians want international recognition of the genocide, as well as the right to return to their forefathers' homeland. Aktekin admits there's a lot of work to do: "That will be difficult," he said.

The Winter Olympics are a source of jobs for many people in the Sochi area, and a source of excitement for many others. For the village of Akhshtyr, the games have proven nothing but a source of problems thus far. (04.02.2014)

The United States has offered its “full support” to Russia in efforts to ensure security at next month’s Winter Olympics in Sochi. Islamist militants from Russia's Noth Caucasus region have threatened to launch attacks. (21.01.2014)