So much for "blossoming landscapes"

Politicians promised rosy development in eastern Germany after the fall of the Berlin Wall. Instead, the price of real estate is falling, and industry has failed to bloom. 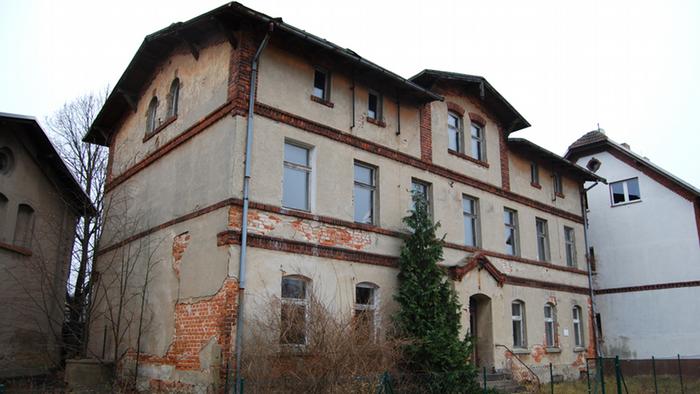 "The way that the landscape has been blotted by these boxes is terrible" is the sort of comment made by the travelers in this group from western Germany, who chose to travel by train to see what the former East looks like 25 years after the fall of the Berlin Wall.

Each time they arrive at a destination, they find a barricaded building - each station looks worse than the last. Yet, these buildings - like the station at Oderbruch on the Polish border - used to be elegant with their halls, restaurants, ticket offices and spaces for conductors and accommodation for railway employees.

"We wanted to see what our 'solidarity tax' went on," says one of the tourists. "It didn't land here for sure," quips his companion.

Experts estimate that some two trillion euros have flowed into the former GDR over the past 25 years. Lots of money went into social security, into building roads, into supporting start-up companies and funding prestigious projects. Berlin, Leipzig, Dresden, Brandenburg and perhaps Jena and Erfurt have benefitted and developed into blossoming cities, but the province seems to have been forgotten.

Migration to the West

One of the problems is that young people have left the region for places where there are jobs, often in western Germany. Some two million people have gone since 1990. The Cologne Institute for Economic Research estimates that some areas will have lost up to a quarter of their inhabitants by 2030. This also means that purchasing power is decreasing.

Moreover, eastern Germany is feeling the global economic crisis much more than the western part of the country says Axel Lindner, an economist at the Halle Institute for Economic Research. He explains that this mainly has to do with the fact that the new states of Germany have developed an intermediate goods sector, producing products which are sent all over the world to be integrated into larger production processes. These production processes have suffered in many export countries, with repercussions for the industry in eastern Germany. He adds that this is also a direct consequence of the way that the economy was set up in the region.

A lack of industry 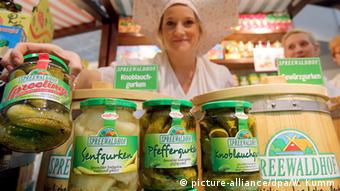 "The main problem after German reunification is that the industrial foundations collapsed," he says. Industry was far from competitive. Moreover, a major mistake was made at the beginning of the 1990s when wages were increased by far too much. Therefore, competitive industries were not able to settle in the east German province. Although the most recent figures indicate that competitiveness has increased significantly, industry remains absent. Spreewald gherkins survived Reunification, but not all products did.

However, compared to some parts of Europe, eastern Germany is still doing fine on the whole. "The level of industrialization is still higher than in France or England," says Lindner. There are also some regions in western Germany which have not seen much growth.

"The problem has to do with the German provinces full stop, not the east. There are major discrepancies in western Germany too. We simply have to get used to the fact that there are regions in Germany, in the Ruhr Valley, for instance, where growth is weak, and unemployment is higher than in the rest of the country."

A side effect of these differences is noticeable on the real estate market. Whereas in many cities, the price per square meter is increasing rapidly, it's the other extreme in the east German province. Land and buildings in these regions is sometimes auctioned off for as little as 100 euros per square meter.

However, these prices are not so dramatic for some of the sellers, says Ralf Karhausen, who runs an auction house. "Many of them had written off their real estate and let it deteriorate over the years. Some of them do not want to invest the necessary money to make the buildings usable again." Many of the buildings date back to the GDR, others to the time of the Kaiser.

This year, Deutsche Bahn (DB) is one of the sellers. It has sold off whole stations with great pomp for little money. DB only needs a small room and the platform, which it can rent from the new owner for a predetermined sum. The advantage is that DB no longer needs to pay for the expensive renovation and maintenance work. The new owner picks up that tab now.