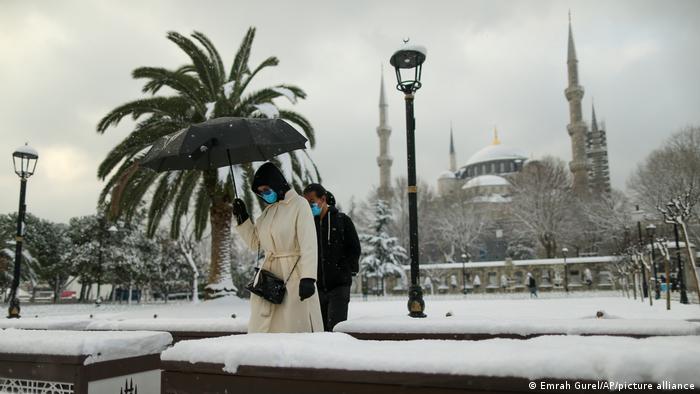 Large parts of Greece and Turkey were covered in a blanket of snow Monday.

It is an unusual occurrence for the southern Mediterranean countries, but the second time that it has happened in two years.

The rare snowstorm — called "Elpida" or "Hope" in Greek — brought the Greek capital Athens to a standstill.

Snow also brought down the roof of one of the buildings at Istanbul's major air traffic hub, grounding flights to and from Asia, Europe, Africa and the Middle East. 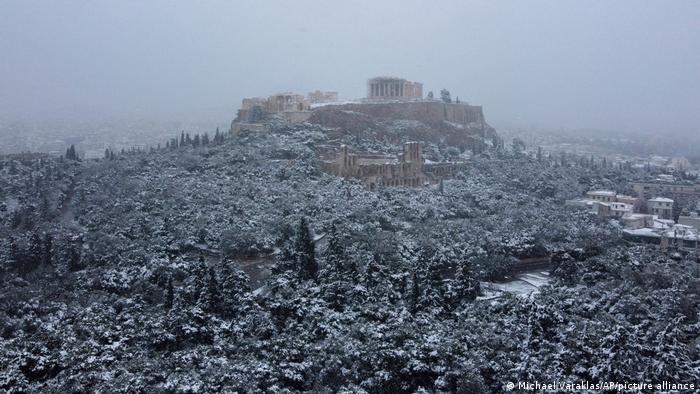 Snow is usually limited to the northern mountainous regions of Greece, on rarely falling with such intensity in Athens

The Greek government declared a holiday for parts of the country, including the capital, to keep people from going outside.

"We ask citizens to avoid leaving their homes. It will be a difficult night," Climate Change and Civil Protection Minister Christos Stylianides said.

"The height of the snow is unprecedented in some areas," he added.

Hundreds of drivers in the city were stuck in their cars for hours with rescue workers braving the cold to free the stranded motorists. 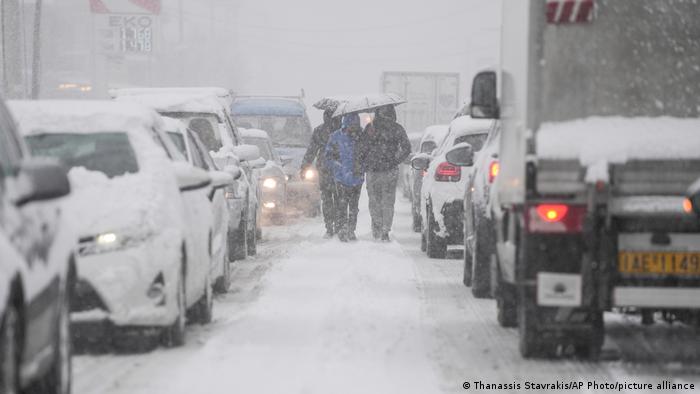 A snowstorm in February last year left four people dead across Greece as well as cutting power for thousands of residents for several days.

Kostas Lagouvardos, research director at the National Observatory of Athens, told ANT1 TV that the capital had not seen back-to-back winters like this since 1968.

Snow fell on several Aegean islands, including on the beaches of popular tourist spot Mykonos.

Extreme weather in the southern Mediterranean

Neighboring Albania also closed all elementary and high schools for three days due to the freezing temperatures.

Snow fell across Turkey before reaching the northern region of Syria, home to thousands of refugees in makeshift camps, unprepared for the levels of cold the storm brought.

Snow flurries are expected to continue in Greece and Turkey for several days. 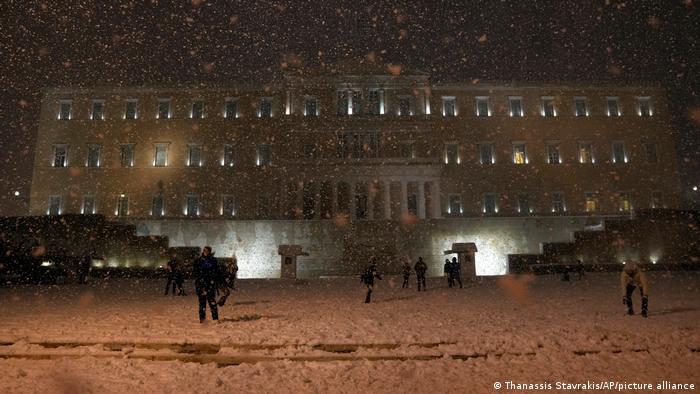 Greece also suffered deadly and destructive wildfires last summer that lasted for days. These were put down to the effects of climate change that increases the frequency and severity of extreme weather.