Greece's prime minister says more could have been done to prepare for this year's devastating fire season. 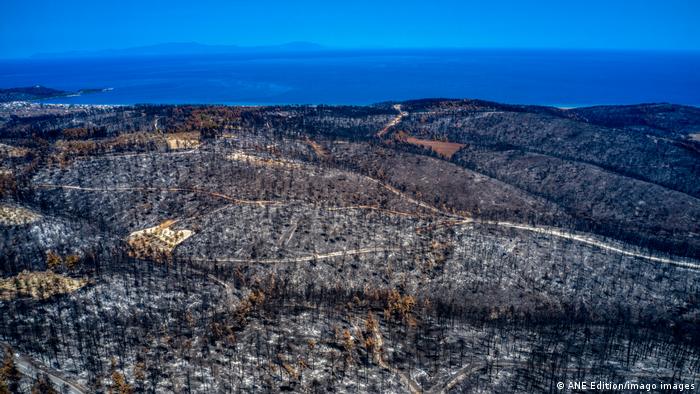 Greek authorities are scrutinizing the management of the devastating wildfires

Addressing a parliamentary debate on the management of the wildfires, Mitsotakis said: "We had prepared well. But not well enough to deal with this phenomenon."

The prime minister said government would closely review its response in order to identify problem areas that could be corrected.

Mitsotakis told lawmakers there was a greater need for more firefighting aircraft, and that an authority would be established to help better coordinate emergency teams in future. He added that the early warning text message system had contributed to limiting casualties.

In August, Greece recorded its hottest temperatures since 1987.

Mitsotakis said that in the first few days of the month, emergency services were called up to manage nearly 1,300 wildfires. 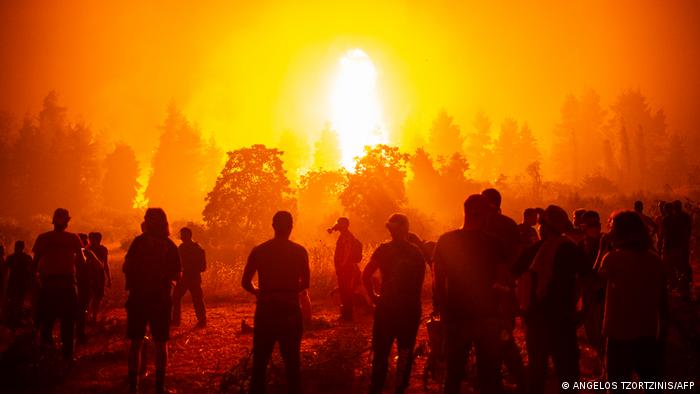 Around 60 fires were burning every day, with deliberate acts of arson seen in many instances.

The prime minister said the emergency showed a need for a radical shift to tackle global warming.

Dealing with the crisis "is forcing us to change everything; the way we produce agricultural products, how we move around, how we generate energy and the way we build our homes," he told the parliament.

A summer of devastation

The fires have devastated large tracts of forests, land and homes. The island of Evia, and parts of the Peloponnese were among the areas worst hit.

An aid package of €500 million ($587 million) has been approved to help some of the worst affected areas. The prime minister said that all those who had been affected would receive help to rebuild their homes.

On Monday, firefighters were sent to tackle a blaze in the southern part of Evia, which they managed to contain after a few hours.