The Moscow lawyer Anatoly Kucherena is Edward Snowden's public representative. But is it a coincidence that Snowden's spokesman is hardly a stranger to Putin's power structures? 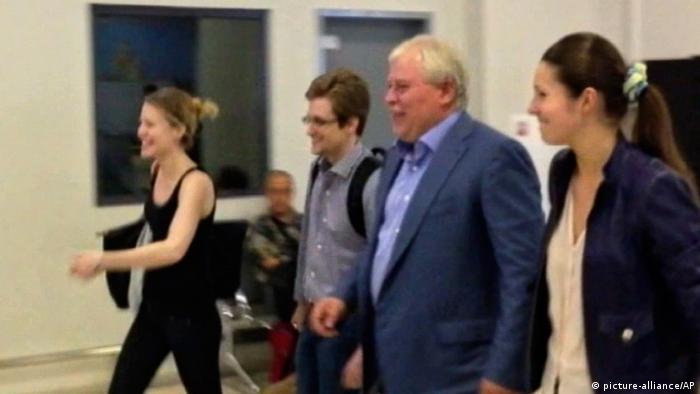 The picture shows Edward Snowden leaving Moscow's Sheremetyevo airport on August 1. He is accompanied by Sarah Harrison from WikiLeaks and by a white-haired, corpulent man in a dark suit. The man is Anatoly Kucherena. He is 52 years old and Snowden's most visible connection to the outside world.

It is impossible for anyone trying to contact Snowden to bypass Kucherena. He is not only the whistleblower's lawyer, he is also his spokesperson. Nearly every day Kucherena informs the media about his client. Recent updates included the fact that Snowden now speaks Russian or that he found a job as an IT expert. His statements have made Kucherena the most frequently quoted lawyer in Russia. How did he become such a prominent figure? 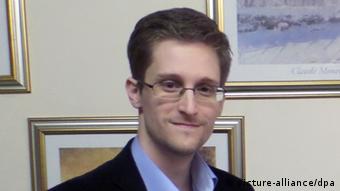 Edward Snowden almost only ever speaks through Kucherena

On July 12, 2013 a dozen human rights activists and lawyers visited Snowden at Sheremetyevo Airport. And Kucherena was among them. At the time, Snowden had already been in the transit area of the airport for three weeks. At least that is what the Russian authorities claimed; journalists hadn't seen Snowden since his escape from China to Russia.

After the meeting, Kucherena told journalists that he would help Snowden apply for asylum in Russia, adding that he would advise the fugitive free of charge. Just a few weeks later, Snowden was granted asylum for one year in Russia and was allowed to leave the airport. Kucherena hasn't revealed Snowden's current whereabouts.

In an interview with the Russian radio station "Echo Moskvy" at the end of September, Kucherena said he doesn't know why Snowden chose him after the initial meeting at the airport. The invitation came as a surprise: "Two days later he called me and invited me." Someone needed to help him with his asylum request: "If I hadn't done it, one of my colleagues would have."

Since the 90s, Kucherena has belonged to a prominent group of lawyers and has been constantly in the media. The website of his law firm Kucherena and Partners lists prominent clients that are well known in Russia: the director Nikita Mikhalkov, singer Iosif Kobzon and former justice minister Valentin Kovalyov.

But Kucherena is also committed to supporting those who don't have enough money for a top lawyer. In Moscow, his law firm offers free consultations for the socially disadvantaged. In recent years, Kucherena has notably increased his voluntary work. Moscow journalists joke that there is hardly a committee he is not on.

Out of Kucherena's two dozen voluntary positions, one of the most important is his membership of the Civic Chamber which President Vladimir Putin founded in 2005 and where Kucherena heads a commission dealing with issues of citizens' security. Kucherena is also a member of the civic committees attached to the Russian district attorney's office, the interior ministry and the Federal Security Service (FSB). One of his newest positions is as a member of the Presidential Council for Civil Society and Human Rights.

A supporter of Putin's 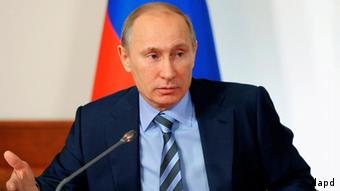 Putin has been able to count on Kucherena's vocal support

No-one knows whether Kucherena has had contact to the Russian secret services in relation to Snowden. He refused to be interviewed by Deutsche Welle. But readers of Kucherena's biography would find it hard to overlook his close relationship with the Kremlin. In an article from 2002, written in honor of Putin's fiftieth birthday, Kucherena praised him as a reformer.

Ten years on, at the 2012 presidential elections, Kucherena was one of Vladimir Putin's most prominent supporters and campaigned for him. He told "Echo Moskvy," "I know his work and I see that he is a worthy president."

Critical of the NSA

Since 2007, Kucherena has also headed the Institute for Democracy and Cooperation. It is one of two Russian NGOs that also work in the West, according to Putin. The institute has offices in Paris and New York and works to develop Russia's relations with the West. Critics say the institute is Moscow's response to human rights organizations such as Amnesty International or Human Rights Watch, which have been criticizing Russia for its human rights violations for years.

At the end of October, the institute published a report on human rights in the United States. Early in the document, on page 4, the report has a section dealing with human rights violations by the NSA in which Snowden is frequently mentioned and quoted.

British spying: From Berlin with love

In the latest NSA scandal plot twist, Britain has been accused of spying on Germany from its Berlin embassy. German politicians are demanding consequences, but observers are hardly surprised by the revelations. (05.11.2013)

Opinion: Asylum question is one of sovereignty

The question of Snowden's asylum in Germany is a stress test for the German-American friendship. DW's Volker Wagener also considers it a question of sovereignty - one that's probably too much for Berlin to swallow. (04.11.2013)