Snowden′s future between asylum and amnesty | World| Breaking news and perspectives from around the globe | DW | 30.07.2014

What will happen to Edward Snowden after a year of asylum in Russia? He is apparently negotiating his return. But the Ukraine crisis is decreasing Obama's room to maneuver while US media interest is waning. 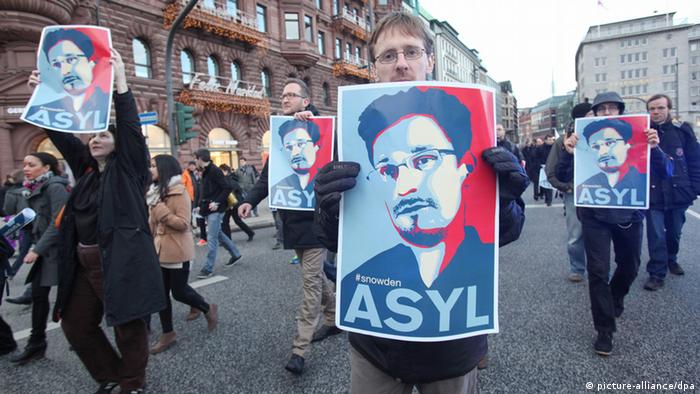 In light of the very tense relationship between Russia and the US, the Snowden case is certainly not on top of US President Barack Obama's to-do list. Snowden's extradition seems to be as unrealistic as his voluntary return, which has been discussed in Washington's political circles again and again.

Germany's justice minister, Heiko Maas, has also recently suggested that the former NSA employee should negotiate with the US government over terms for his possible return to America. After all, he does not want to move from one asylum to the next for the rest of his live, Maas said. Even some US media outlets like ABC have quoted the justice minister, who is hardly known here. But a deal seems unrealistic at the moment.

"I never say never. But I do think it's extremely unlikely that Snowden will return to the United States, at least under anything like the terms that he has proposed," Ken Gude, an intelligence expert at the Center for American Progress, told DW. "He has requested amnesty from prosecution for any of his actions and that just seems extremely unlikely."

Republican Congressman Charlie Dent also does not expect that Snowden will return voluntarily to the US, expressing "doubt that the US government would entertain a serious negotiation with him."

But Gude believes that there were serious talks between the Obama administration and representatives of Snowden at the beginning of the year.

"This issue of whether or not we should give Snowden the amnesty he demands has been openly discussed in the US," said Gude. "Even the NSA has floated that they would be interested in at least talking with his representatives."

"The first motivation is that even now, well more than year after the documents were first released, the NSA still does not have a full account of what he took," Gude continued.

This contradicts the latest US media reports that the NSA has no interest in a "deal" with Snowden, because his information has lost its value over the time. Although Snowden has given away most of the documents to journalists, it would be interesting for the NSA to know what he took, says Gude.

"This information could be valuable for him in the negotiations with the US," the intelligence expert said. "But generally, he is not in a strong negotiating position, and it is totally impossible that he will receive a general amnesty."

At the moment, Snowden is waiting to hear from the Kremlin. A few weeks ago, he applied for an extension of his asylum. His current permit to stay in Russia runs out on July 13, 2014, but hardly anyone doubts that the reply to his application will be positive. Even Obama, who has unsuccessfully demanded Snowden's extradition, doesn't doubt it.

In an interview with DW, Congressman Charlie Dent called on Obama to put more pressure on Russia, saying that the seriousness of the former NSA analyst's offense justifies another try. 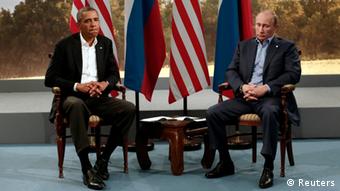 With relations tense between the US and Russia, it's unlikely that Snowden will return home

"Edward Snowden should be extradited to the United States," Dent said. "The United States has been very much embarrassed and humiliated by these disclosures, particularly in Germany."

"But just as important: Edward Snowden has divulged many of the American military capabilities and has really placed a lot of our service personnel in jeopardy around the world," the congressman continued.

Snowden has set the bar high, always saying that his return should be linked to amnesty. But Obama lacks the political will to give Snowden such a generous deal. Even if the president was interested in granting Snowden amnesty, he wouldn't be able to implement it due to his political weakness at home and abroad.

"The discretion as to whether to prosecute him rests with the executive branch in the United States, the attorney general and of course ultimately a decision of this magnitude would require the president to weigh in," Gude said.

Even if the Obama administration decided not to prosecute Snowden, this decision wouldn't be legally binding on future presidents. In other words, a future administration could still prosecute the former NSA analyst.

"The only way that can be avoided is if the president issued a pardon for his activities, then he would never face the prospect of prosecution for the actions he was specifically pardoned for," Gude said."But I think in the realm of reality, a presidential pardon is not really on the table."

In contrast to Germany, the NSA scandal is no longer a top story in the US media. Congressman Dent - who maintains close relations to Germany and its political class - believes that Americans are interested in the NSA story, but that it has simply been overshadowed by other events recently.

"Iraq is being overrun, in Syria people are killing each other, we have tens of thousands of unaccompanied children pouring into our country," Dent said.

"It's not that the Americans are not interested, but they are overwhelmed with so much news," the congressman said."[Like] the Malaysian airline that was just shot down over Ukraine, which is really appalling to everyone and so distracting."

But Snowden knows how to remain in the discussion. The latest revelations, which have been published in timely intervals by the Washington Post, the British Guardian or the newsmagazine "Der Spiegel," still attract some interest in the US media.

"Just a couple of weeks ago, there was a revelation about spying on the heads of Muslim American organizations in the United States, that garnered a significant amount of media attention," Gude said. "Of course Congress is still working through changes to the surveillance laws, [changes] prompted almost exclusively by Mr. Snowden's revelations."

Berlin’s drastic step to expel the CIA station chief in Germany is a desperate attempt to finally get Washington’s attention. The Obama administration should heed the call to avoid wrecking German-American relations. (11.07.2014)