Smuggling migrants through Bulgaria | Europe | News and current affairs from around the continent | DW | 23.08.2016

For thousands of migrants who crossed the border between Turkey and Bulgaria the only alternative is to leave the latter with the help of smugglers. Ambra Montanari and Giovanni Piazzese report from Sofia. 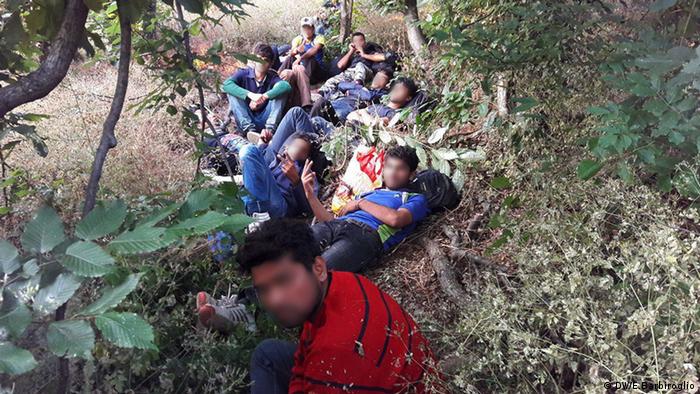 Sitting in the garden next to Sofia's mosque, where families prepare to leave with backpacks and plastic bags filled with clothes, Asif describes his life as a smuggler. Asif is 25 and comes from Afghanistan. Last year he began to smuggle people between Bulgaria and Serbia.

Human trafficking in Bulgaria is a constant presence, but in the summer business becomes much more profitable. The good weather makes it easier to cross the forest at the border with Serbia.

That's why, while British teens and Russian tourists start filling the Black Sea's beaches, Asif moves to Sofia to take people out of Bulgaria.

"I work here for five months. Then I have to go back to Italy, as I can't leave the country for any longer as my own asylum request is being processed there," he tells DW in perfect Italian.

He was recruited for this job in Milan. His bosses needed someone who could speak Dari since the majority of the migrants crossing from Bulgaria nowadays are Afghans. They face the risk of being stuck in a place considered one of the most inhospitable countries in Europe. Laws regarding refugees' rights are very restrictive and migrants are constantly attacked by xenophobic right-wing groups.

However, the route through Bulgaria is also the cheapest one to Germany or France, where the refugees hope to find a job and help the rest of their family to join them. 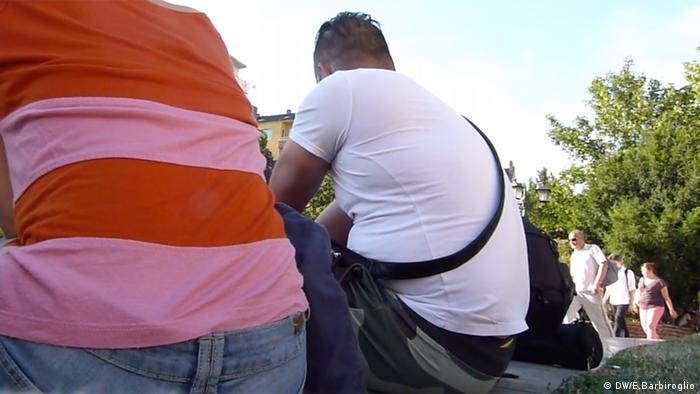 Asif left somebody in Afghanistan as well. His father and brother trade in luxury fabric. He was sent to study in the UK when he was 14, but was soon kicked out of school and started traveling illegally through Europe thanks to friends he met in Sicily and then Milan. "I lived in Russia for a while. One day I drank too much and I fought with someone. I ended up spending the next six months in jail."

Asif looks around, his colleagues look at him from the other side of the park, communicating just with eyes and barely perceivable nods. Sometimes one of them approaches him and asks what to do. The park is an open-air office: here smugglers gather the people that will leave for Serbia during the night. When the time comes, they take a taxi to the trucks. A Bulgarian driver will bring them close to the border with Serbia and, from that point on, the GPS tracker will show the way.

Bulgarian authorities and the border police are well aware of what happens. Bilal, another smuggler like Asif, walks regularly in and out the camp of Voenna Rampa, 20 minutes from Sofia. He parks his black Mercedes just outside the gate, less than 5 meters from a police pickup where a policeman takes a nap. Nobody pays attention to him except asylum seekers who meet him to arrange their next travel.

Asif and his colleagues are just one of many different teams operating in Sofia. "We have our clients, they have theirs, we don't fight over people. The migrants already have my number in Turkey," explains Asif.

"When they arrive here, they call and we arrange the transport. Then, when they are on the other side, the family in Afghanistan pays my friends (the organization)." He says nothing about his bosses but he reveals that they are currently in Afghanistan and Turkey.

The payment goes through once migrants reach the next country, and so on, until they make it to Germany, Italy, Austria or France, the main destinations for Afghan asylum seekers. Asif points his finger to the sky: "Inshallah, (god willing) they will reach those countries."

Some of the migrants are stuck in Bulgaria, with no chances of leaving the country anytime soon since they do not have enough money to pay the smugglers. Even if they manage to cross the border and reach Western Europe, they risk being sent back to Bulgaria. Their fingerprints have been taken there and, according to the Dublin Regulation on processing asylum seekers, Bulgaria is the responsible country for their asylum procedures. 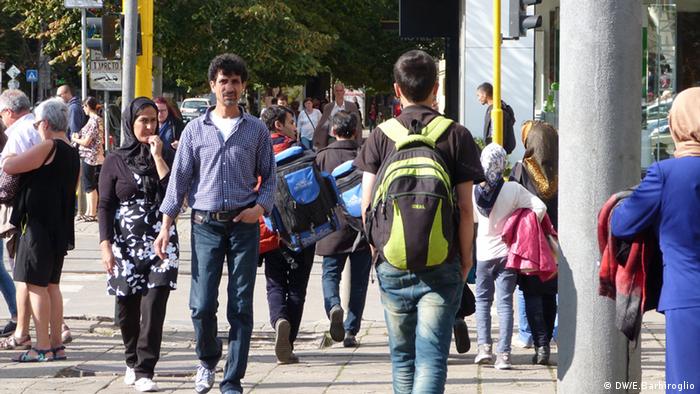 The price to pay

"If you are under 10-years old, you pay half the price," explains Asif. "Like at the amusement park," he laughs.

"We have a lot of 12-13-year-old kids here and they pay the full price. Sometimes you have people that pay a lot and they can also travel in a single car, but usually we move people in groups of 20 or 30. It depends on how much they can pay: the more they pay, the smaller will be the group. I have fixed costs to cover, you know."

In its annual report for 2015, Amnesty International found that "NGOs reported that people in search of international protection who were trying to enter Bulgaria through checkpoints were rejected."

As a consequence, the migrants' only alternative is to put their trust into smugglers.