A five-day smog red alert has been declared across several cities in northern China, including the capital, Beijing. Authorities ordered factories to shut or cut output to stem hazardous air particle levels. 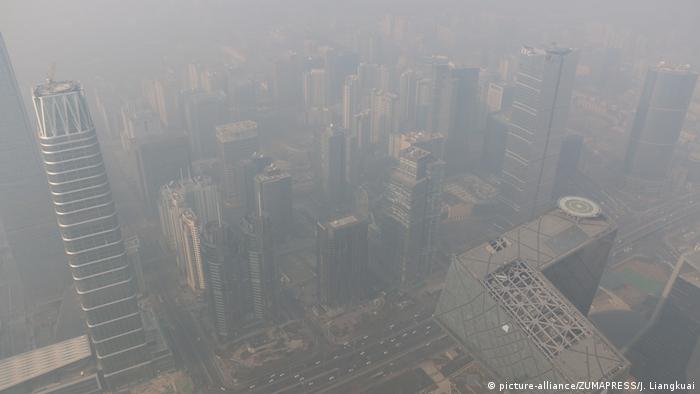 Beijing and several other cities across northern China ordered 1,200 factories to cut production or shut on Saturday in response to a blanket of dangerous smog moving over the area.

Half the vehicles in the capital were ordered off roads, schools shut and construction halted after China's environmental body on Friday issued a five-day smog red alert and urged residents to stay indoors.

Levels of microscopic PM2.5 - small, inhalable particles used to gauge air quality - rose above 300 by early evening in Beijing, according to the monitor Beijing Air.

The red alert was the first issued this year in the capital of 22 million people. More than 40 cities have issued warnings, with 22 on red alert.

Of the 1,200 factories affected, 500 were ordered to limit output and 700 were forced to shut down. A major oil refinery run by state oil giant Sinopec and steel mills were among those factories to reduce output.

The Nobel Peace Prize laureate said he had "an extremely interesting conversation" with the US president-elect. Donald Trump has described climate change as a "hoax" invented by China to undermine American industry. (06.12.2016)