Smartphones, wearables and big data may be the one health risk you can′t avoid | Science | In-depth reporting on science and technology | DW | 02.09.2015

Smartphones, wearables and big data may be the one health risk you can't avoid

Mobile devices are becoming vital health tools. One day, we may even be forced to use them to collect data about ourselves - truly, big data. The question is who'll own it and what will they do with it? 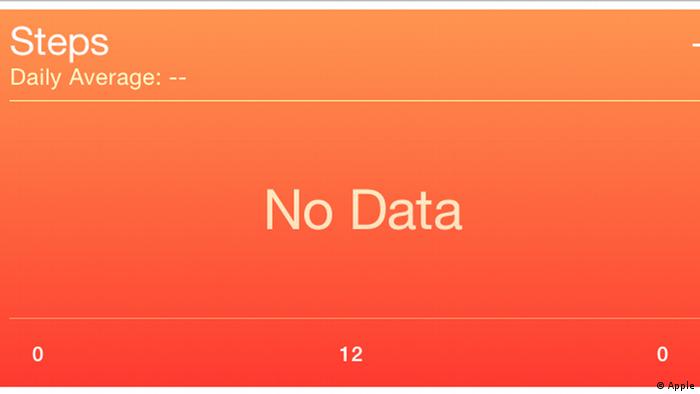 Everywhere you look in technology these days, you're likely to find people talking about two things: mobile devices, including wearables, and big data.

Both, we're told, are finally maturing as things of true value for humanity. They have become part of a global tech mantra about "revolutionary, problem solving innovations that make the world a better place."

Well let's start with a little myth-busting: Big data is nothing new - it's been around for at least half a century.

"There was big data in the 1950s when there were simulations of atomic bombs," says Professor Matthias Hagen, head of the research group "Big Data Analytics" at Bauhaus University in Weimar.

So to talk of big data as "revolutionary" is a bit of stretch. But there is a difference between then and now.

"Today we are able to measure and store a lot of behavioral data about people - people on the web, what they do and what they search, and the social network stuff, too, what Facebook collects," says Hagen.

It's not only Facebook, of course - there's Google, Amazon, and Apple to name the big four, whom the French refer to collectively as "GAFA."

The first thing we think of with these firms - in our darkest, most concerned moments - is privacy. We ask: Is my private data safe in their hands? If I store private photos or other information, such as medical notes, or a diary in a cloud service, are they safe from prying eyes, or even intelligence agencies? 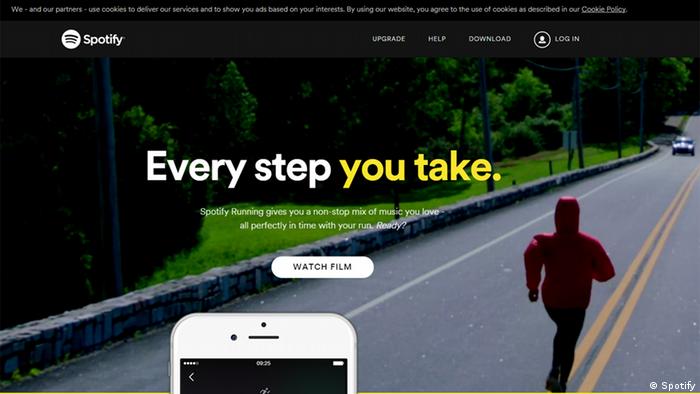 Services like Apple Music or Spotify's Running may get you moving, but are you giving more than you get?

But when it comes to big data, perhaps we should be more concerned about property.

"It's not so much about privacy, but who owns the data?" asks Hagen. "If someone tracks me on the web, is it my data or is it theirs? I grew up in Europe, so my personal view would be, I don't like everyone to know everything about me, I don't want everybody to know my search history. You can build a really good profile out of what someone searches for."

And Hagen should know. He specializes in optimizing search engines - not for tracking people, but for improving small-scale search engines used by scientific researchers.

"The bigger companies will know what I've done in the last five years, but it may be more interesting to know what someone did in the last five minutes to improve the performance of the system itself," says Hagen. "So when I know what queries were submitted before the actual query, then maybe we can get a better understanding of what the user is actually looking for."

Hagen is an anomaly in his own research - he has no smartphone, and uses an "analogue" pen and paper to keep his schedule.

But ever increasing numbers of people do own smartphones and wearables, like the Apple Watch. And the idea of knowing an individual's minute-by-minute movements is what big data is all about.

With our smartphones and wearables, we're constantly contributing - on a "pro bono" basis - to a global database about our thoughts, habits and actions.

Google, the most dominant search engine on the planet, used such data to develop its predictive search, forever changing the Internet. 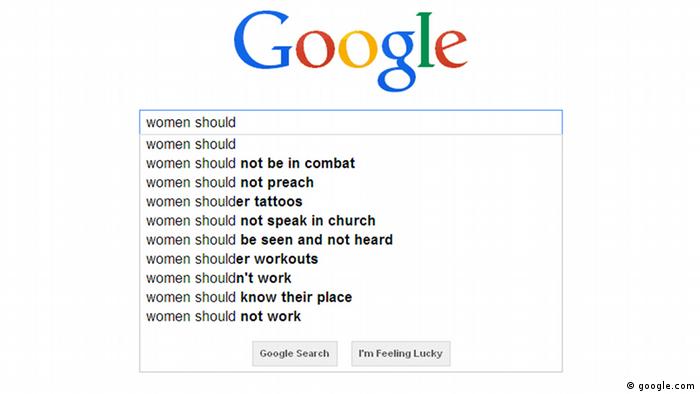 Whether we're among the growing numbers of people on social platforms, like Pinterest and Instagram, or we're one of an unfortunate number unwittingly tracked by Warwick University researchers at Milan's Linate Airport, based on our geo-tagged tweets, we're all in the mix because of the technology in our pockets.

But it's not all bad.

Researchers at the London School of Hygiene and Tropical Medicine (LSHTM) are also using smartphone technology to allow doctors to perform visual acuity tests in remote regions, such as Kenya's Rift Valley, where they had to set up 100 temporary eye clinics.

"Two thirds of the locations we went to didn't have road access or electricity, so setting up a hospital-based eye clinic without the infrastructure was very challenging," says Dr Andrew Bastawrous, lecturer in International Eye Health at the LSHTM. "That's also where we found the most people who were blind and in need of eye care."

So they came up with PEEK - the Portable Eye Examination Kit. It uses commercially available smartphone hardware, but it's strictly for health professionals. 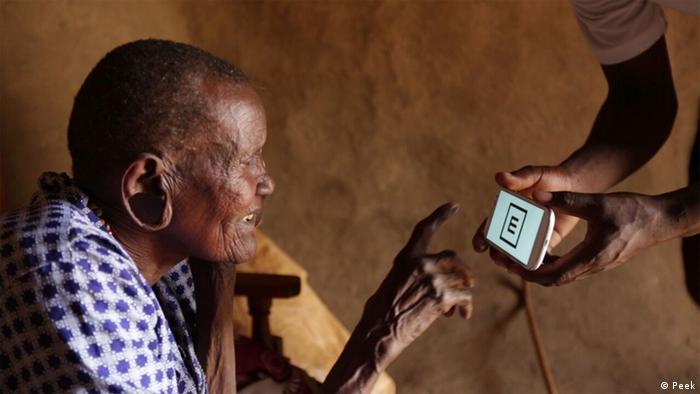 PEEK runs on commercial smartphones but it's for professional use only

"We have a combination of software diagnostic tests, we have hardware which allows us to clip devices onto the phone to enable imaging of the lens or retina, and it allows us to connect patients with care and follow up through SMS services," says Bastawrous.

A world of difference

There's a world of difference between Peek and "consumer" health apps. Peek handles a big amount of data but the developers say it stays between the patient and doctor. But with other apps, who knows?

Consider Apple's Health app, which can let you track your physical activity - the steps you climb or the distance you walk. It may be useful data for you and your doctor. But it may also give Apple masses of commercial data about how you use their devices and when.

Spotify's "Running" tool also uses real time data to select music to match the pace of your running. But it also allows the company to influence your tastes and what you buy.

You may shrug this off as harmless - after all, it's a good feeling knowing exactly how active you've been during the day.

But what if your health insurance company asked - or forced - you to wear an armband to track your physical activity? How would you feel then?

"They want to earn money with that," says Hagen. "So insurance companies, when they know what kind of illnesses I had in the last couple of years, or what kind of sports I'm doing, then my insurance might go up."

The main problem, says Hagen, may be that we don't actually know what can be done with what kind of data right now. And it's possible that one day we may not have a choice.

"Yes, this might be a risk," says Hagen, "a very reasonable risk."

The popular music streaming service may have fallen out of favor with its users after it changed its privacy policy, asking for wide-ranging access to customers' private data. (21.08.2015)

Telecom giant AT&T reportedly played a "highly collaborative" part in helping the NSA to spy on Internet traffic. It's the latest revelation from documents provided by the agency's former contractor Edward Snowden. (16.08.2015)

Transparent you: From data collection to data protection

Surveillance only happens to people under suspicion. In recent years, we've seen that's not true. Each of us is monitored, but to what extent? Follow us through a day to find out how much data you're really giving away. (14.07.2015)