The new government in Freetown dismissed the "vanity project" of its predecessors and ended the $400 million contract. Sierra Leone is the latest country to express concern over Chinese influence-peddling. 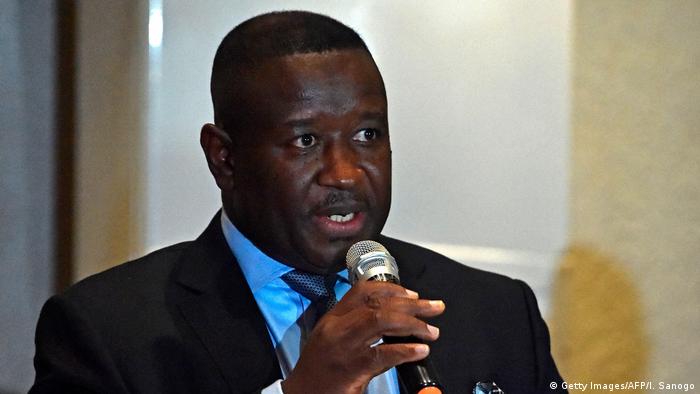 The government of Sierra Leone announced on Wednesday that it was shuttering a $400 million (€347 million) construction project that would have been financed by China.

President Julius Maada Bio (above) said that the airport, which had been planned under the government of his predecessor, was not only unnecessary, but also an unfair cost to the people of Sierra Leone, many of whom still need better access to basic services like education and healthcare.

China has been seeking to expand its influence in developing countries in Asia and Africa by funding infrastructure projects. Sierra Leone is the latest of several countries to cancel plans involved with Beijing's "Belt and Road Initiative" with many citing sovereignty concerns.

The Sierra Leone Telegraph reported that the project would have been financed entirely by a loan from China, and that Beijing would have also built, managed and maintained the airport.

The World Bank had called into question the financial prudence of the project. Although the West African state is welcoming an increasing number of tourists, the World Bank had already invested $200 million in upgrading the Lungi international airport in the capital Freetown.

President Bio's government plans to turn Lungi into a national commercial hub and conference center, complete with new roads and a bridge leading to the facility.

Sierra Leone is not the first country to turn down one of China's massive investment projects.

Malaysia cancelled $22 billion worth of China-backed projects in August, with Prime Minister Mahathir Mohamad saying "we don't need" them, that they would only serve to push Malaysia further into debt, and that it would give Beijing undue power in his country.

Sri Lanka has also found itself in hot water over Chinese investment. With Sri Lanka's strategic location between the Horn of Africa and southeast Asia, Beijing has been only to happy to step into the country's debt crisis and pump billions in loans and aid to the country, heartily encouraged by former President Mahinda Rajapaksa.

But the question of Chinese influence has kept other foreign investors away.

Perhaps no project is more symbolic of China's large-scale ambitions than the "Port City" in Sri Lanka's capital Colombo. A land reclamation and construction project so massive, it will likely take over 25 years to complete, and has already been criticized for being behind schedule.

A few years ago, Sri Lanka had a booming tourism industry and promising infrastructure projects that made global headlines. Now the country is broke. What went wrong?