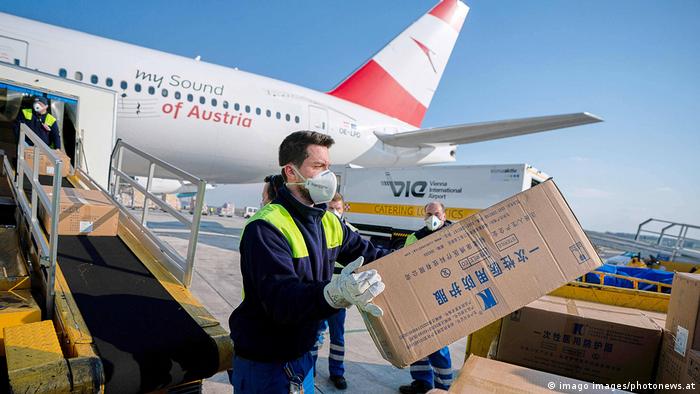 The number of new COVID-19 infections in China continues to fall, and even people in the province of Hubei are now being allowed to travel, with certain restrictions. The lockdown in Wuhan is due to be lifted on April 8. The Chinese economy has slowly but steadily taken off again, which in turn is having a positive impact on that of its neighbors. That is important, as China and Asia make up some 30% each of global economic growth. China already trades more with the rest of Asia than with the US, but there is plenty of potential for more.

Elsewhere in the world, there is some envy of the increasingly relaxed situation in the erstwhile epicenter of the virus. Many countries are concerned that their health systems might collapse entirely — China was able to prevent such a scenario by introducing unprecedented quarantine measures.

Aid from China to the world

Without taking any time to recover, China has now launched a global aid offensive to help the countries worst-affected by the coronavirus. It has sent millions of protective masks, hazmat suits and test kits to the EU, in particular to Italy, Spain, France and Austria, and has already dispatched aid to the Philippines, Pakistan, Sri Lanka, Iran, Iraq and several African countries. It has also sent out teams of doctors who have experience of the pandemic and can provide help and advice to other countries. In a recent message to German Chancellor Angela Merkel, Chinese President Xi Jinping said that "public health crises pose a common challenge for humanity, and solidarity and cooperation are the most powerful weapon to tackle them." 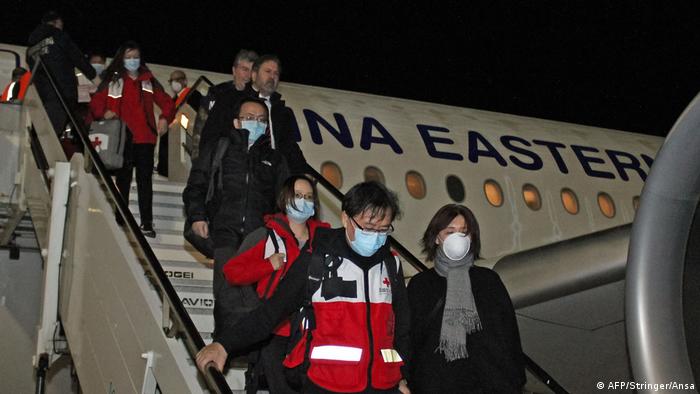 China is returning the help that it received from the EU, which in January alone amounted to 50 tons of medical supplies. It is actually easier for Beijing to provide such supplies, considering most — from protective masks to ventilators — are made in China. Companies such as Beijing Aeonmed are running at full speed to maintain production of such supplies for other countries hit by the crisis. And it is not only medical supplies but knowledge that China is exporting, since no other country has as much experience in dealing with the coronavirus.

Most of the studies and data about the virus are still coming from China. Possible vaccines have been tested in Wuhan and elsewhere. Chinese doctors know how important it is to carry out extensive testing for infection and how to protect medical staff from contagion. Though no country can be compared to another on a one-to-one basis, there are good reasons for others to listen to them: The Chinese are the ones who can fill the global vacuum of knowledge.

Washington is no longer reliable

While the US coordinated the international aid efforts during the Ebola epidemic of 2014, the country under President Donald Trump has proven that it is no longer a reliable partner. For a long time, Trump continued to talk of "the Chinese virus" to distract from his administration's irresponsible actions and refused to take the situation seriously. His administration even tried to persuade the G7 to adopt the formulation "Wuhan virus," but in vain. And even if Trump had decided to take on the role of world savior, it would be hard to trust a person whose motto is "America First."

The EU, for its part, is as usual too worried about itself to take on a leading global role. Instead of going all out to show that it is a community based on shared values and solidarity, its member states unilaterally closed borders and even refused to export medical supplies to others at first. If this was perhaps an understandable initial reaction, it also gave the impression that each member was looking out for itself. This has changed somewhat, and now, for example, French and Italian patients are being treated in hospitals close to the border in Germany and Switzerland.

Lack of trust on the edge of the EU

But one should perhaps be worried that it seems sometimes to be faster and less complicated to receive aid from China than from the EU. Even before the coronavirus crisis, some countries on the edges of the bloc trusted Beijing more than Brussels. And this crisis will further strengthen this tendency. Serbian President Aleksandar Vucic recently said that European solidarity was a "fairy tale." "We are waiting for our Chinese brothers here," he said. "Without you, it turns out that Europe is having difficulty defending itself; we do not hide the fact that we cannot [defend ourselves]. Without China and our Chinese brothers, we are incapable of doing so." 'The enemy is the virus, not the people. Come on China!' reads this poster in Milan

There are other candidates that could well challenge China's role as the best model, however. Taiwan and South Korea were both able to get the virus under control without declaring a total quarantine, and both reacted faster than China, where censorship played a detrimental role and caused hesitation before crucial measures were introduced. COVID-19 may not be a "Chinese virus," but Beijing cannot be the only one to receive praise for its response.

Nonetheless, China is making the most of the current situation to regain trust on a global scale. The question of who will be the first to bring a vaccine onto the market will play quite an important role here.

Gabby Petito: US authorities find body believed to be of missing woman 0m ago

US starts flying Haitian migrants home from Texas 3h ago