Should Germany's ban on egg donation be lifted? 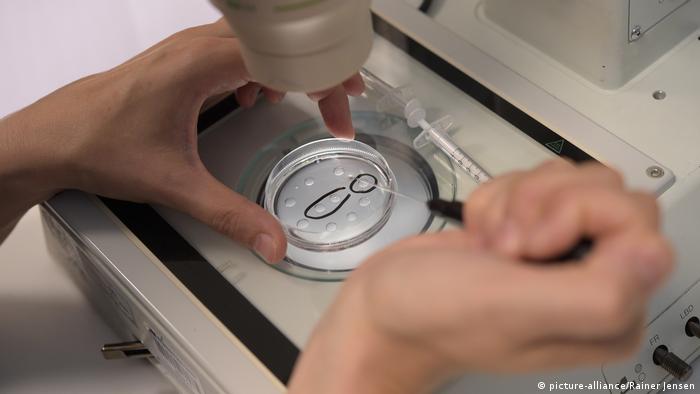 It's time that women in Germany were allowed to donate eggs and become surrogate mothers, according to at least one of the country's major political parties, as well as the German National Academy of Sciences Leopoldina.

Germany is one of only four countries in central and western Europe where egg cell donation or surrogate motherhood is completely forbidden, a ban that many now consider outdated given the advances in medicine.

The German law governing reproductive medicine, the 1990 Embryo Protection Act needs an update, according to a report published at the end of last year by the Leopoldina.

"For many people, having children and starting a family is one of life's essential experiences and is a fundamental requirement for shaping the future of society. Assisted reproduction has been available for several decades," the report said.

"Reproductive health professionals in Germany should not be prohibited by relevant legislation from carrying out treatment in accordance with the latest international scientific standards," the report recommended.

At the same time, the academies insisted that money should never be a factor: "Gametes, pre-nucleus stages and embryos must not be traded commercially. Only reasonable expenses may be paid for the donation." 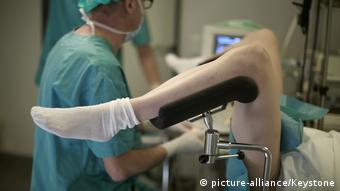 The report triggered a quick backlash. In early January, a group of journalists, academics, and feminist organizations published a statement calling for Germany's ban to be maintained. Their argument went that both egg cell donation and surrogate motherhood were always founded on social inequality, and that, in practice, it is impossible to take money out of the procedure.

"Does anyone actually do that?" wondered Erika Feyerabend, one of the authors of the statement and member of the BioSkop Forum, a research organization that tracks the moral debates around medical advances. "I mean, people accuse women of a lot of things, but at least internationally we haven't seen that extent of altruism. It never happens completely without money."

"We do find that only women who live in precarious circumstances become surrogate mothers," she said. In many countries, Feyerabend pointed out, surrogate mothers often have to sign contracts, drawn up by motherhood agencies, which determine how they eat, prenatal diagnostics, and even when they are allowed to have sex. "In some circumstances, they are basically under observation for nine months," she said.

Nor is egg cell donation without discomfort: it involves daily hormone injections and the cells have to be extracted under anesthetic.

Better to regulate than to exile

But others argue there are reasons why the law needs to be revised to allow non-commercial reproductive medical services. Katrin Helling-Plahr, Bundestag member for the business-friendly Free Democratic Party (FDP), says she has heard from many couples who want children and have told stories about how difficult it is to even get the right information about their options.

"Critics are, in fact, offering the best arguments for legalization," she told DW. "At the moment, we're pushing all the people who want to claim such a service abroad, where there are only commercial options."

"Of course no one has the right to interfere with anyone else's body," she added, "but if someone decides autonomously to donate egg cells or to be a surrogate mother, I think that argument no longer applies."

Egg cell donation and surrogate motherhood are heavily commercialized in many countries, including the US and Russia, but in Europe legal restrictions often mean that the commercial aspect is limited.

Sociologist Sara Lafuente-Funes, of the Goethe University Frankfurt, studied the issues in her native Spain, where the relatively liberal regulations mean a lot of European women trave there to buy donated egg cells.

Spanish law stipulates that financial compensation is not allowed to be the motivation for the donation – but in practice, that is not exactly how it works. Spanish women receive compensation of €1,000 ($1,100) for donating their eggs: which works out at more than the average monthly income for Spanish women under 26.

"The problem here is that the minimum wage is below the amount you get for donating cells," Lafuente-Funes told DW. "In the case of Spain, the financial compensation plays a key role in the fact there are so many donors."

Another key feature of Spanish law is that it mandates anonymity —  you cannot deliberately donate to a friend. That means women can donate their egg cells knowing that the children conceived by those eggs will never have the right to learn their identities. That is not the case in other European countries, such as the UK, where children have the right to contact their biological parents once they are 18.

Lafuente-Funes takes a scrupulously neutral, academic view of the debate. "I am not for a ban or against a ban," she says. "I just think there should be more awareness and broader social debate around it. A lot of people don't know that this has been happening, especially the international side of it."

But she does say: "I think there is a lot of pressure around the commercialization of these transferences of reproductive capacity, and I think it's important to listen to the voices that resist this commercialization."

As it happens, there is unlikely to be a majority in the current Bundestag either for legalizing egg donation or surrogate motherhood, as the German parliament is dominated by the conservative Christian Democratic Union (CDU) and the Christian Social Union (CSU). Many MPs in the Social Democratic Party, the Greens, and the Left party are also skeptical of lifting the ban.

IVF and the future of reproductive medicine in Germany

The world's first test-tube baby was born in 1978. Four decades later, gynecologist Wolfgang Würfel says there are still open questions about the limits of in vitro fertilization, particularly in Germany. (25.07.2018)