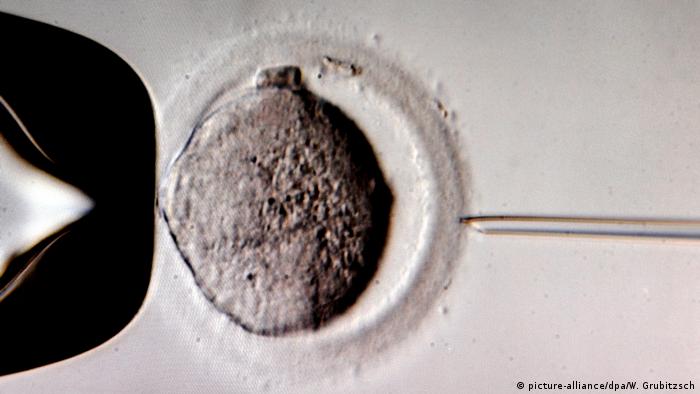 Doctors and medical ethics experts from the German Academy of Sciences Leopoldina and the Union of German Academies of Sciences and Humanities called for a new reproductive health law in Berlin on Tuesday (June 4, 2019).

The medical experts say that every year thousands of couples who want to have children get treatment abroad because the options available to them there are currently banned in Germany.

It also forbids women to act as surrogate mothers. The same applies in 12 other European Union member states.

"German legislation limits our options," said Ulrich Hilland, chair of the Federal Association of German Centers for Reproductive Medicine, to the dpa newsagency.

Hilland says that German law is especially "repressive." He says it criminalizes things that are legal elsewhere, and that the science has shown it to be long out-of-date.

"It's inadequate," agrees Claudia Wiesemann, director of the department of Medical Ethics and History of Medicine at the University of Göttingen.

Wiesemann is part of the same working group and also Vice President of the German Ethics Council. She says the existing law is too restrictive on the protection of human eggs in vitro (outside of a woman's body).

However, those provisions can increase the risks for embryos in vivo (for the child during pregnancy) and for the pregnant woman, says Professor Wiesemann.

Here are the group's main recommendations:

Wiesemann criticizes medical insurance companies in Germany for viewing artificial insemination as a private, lifestyle matter — rather than as a medical matter.

The group wants involuntary childlessness to qualify as a "physical disability," and that, as a result, insurance companies cover the costs of an artificial insemination.

At present, insurance companies cover about 50 percent of the costs, but only for married couples.

If couples go abroad for a human egg donation, insurance companies pay nothing.

That means that women, who want to have an artificial insemination, are required to have their own eggs removed prior to a procedure.

One of the reasons for the ban on egg donations was a wish to protect potential donors. A female donor would have to undergo a long hormone treatment. And there are risks during the operation, which takes place under anesthesia.

She also says there are fewer health risks for donors today. The ethics expert says it's more a question of justice and enabling infertile women, who are unable to produce their own eggs, to get pregnant. 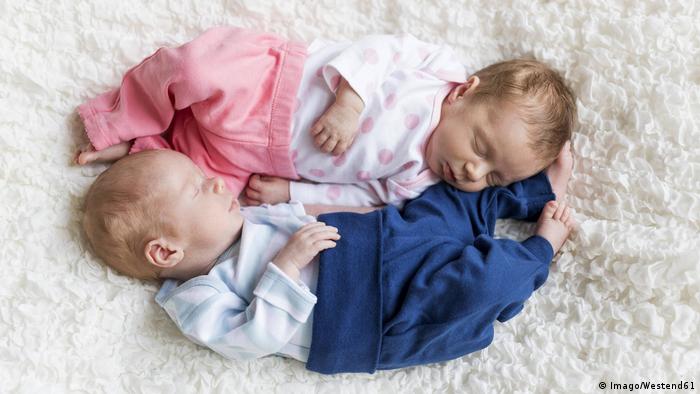 When implanting more than one embryo, there is an increased chance of giving birth to twins.

The average birthrate through artificial insemination (according to German statistics) is relatively low at about 15 to 20 percent.

So doctors in Germany often implant two to three embryos at the same time to raise the likelihood of a successful pregnancy.

But that can also lead to higher rates of twins — in about one in every five cases. And twin pregnancies can carry greater risks for both the babies and their mothers. Many people take the risk if they've experienced a failed IVF or artificial insemination with just one or two embryos, so as to avoid spiraling costs.

In their recommendations, the medical experts say it's imperative to choose just one embryo — the one with the best chances of developing healthily. The process for that is called Elective Single Embryo Transfer.

While human egg donations remain illegal in Germany, infertile women are allowed to have pre-fertilized embryos from other women implanted.

Those embryos are a by-product of artificial insemination, because doctors tend to fertilize more eggs with sperm than those that can later be implanted into the woman's uterus.

When sperm enters an egg, it produces a pronuclei. And when that happens, doctors select the eggs with the best chances of developing into embryos.

Unused pronuclei are either destroyed, or frozen so that they can be used later. But as the law stands, it's forbidden to donate those pronuclei to other women — as opposed to the unused embryos.

And it's here that the medical working group would like to see embryos and pronuclei on an equal footing.