IVF and the future of reproductive medicine in Germany | Germany| News and in-depth reporting from Berlin and beyond | DW | 25.07.2018

IVF and the future of reproductive medicine in Germany

The world's first test-tube baby was born in 1978. Four decades later, gynecologist Wolfgang Würfel says there are still open questions about the limits of in vitro fertilization, particularly in Germany. 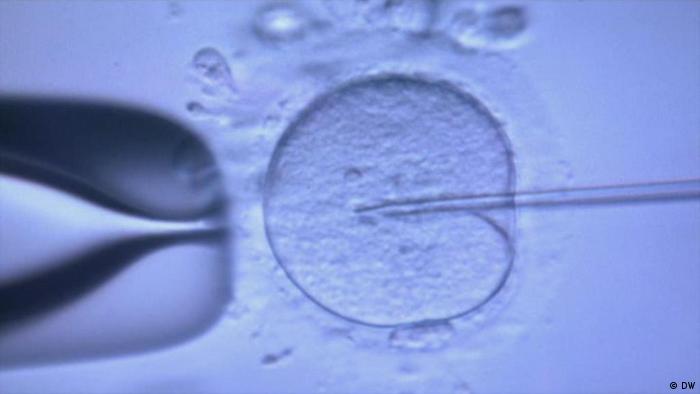 On July 25, 1978, Britain's Louise Joy Brown became the first human baby ever to result from in vitro fertilization (IVF). Just four years later, this breakthrough in reproductive medicine also resulted in a baby in Germany. Experts now estimate that, to date, some 5 million babies owe their existence to the technology. But the field of reproductive medicine has changed drastically since the birth of Brown.

DW: In 2016 alone, there were more than 100,000 in vitro fertilization treatments in Germany. Why has this number increased so drastically?

Wolfgang Würfel: The growth in demand has to do with two things. First of all, awareness has greatly increased. The population is aware that there is such a thing as reproductive medicine — something that used to be treated with much more discretion. And the second thing is that the techniques and the knowledge that make up reproductive medicine have advanced rapidly, making it possible to help all sorts of reproductively-challenged couples.

What are the chances of becoming pregnant through IVF now, compared to what they were back in 1982, when the first German baby was born via the procedure? Forty years ago, Louise Joy Brown became the first ever baby to result from IVF

The chances of becoming pregnant with the help of reproductive technology are much better now. Of course, it still depends on the age of the patients, but on average, a couple that undergoes three rounds of IVF has a 60 to 65 percent chance of a pregnancy.

Are attempts being made to increase the pregnancy rate?

That's a tricky question, in that reproductive medicine is, to an extent, limited by the ability of an individual embryo to implant itself in the womb and lead to a pregnancy. We know today that many embryos that are created display genetic anomalies that are not compatible with pregnancy. For example, 60 percent of the embryos in a 40-year-old patient are genetically abnormal; for a 45-year-old patient, that figure is 90 percent. So the question is, does it even make sense to transfer such embryos? It doesn't make any sense to transfer genetically defective eggs, because they're almost certain not to thrive.

Are you and your colleagues already doing everything that is technically possible, or where do you draw the line?

There are many court verdicts in this area, because Germany remains the only country in Europe that does not have a law to regulate reproductive medicine — we're still far from having any comprehensive guidelines. There are only real limits in two areas. The first is egg donation. German women who want to use donor eggs have to go abroad, because that practice is illegal here, as is surrogacy. All other options are possible in Germany, including — surprisingly — embryo donation, and genetic testing on egg cells — within certain legal limits, that is. This means that German reproductive medicine is not just average compared to other countries, but rather above average, despite what many people think about the situation here. 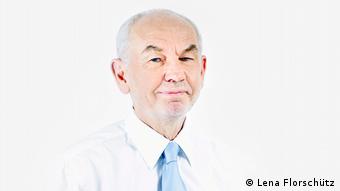 Wolfgang Würfel is a professor of gynecology in Germany

For you personally, what are the ethical limits?

Reproductive technology is a field where doctors and scientists have access to human eggs, sperm cells and early stage embryos. So in theory, it is possible to intervene at the genetic level, to manipulate the genes in egg cells, sperm cells, or embryos. But that's not something that I would ever personally condone. First of all, because we just don't know what we're doing — no one has any experience in such techniques. It would involve experimenting with human life, and for me that is out of the question. Even if it were possible.

What will the future of reproductive medicine look like?

One of the biggest problems that we have yet to solve is how to help older women who want to have children, and when I say older, I mean 40 and up. A woman's eggs are as old as she is, plus six months — they are created when the fetus is three months old. And the eggs play the biggest role in fertility, not the sperm. That's why 90 to 95 percent of fertility treatments carried out abroad make use of donor eggs. I'm pretty sure that no woman would resort to a donor egg abroad if pregnancy with her own eggs were possible. So that's where I see a big need for more research.

The second area is where reproductive medicine meets socio-political and cultural implications. And I want to be really clear here. Since we have decided that marriage is now for everyone, that means that we have also decided that everyone, no matter in what configuration, has the right to start a family. That includes homosexual men. The next logical step is thus towards surrogacy, because it's the only way. This is just one example of how reproductive medicine is, to some extent, being instrumentalized.

Wolfgang Würfel is a professor of gynecology and co-founder of the Kinderwunsch Zentrum (Fertility Center) in Munich.

A German man was forced to pay child support for a son he never agreed to have after his ex-wife used his sperm samples for IVF treatment. European laws on who are parents have been slow to adapt to changing societies. (03.05.2018)