Confidential birth: a safe, private way out for pregnant women | Germany | News and in-depth reporting from Berlin and beyond | DW | 12.07.2017

Confidential birth: a safe, private way out for pregnant women

Germany's confidential birth law was passed three years ago. More than 300 women have made use of it and have given birth almost, if not fully, anonymously. But experts say the measure doesn't help all women in need. 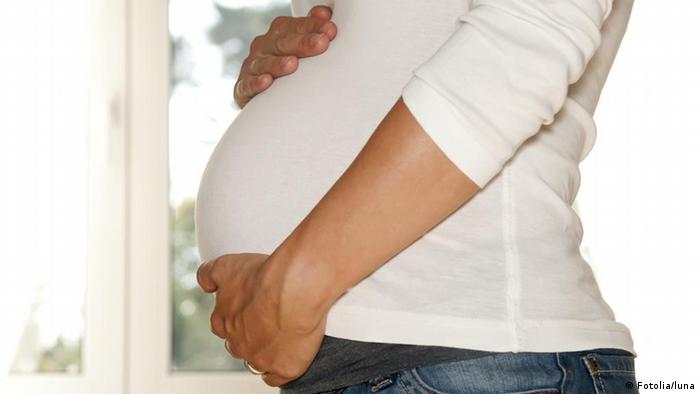 It's a desperate situation: women who are pregnant and don't want anyone to know have few options when it comes to the birth of their child. If they need to hide their pregnancies from oppressive parents or violent husbands, leaving their full name and a contact address with a hospital in preparation for the birth is often out of the question.

To help these women, the German government legally established the possibility of confidential births in May 2014. Under this law, a woman can call a free, 24/7 hotline anonymously to get help immediately. Professionals will refer her to a nearby counselor.

If the pregnant woman decides to go through with a confidential birth, she can then get the medical help she needs and give birth in a hospital or with a midwife without having to reveal her identity. The baby is usually placed into state care and put up for adoption.

Three years later, the German family ministry presented an evaluation study of the law on Wednesday. Since May 2014 there have been 335 confidential births in Germany - more than 100 a year.

"Many pregnant women who want to keep their pregnancy and motherhood a secret choose the confidential birth as an alternative to places where you can anonymously drop off your baby," doctor Jörn Sommer, who headed the study about the law for the German government, said.

Even before the law was passed three years ago, there were a number of so-called baby deposits, or baby hatches, in Germany. These are rooms, usually connected to a hospital, where desperate mothers can place infants without contact to anyone. As soon as a baby is placed in the little bed behind a hatch, an alarm will go off that alerts staff members who will take care of the baby. 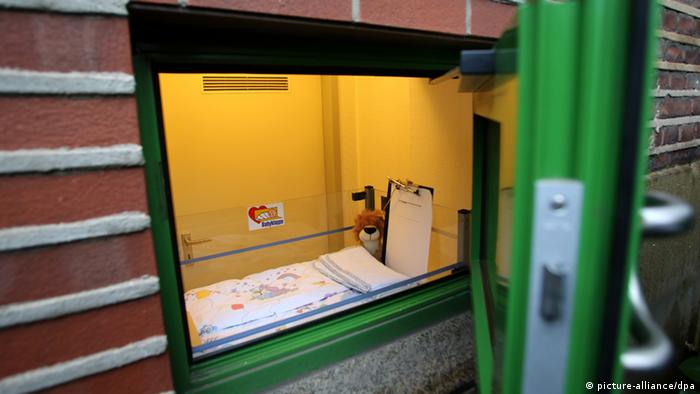 A so-called baby deposit in Duisburg

The decisive difference between these baby deposits and a confidential birth: a boy or girl placed in a baby deposit is usually deprived of the chance to learn anything about their parentage. The government considered this a violation of the child's right to know his or her origin.

That's why, under the confidential birth law, the pregnant woman has to reveal her name to her counselor. Her identity won't be revealed to anyone else during her pregnancy or after giving birth. But when the child turns 16, he or she is given access to the birth mother's personal details and can contact her.

"This is a good solution for mother and child," the German minister for Family Affairs and Women, Katarina Barley from the Social Democrats, said on Wednesday. "Both of them receive medical care during birth and the child can later find out where he or she came from."

The German Midwifery Association is thankful that the law has provided doctors and midwives with a clear legal framework and still lets them aid women in need.

"In general, this law is very important because it helps women who are in an extremely difficult situation," Katharina Jeschke, a member of the association's management board and a midwife herself, told DW. "It ensures that the women are receiving medical and psycho-social support during their pregnancy, the birth and right after. It has also helped hospitals and midwives who were on shaky legal ground when a woman wanted to remain anonymous before the [confidential birth] law." 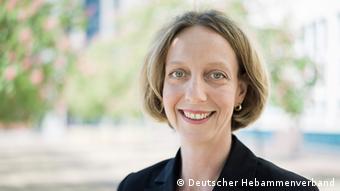 Jeschke: If you're in an emergency situation, you might not have the cognitive abilities needed to go through the steps for confidential birth

"There's a number of different crisis situations that these women could be in," Jeschke said. "We normally expect that a pregnant woman is capable of seeking help from the appropriate institutions. But we've seen that not all women are able to get this help, which is why some abandon their babies somewhere or put them in the baby deposit. We want to help these women, who are in emotionally exceptional circumstances as well."

The Waldfriede clinic in Berlin was the first hospital in Germany with a baby deposit, which has been available since September 2000. It also offers women the opportunity of a completely anonymous birth. One of their chaplains, Gerhard Menn, compares his work at the clinic with that of a priest taking confession.

"Some women who come to us are ashamed that they are pregnant. If they're from a Muslim background, there's even the issue of honor killings to consider. Some are experiencing domestic violence or have been raped," Menn told DW.

"They do not want any state authority to have their information, to know that they're pregnant. That doesn't work with confidential birth. Here at the clinic, they come to me, a pastor - and I assure them that what they tell me is fully protected."

'I want my child back'

Another reason Menn says it would be "fatal" for confidential birth to replace the kind of work he and his colleagues at Waldfriede do: under the law, the chaplain says, it is rather complicated for women who change their mind a few days or weeks after the birth to get their baby back. The process at Waldfriede allows women to change their mind up to two months after the birth. 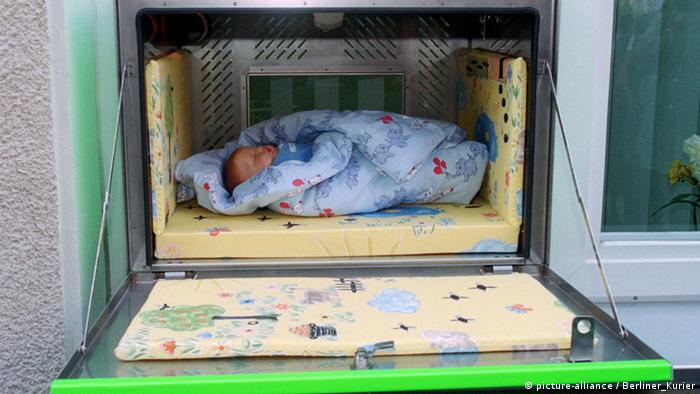 "I received an email today from a woman who gave birth here two years ago," Menn said. "After she had given birth here, she behaved different from other mothers. She stayed at the clinic longer than she had to and spent all her time nursing the baby and cuddling with her. She eventually left and the baby was put up for adoption.

"But the mother still called me every day to ask how the baby was doing and I told her she had been placed with an adoptive family. About a week later, she called again. 'I've finally spoken with my parents and my pastor,' she said. 'I want my child back.' She and her father went to the adoptive parents the next day; it was a very emotional situation for everyone, but she got her child back.

"She sent photos to me this morning: an alert little girl and a happy single mom."

Stories like these, Menn says, are the reason he believes it should be easier for women to change their mind and keep their child after a confidential birth.