New law to give orphans right to know mother′s identity | Germany| News and in-depth reporting from Berlin and beyond | DW | 10.06.2013

A new law will give children of anonymous births the right to know their mother's identity. But some experts criticize the law for not abolishing so-called "baby hatches." 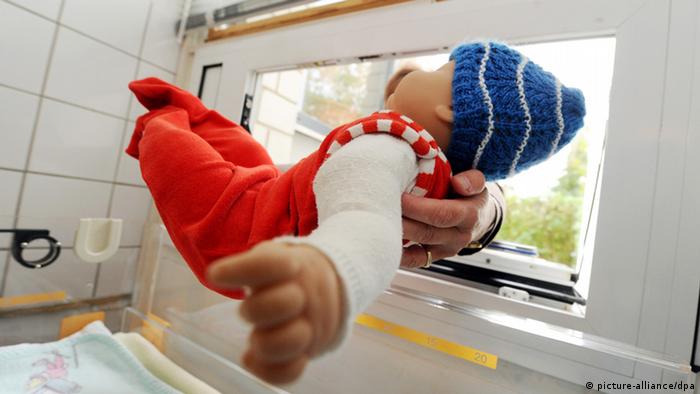 Did I inherit my blue eyes from my mother? Is my father also a late riser? How much do I resemble my siblings? For most people, knowledge of their family heritage is essential to their identity.

In Germany, a system of so-called "baby hatches" allows desperate mothers to anonymously turn over their newborns to hospitals. These infants, raised by adoptive parents, usually have no way to learn about their biological parents later in life. 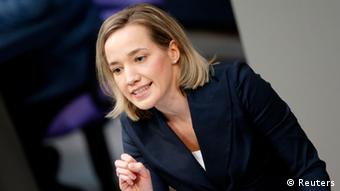 Supporters, such as some church representatives, see baby hatches as a way to prevent the deaths of unwanted children. But critics like the German Ethics Council argue that all children have the right know where they come from.

On Friday, the lower house of the German parliament, the Bundestag, passed a law that aims to regulate anonymous births. Family Minister Kristina Schröder said the law was a "sign of unity with those in need of protection in our land." Now, the upper house, the Bundesrat, has to approve the measure.

Mothers in dire circumstances can deliver their children anonymously at hospitals in Germany. Under the new law, the personal information of the mother is recorded and kept in a sealed envelope by federal authorities until the child's 16th birthday.

The child then has the right to find out the name of his or her mother - unless the mother refuses. She can ask that her files not be given out, if she fears the reaction of her family or feels threatened. At that point, a family court decides.

The law makes a major contribution on the one hand to the rights of the child, who wants to know his or her origins," Bernd Wacker, an expert on adoption with Terre des Hommes, told DW. "On the other hand, it also grants the mother a temporary anonymity, at least in her immediate social circle."

Knowing the identity of your biological mother is not an act of mercy, according to Wacker. Instead, it is a right. But the new law is ill conceived, Wacker adds, because it does not get rid of the baby hatches. 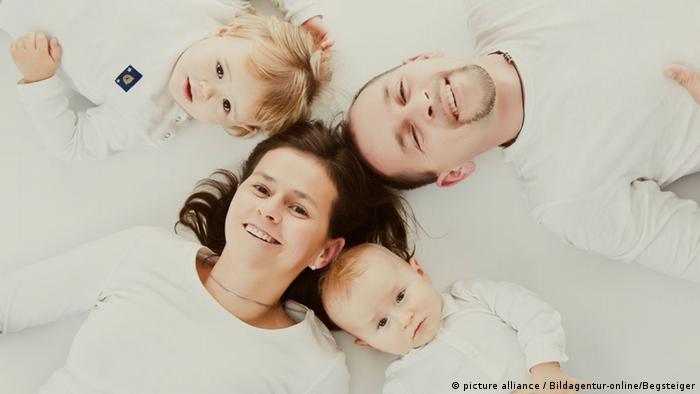 Children want to know which traits they inherited from their parents

Since 1999, baby hatches have been offered in Germany at institutions like outreach clinics and hospitals. At these institutes, there is a small door, behind which is a heated crib where the baby is laid. When the hatch closes, an alarm sounds and medical personnel fetch the baby. The child is later given a foster home.

In the first few weeks, the mother has the right to ask for her child back. According to a study by the German Youth Institute, almost 1,000 children were given away in this manner between 1999 and 2010.

For Terre des Hommes, the baby hatches have no impact and are therefore useless.

"The past 12 years have shown that the goal of the baby hatches and anonymous births - namely, that the number of killed or abandoned newborns would decrease- has not been achieved," Wacker said.

Around 35 babies are killed or abandoned every year in Germany. The number could actually be higher, since babies are found buried in dumpsters, flower pots or in the forest.

For the German Midwives' Association, the new law does not go far enough.

"The law reaches only a small group," Katharina Jeschke, with the Midwives' Association, told DW. "Namely, those who - when they give birth confidentially - also want to give their kids away."

According the Jeschke, the law misses the chance to help women who give birth to their children anonymously, but do not necessarily want to give their newborns up for adoption. Mothers who come from violent families or who are forced to work as prostitutes often decide to keep their infants.

Jeschke believes that anonymous births should be available to all women, independent of whether they decide to keep their child or not.

A parliamentary inquiry has concluded that quality of life can no longer be judged based on the country's economic performance alone. Now, the question is what other factors need to be considered. (09.06.2013)