The German government wants to slightly ease the law concerning doctor-patient communication about abortions. But few people are thrilled by the draft changes. Abortion advocates in particular are up in arms. 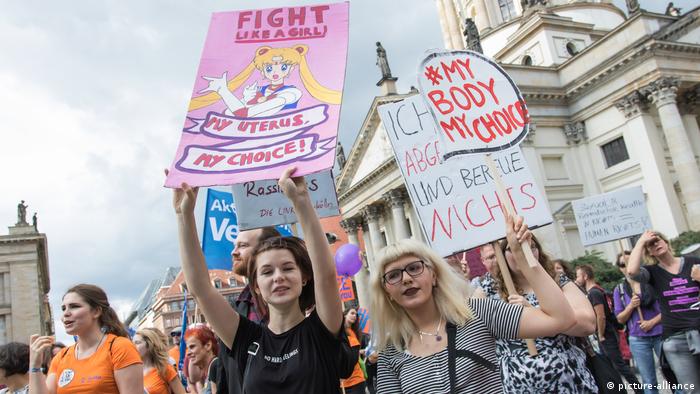 The abortion debate in Germany has rekindled after a government decision to narrow the country's prohibition on doctors advertising pregnancy terminations. At present, Paragraph 219a of the criminal code imposes a blanket ban. Following charges brought this year against a trio of gynecologists, Germany wants to precisely define the sort of information doctors are allowed to pass on.

A vote on the draft legislation isn't expected until early next year, but Bundestag deputies immediately seized upon the opportunity to put abortion back in the spotlight.

The far-right populist Alternative for Germany (AfD) party, which is staunchly anti-abortion, introduced a special debate session on Thursday afternoon to discuss calls by the youth division of the Social Democrats (SPD) to strike the main abortion laws from the books. The AfD claimed, falsely, that the proposal would have allowed for terminations in the ninth month of pregnancies, for which the populists earned the approbation and scorn of the other parties.

Meanwhile, the center-right Free Democrats (FDP), which emphasizes individual civil liberties, put forward a resolution to repeal Paragraph 219a entirely. But it was show down late Thursday evening by the governing coalition of conservatives and the SPD.

Conservatives and progressives simply don't see eye-to-eye on the issue, which could represent a problem from the governing coalition as the SPD itself is split. Abortion advocates hate the proposed amendment of 219a, while traditionalists are mainly happy that it preserves the essence of a historic restriction.

The specter of Nazi disregard for human life makes the abortion issue particularly fraught in Germany. On Wednesday evening, Annegret Kramp-Karrenbauer — the newly elected and usually moderate chairwoman of the conservative CDU — tweeted: "The protection of life, unborn and born, has an overriding significance for the CDU. It's good that the ban on advertising remains."

But Paragraph 219a itself dates all the way back to 1933, and for more than sixty years, abortion was strictly taboo. It wasn't until 1995 that German law was changed to decriminalize pregnancy terminations, although abortion technically remains against the law.

German law mandates that women having abortions undergo consultations that, legally, "are to serve to protect unborn life, encourage the woman to continue her pregnancy and open up perspectives for a life with her child." It also forbids any advertising for abortion services.

It was under this blanket ban that three doctors were charged this year for referring to the possibility of pregnancy termination on their websites. The draft legislative amendment agreed by the governing coalition of conservatives and Social Democrats (SPD) aims to prevent that in future by having the state determine in advance what sort of statements are permissible. But abortion advocates are anything but happy. 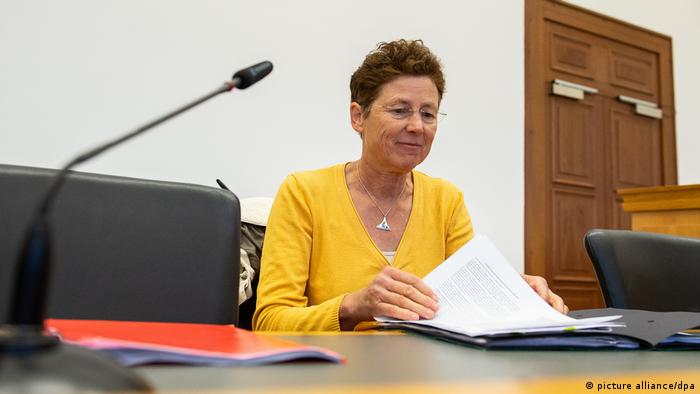 'The proposal does absolutely nothing'

In a joint statement, the three gynecologists charged under the existing law vigorously rejected the proposed changes, saying lawmakers lacked the courage to change an outmoded ban.

"As the doctors affected by the criminal charges, we're appalled," they wrote. "On closer examination, this supposed compromise proposal does absolutely nothing. Paragraph 219a continues to exist in its entirety, including its threat of two years' imprisonment."

A particular bone of contention is the government's plans to commission a study about purported post-abortion depression among women.

"It's completely incomprehensible why the government formulated the idea for a study about the psychological effects of abortion," said the reproductive rights organization pro familia in a statement. "Post-abortion syndrome is an invention of those who oppose reproductive self-determination and has nothing to do with the right to abortion information.

The number of abortions in Germany (100,000 in 2017) has markedly declined in the new millennium, but advocates complain that anti-abortion protests are on the rise and increasing in vehemence. They say websites such as the infamous "Babykaust," which compares abortion with the Holocaust, incite violence and make physicians afraid to do their jobs. And the proposed law, they object, does nothing to change this situation.

Together with the FDP and the youth wing of the SPD, the Greens and the Left Party favor a complete abolition of the advertising ban. Pro-life groups are happy that Paragraph 219a will be preserved

'Thankful conservatives stuck to their guns'

By contrast, pro-life and church organizations support the government's approach.

"We're very thankful that the conservatives stuck to their guns and preserved the paragraph," Alexandra Lindner of the Federal Association of the Right to Life told Deutsche Welle. "We're especially happy that there's finally going to be a scientific study about the consequences for women."

But some opponents of abortion object to any loosening of regulations. "There is sufficient and very detailed information about abortion, especially on the Internet," Anna Gerber, spokeswoman for the anti-abortion group pro femina, told DW. "That's why we believe that Paragraph 219a correctly criminalizes 'advertising for the termination of pregnancy…in the interests of profit.'"

Lindner explicitly distances herself and her organization from the "excesses" of sites like Babykaust and says that her organization is willing to work with all political parties, including the AfD. But she's highly critical of the FDP's proposal to do away with paragraph 219a entirely.

"It's senseless in every respect and runs contrary to German law and the constitutional guarantee of the dignity of human life," Lindner says. "It's not only unnecessary but counter-productive."

A doctor fined for "advertising" abortions has presented a petition with 150,000 signatures to Parliament, demanding Germany's law be changed. Kristina Hänel says women have the right to information about the procedure. (12.12.2017)